COVID-19: Why the Lab Leak Theory Should Be Formally Investigated

We don’t know how the virus arrived in Wuhan, how its sequence evolved to allow human infection, and under what conditions it infected the first people who crossed its path. 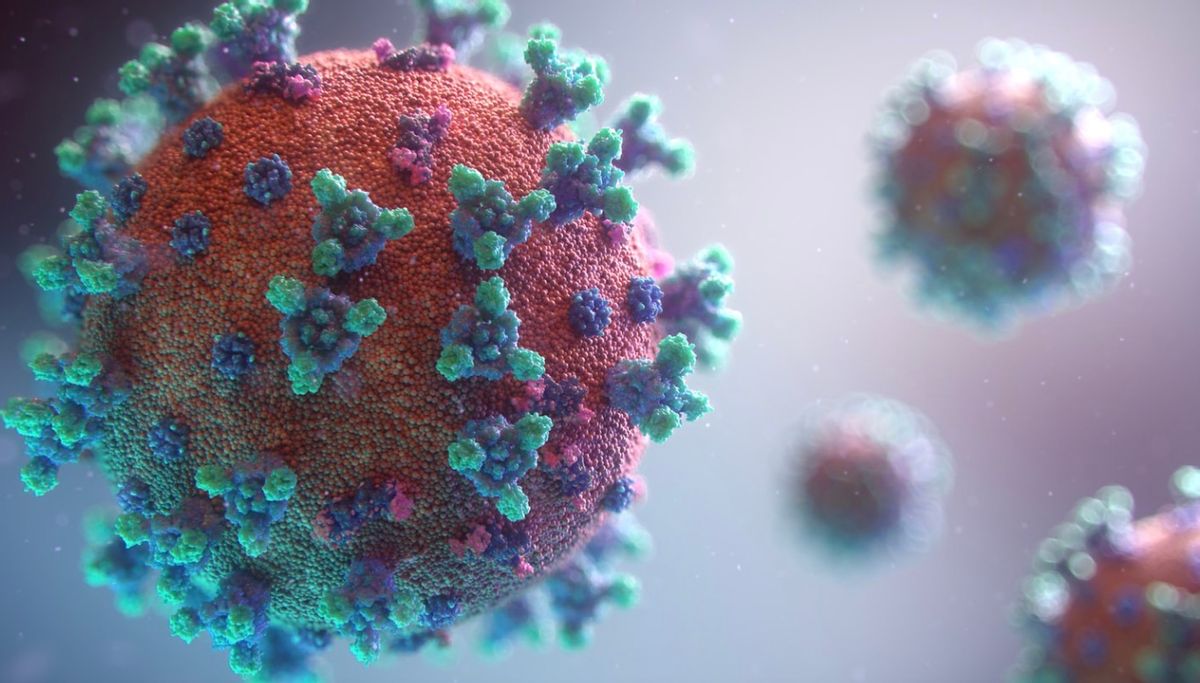 This article about COVID-19 origins is republished here with permission from The Conversation. This content is shared here because the topic may interest Snopes readers; it does not, however, represent the work of Snopes fact-checkers or editors.

A year and a half into the pandemic, we still do not know exactly where the SARS-CoV-2 virus, which causes Covid-19, came from. The prevailing view so far has been that the virus “spilled over” from bats into humans. But there are increasing calls to investigate the possibility that it emerged from a lab in Wuhan, China, where Covid first appeared at the end of 2019.

We know the sequence of the SARS-CoV-2 virus is close to that of bat coronaviruses. Several decades ago its “ancestor” was circulating in bat populations in southern Asia.

But there are still many unanswered questions: we don’t know how the virus arrived in Wuhan, how its sequence evolved to allow human infection, and under what conditions it infected the first people who crossed its path. And for each of these stages, we don’t know whether there was a human contribution (direct or indirect).

Zoonotic transmission pathways, in other words the passage of viruses from animals to humans, are now widely documented around the world. Scientists even consider that this is a principal mechanism for the spreading of new viruses.

But the fact that the pandemic began in the vicinity of a main virus research centre that specialises in the study of coronaviruses with epidemic potential in humans – the Wuhan Institute of Virology – has given rise to another hypothesis, the lab leak theory. Lab accidents have already led to human infections, including the H1N1 flu pandemic of 1977, which killed more than 700,000 people.

Which theory is correct? In the absence of definitive proof, and without promoting conspiracy theories, there needs to be a serious international conversation about the origin of SARS-CoV-2.

In the scientific community, the debate on the origin of SARS-CoV-2 started with the publication of two articles at the very beginning of the outbreak.

The first, dated February 19, 2020, was published in the medical science journal The Lancet. This article, signed by 27 scientists, highlighted the efforts of Chinese experts to identify the source of the pandemic and share the results. The authors deplored “rumours and misinformation” about the origins of the virus, and stated that they “strongly condemn conspiracy theories suggesting that Covid-19 does not have a natural origin”. The authors based their opinion on the first published sequence data, but did not detail the scientific arguments supporting a natural origin. In March 2020, another article published in Nature Medicine provided a series of scientific arguments in favour of a natural origin. The authors argued:

This last argument can be questioned, as methods do exist which allow scientists to modify viral sequences without leaving a trace. These include cutting the genome into fragments that can later be joined together or, more recently, using the ISA protocol, whereby overlapping fragments naturally come together in cells through homologous recombination: a phenomenon in which two DNA molecules exchange fragments. Besides, genetic manipulation is not the only scenario compatible with a laboratory accident or leak.

Meanwhile, intense research that has been carried out for more than a year to try to prove the zoonotic scenario has not been successful so far: all 80,000 animal samples, from some 30 species, have tested negative. The samples came from farm animals and wild animals from different provinces in China. But it is important to note that this large number of negative samples does not refute the zoonotic scenario.

The first articles arguing for the laboratory accident theory received little attention, perhaps because they came from groups like the Bulletin of the Atomic Scientists, which tends to be critical of technology, or outsiders such as the DRASTIC team (an acronym for “decentralized radical autonomous search team investigating Covid-19”).

Composed of 24 self-styled “Twitter detectives” who are mostly anonymous with the exception of a few scientists participating under their real names, the DRASTIC group formed on Twitter in 2020 and has set itself the mission of exploring the origins of SARS-CoV-2. Information and arguments from the group have been examined in their own right, taken up and developed by some virologists, microbiologists and science communicators.

In July 2020, one of the authors of this article, Etienne Decroly, co-wrote a scientific paper discussing the possibility of a laboratory accident. The lab leak theory gained wider traction after a May 13 article in the journal Science, signed by 18 scientists, called again for the origins of SARS-CoV-2 to be examined. 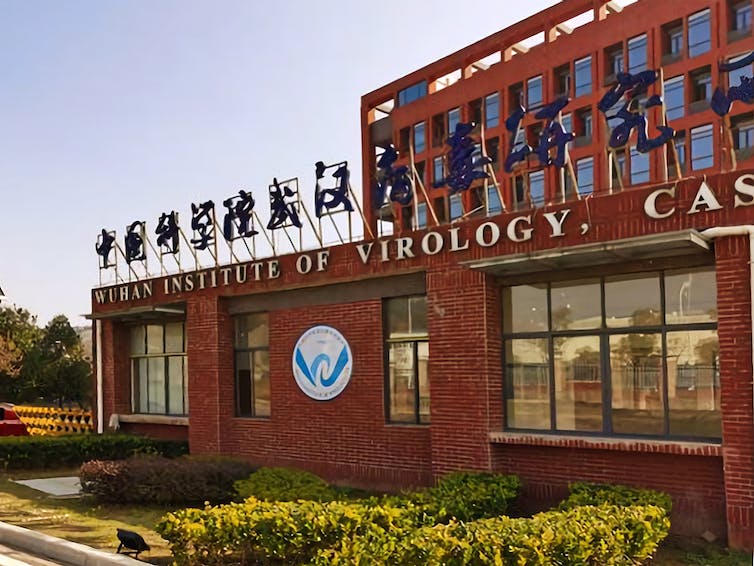 The Wuhan Institute of Virology has been mooted as the potential source of SARS-CoV-2.
Ureem2805, CC BY-SA

So is it possible? Several elements regarding the emergence of the virus do raise questions. In particular, it has been established that the Wuhan Institute of Virology was handling viruses close to SARS-CoV-2 collected in southern China.

In addition to direct genetic manipulation, a laboratory accident could also have occurred as a result of infection during collection in the wild or during an experiment with a virus that evolved in cells or mice in the laboratory, without necessarily directly manipulating its genome.

How can we find out for sure?

In an investigation at the start of this year, a joint commission between China and the World Health Organization (WHO) failed to identify the cause of the pandemic, concluding that a zoonotic origin is most likely and the hypothesis of a laboratory accident is very unlikely. But the director-general of the WHO, Tedros Adhanom Ghebreyesus, announced there were still questions that “will need to be addressed by further studies”.

Determining whether SARS-CoV-2 has escaped from a laboratory will require a more thorough investigation in which investigators have access to sequence databases as well as to the various resources used by Chinese researchers, including laboratory notebooks, submitted projects, scientific manuscripts, viral sequences, order lists and biological analyses. Unfortunately, sequence databases for SARS-CoV-2 have been inaccessible to scientists since September 2019.

In the absence of direct evidence, alternative approaches may provide additional information. By analysing the available sequences of SARS-CoV-2-like coronaviruses in detail, it is possible that the scientific community will reach a consensus based on strong clues, as they did for other outbreaks, including the 1977 H1N1 virus.

Whether the origin is zoonotic or not, it is necessary to question the consequences of our interactions with ecosystems, the industrialisation of intensive breeding, safety protocols on collecting and experimenting on potentially pandemic viruses, and the proliferation of high-security laboratories, particularly those near megacities.

We need to equip facilities that study viruses with safety systems as demanding as those used for studying nuclear energy. This could include the introduction of “biological black boxes”, similar to flight recorders which allow investigators to recreate the final moments of a plane accident. Access to certain high-risk labs could be made dependent on detailed digital descriptions of experiments; sequencing data could be systematically archived; laboratory air filters could be collected, and if there is a suspicion of pathogen dissemination, the genetic material on their surface could be sequenced.

Such new safety measures should be put in place internationally to limit the risk of future pandemics. As for SARS-CoV-2, it is important to trace its exact origins in order to understand precisely what flaws may have led to its spread.