Supermoon: How an Illusion Makes the Full Moon Appear Bigger Than It Really Is

A 'Supermoon' doesn’t actually look that much bigger in the sky compared to a normal full moon -- it's an optical illusion. 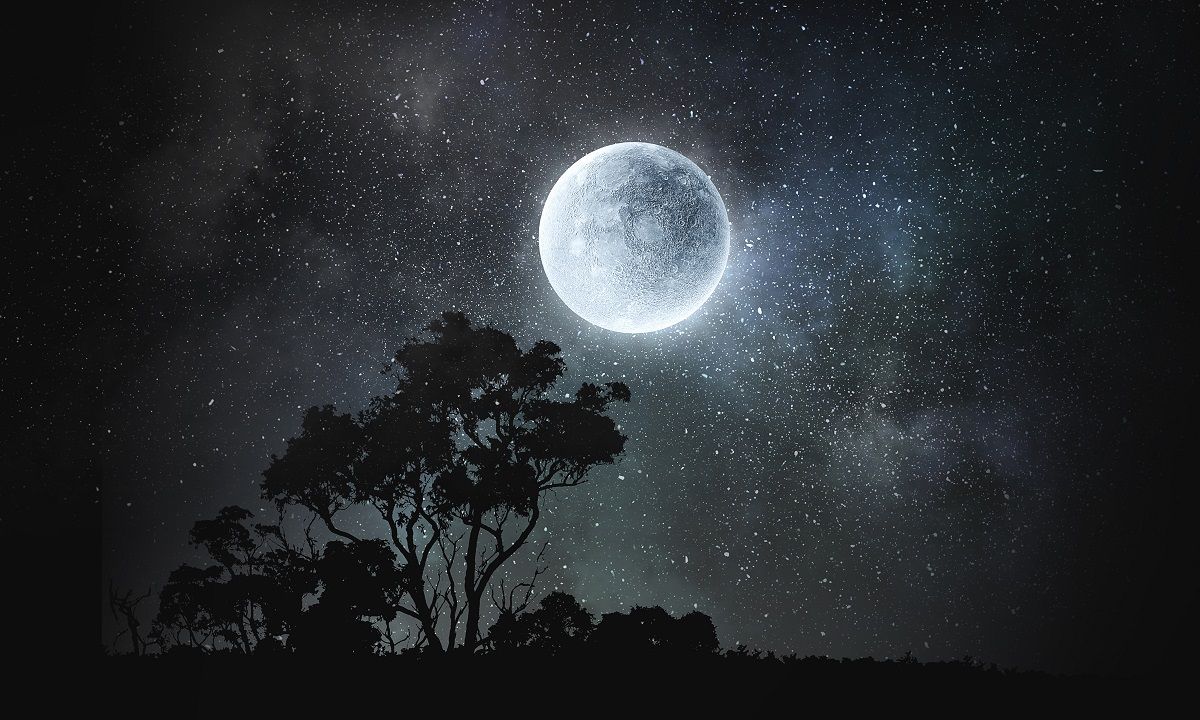 This article about the supermoon phenomenon is republished here with permission from The Conversation. This content is shared here because the topic may interest Snopes readers; it does not, however, represent the work of Snopes fact-checkers or editors.

No matter where you are in the world, and no matter how light the skies are, the Moon is always there. Our only natural satellite has inspired literature, art and science for thousands of years.

As the days lengthen in the northern hemisphere, it gets harder to spot some of the fainter stars in the sky. But our Moon is still there, and every few months we have a special sighting.

Phases of the Moon

When the Moon, the Earth and the Sun are all lined up together with the Earth between the Moon and Sun, sunlight shines on the whole lunar surface and is reflected back to Earth. On Earth, this is known as a full Moon.

When the Moon is between Earth and the Sun, no sunlight can reflect off its surface, and this is a new Moon. In between, only part of the Moon’s surface reflects sunlight, giving it different phases, as you can see in the diagram below. 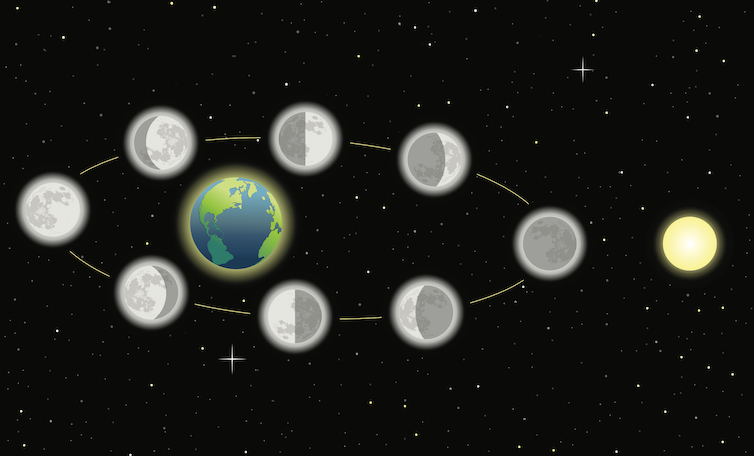 Phases of the moon.
Shutterstock/Redsapphire

What’s more, the Moon’s orbit around the Earth isn’t perfectly circular – it’s a very slightly squashed ellipse. This that means sometimes the Moon is closer to the Earth than at other times. The Moon’s closest approach to Earth is called its perigee, and a full Moon at or close to perigee is called a supermoon.

More technically, it’s also known as a perigee syzygy. The opposite phenomenon – when the full Moon is furthest away from Earth in its orbit – is called an apogee syzygy or micromoon. Obviously the supermoon is not a new phenomenon, but its name is quite new – the word doesn’t appear before the 1970s.

Since the Moon is so big and bright compared to other objects in the night sky, it’s not hard to see on a clear night. To see the supermoon, the issues are working out when it rises and sets.

In the UK, the Moon rises in the east just before 7.30pm on Monday April 26 and sets in the west just after 6.00am on Tuesday April 27. It’ll be low in the sky, so try to get to a high place like a hill to see the supermoon.

If you don’t mind staying up late or getting up very early, look south around 4.40am. The Moon, Jupiter and Saturn will all be low in the sky and visible to the naked eye – a treat for early birds or night owls.

There’s one catch to all this supermoon business. The Moon doesn’t actually look that much bigger in the sky compared to a normal full Moon. But it sometimes looks bigger when it’s closer to the horizon. Why is this, when its size in the sky doesn’t change very much when it orbits closer to Earth?

This is known as the Moon illusion, and it really is an illusion. If you cover the Moon with your thumb, you’ll always be able to block it out, whether it looks tiny high up in the sky or whether it looks huge closer to the horizon. 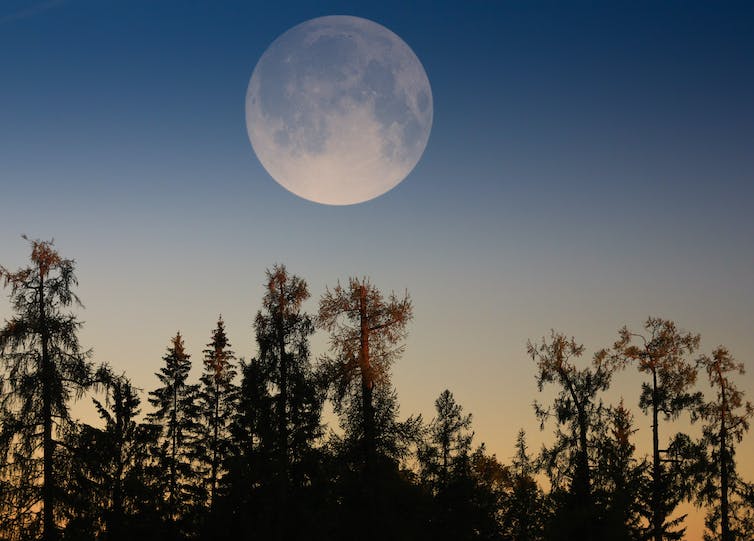 The moon appears bigger when it’s near the horizon.
Shutterstock/Paramonov Alexander

People have known about this optical illusion for thousands of years, but we still don’t completely understand how or why it comes about.

We do know it’s a psychological illusion, and probably at least partly due to the brain thinking that objects near the horizon must be closer to us. There are dozens of competing explanations, and most of them are to do with how our brains process information.