The controversial radio personality passed away after a battle with lung cancer. 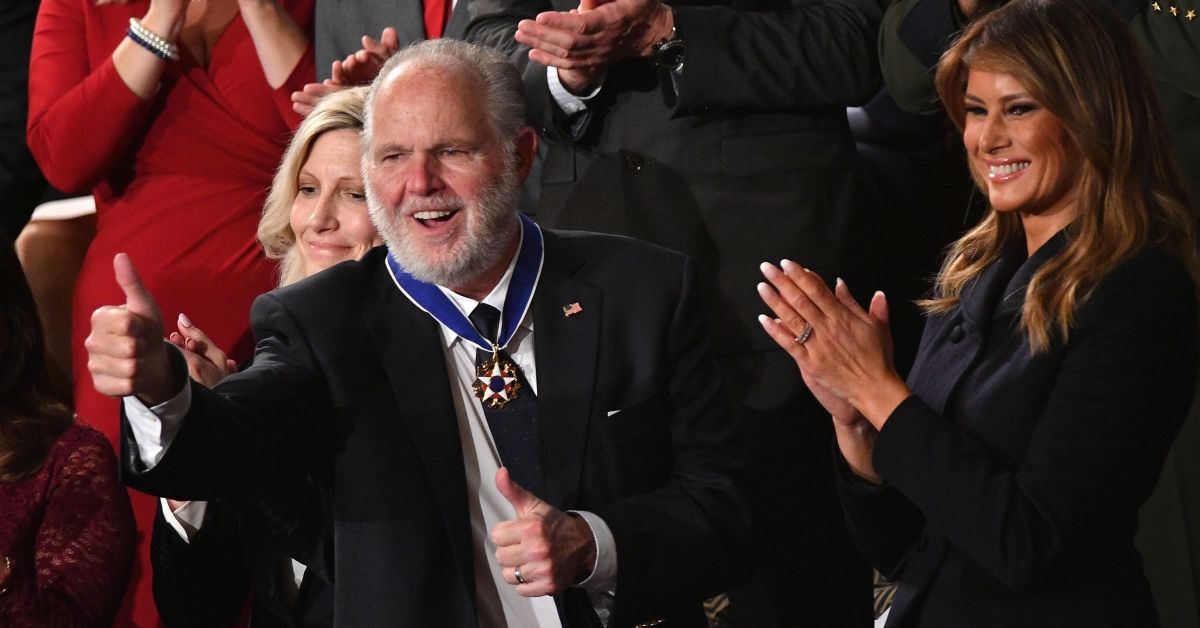 Conservative radio host Rush Limbaugh passed away at the age of 70 on Feb. 17, 2021, after a battle with lung cancer. His family said in a statement:

"We, the Limbaugh family, are deeply saddened to announce that our beloved Rush has died. Rush Hudson Limbaugh III will forever be the greatest of all time, a courageous, brilliant gentle giant and radio pioneer. Our entire family is so thankful to everyone who prayed and cared for Rush, especially the audience he adored. Rush's love for our country, and for all of you, will live on eternally." Limbaugh was a popular radio host who helmed the "Rush Limbaugh Show" for 33 years. At its peak, Limbaugh's show drew in more than 20 million listeners. The conservative radio host was inducted into the National Association of Broadcasters Hall of Fame in 1998. In January 2020, shortly after he announced that he had been diagnosed with lung cancer, he was awarded the Presidential Medal of Freedom by United States President Donald Trump.

Rush Limbaugh, the relentlessly provocative voice of conservative America who dominated talk radio for more than three decades with shooting-gallery attacks on liberals, Democrats, feminists, environmentalists and other moving targets, died on Wednesday. He was 70.

His wife, Kathryn, announced the death at the beginning of Mr. Limbaugh’s radio show.

“I know that I am most certainly not the Limbaugh that you tuned in to listen to today,” she said. “I, like you, very much wish Rush was behind this golden microphone right now.” She added, “It is with profound sadness I must share with you directly that our beloved Rush, my wonderful husband, passed away this morning due to complications from lung cancer.” She did not say where he died.

While Limbaugh was undoubtedly popular, he has also been widely criticized for making sexist, homophobic, and bigoted remarks, and having a loose relationship with facts.

Over the years, readers have asked us to verify a number of Limbaugh's statements, such as that he once referred to Chelsea Clinton (the daughter of President Bill Clinton and Hillary Clinton) as a dog, argued that nicotine was not addictive, and accused actor Michael J. Fox of exaggerating the symptoms of Parkinson's disease. You can see our full collection of  Limbaugh fact checks here, and a list of racist statements purportedly made by Limbaugh, not all of which have been confirmed as authentic, here.