What Lies Beneath: Tunnels for Trafficking, Or Just a Subterranean Service? 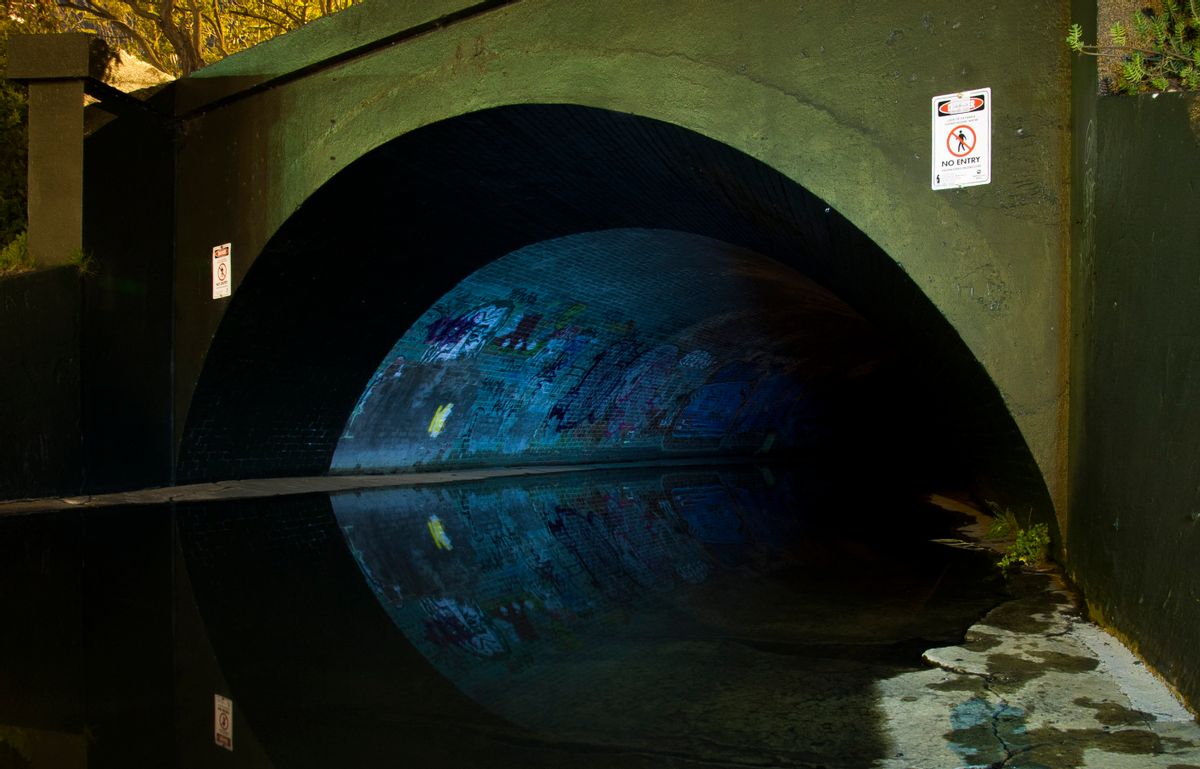 Digital communications have spread conspiracy theories more widely than ever before, particularly in this uncertain and tumultuous year. QAnon, for example, is a movement that seeks to identify a “deep state” or “global elite” complicit in human trafficking, “Pizzagate” and the orchestration of a global pandemic. One conspiracy theory “going viral” is that extensive operations are taking place to rescue children held in secret underground locales beneath densely populated cities.

Tunnel networks beneath major Australian cities such as Melbourne and Sydney have received similar treatment. Misconceptions of their form and purpose are communicated via social media. The stuff of urban legends, once circulated among acquaintances, is now online.

The misunderstandings of these spaces reveal a more glaring oversight: of wartime histories, transportation follies, essential services and the unique geologies and climates that require drainage infrastructure. These tunnels are hidden by necessity. But they are close enough to the surface to be easily accessible, preventing their use for any large-scale conspiracy. 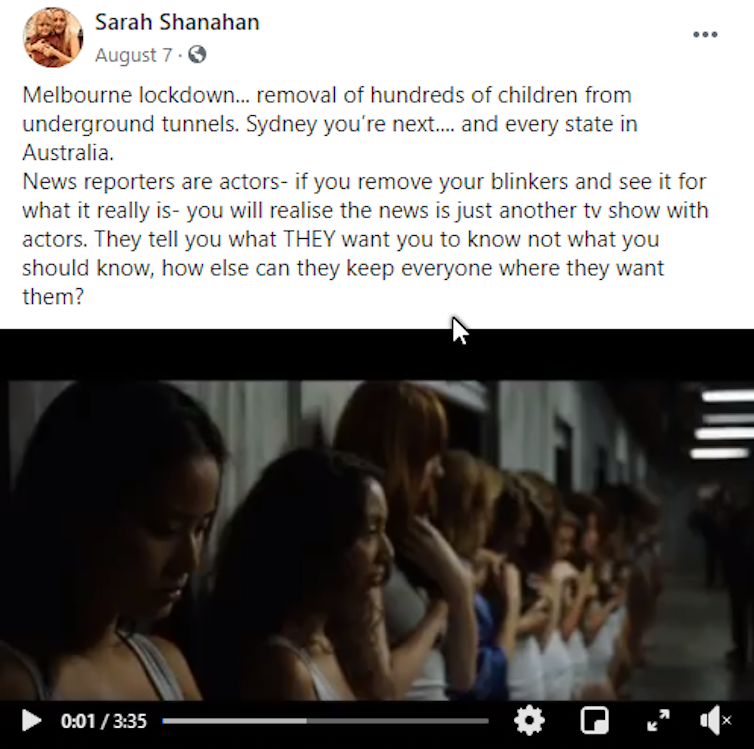 Why the fixation with tunnels?

Abandoned or atypical urban spaces have long piqued the public imagination. Sites of abandonment are also associated with notions of freedom and excitement. Urban exploration has increased significantly within the past decade, amplified by social media sharing of imagery and aesthetics.

Rumours abound of complex tunnel networks in major Australian cities, created in the wake of the second world war. Larger air raid shelters were often located close to urban settlement, but escaped use. They remained in public memory as mythology: bunkers can be located across Australia, from Dover Heights in Sydney, to Prospect and Glenelg in Adelaide. Over 20 air raid shelters exist in Brisbane alone. 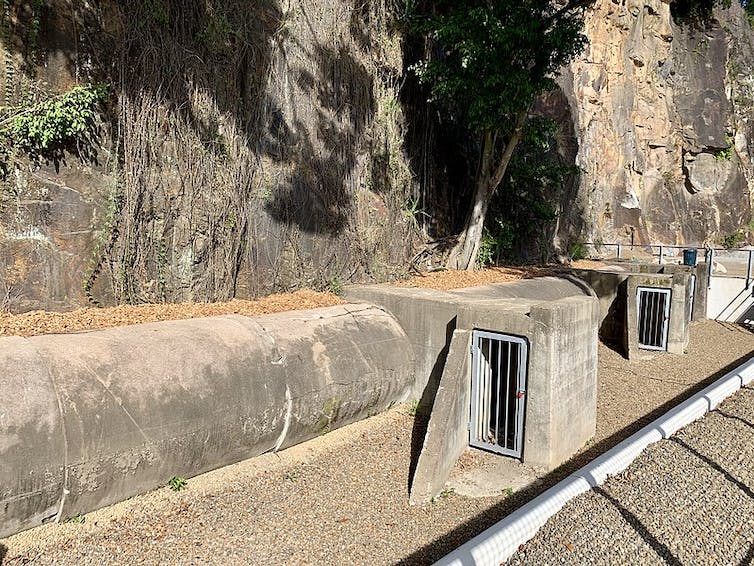 The fabled “Northcote Tunnel” in Melbourne was the subject of decades of rumour. It was eventually found to be the result of a search for an underground stream, not the large-scale 1940s American construction it was said to be.

Tunnels beneath Sydney served similar purposes, either by design or as the result of a failed transport infrastructure project. The St James tunnels are a prime example. This “hidden” space is about to be converted to a tourism precinct.

Beneath the streets of Melbourne, Sydney and beyond, mail and precious cargo were often transported about the city in underground tunnels from nearby railway stations or ports to parliament or the General Post Office.

So what are these spaces used for today?

Exact locations remain secret for security and operational reasons. Access is allowed in rare cases. In the case of the Royal Melbourne Hospital steam tunnels, members of the public can book a place on once-yearly tours. 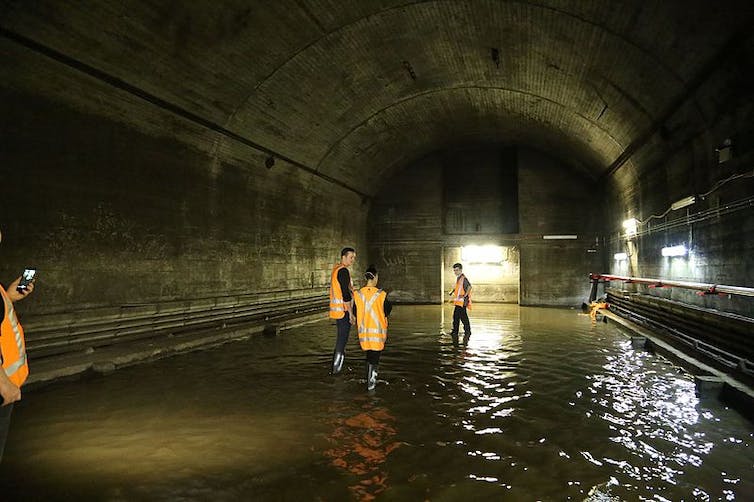 Stormwater drains are most abundant in urban areas; perhaps this is why they feature so heavily in conspiracies. Where depressions, undulations or linear tracts of open space exist in the landscape, a stormwater drain is likely lurking beneath the surface. These drains are needed to divert rainwater from areas where hard surfaces would otherwise lead to flooding.

In Melbourne, the Melbourne and Metropolitan Board of Works started building these drains in the early 20th century. I have explored many of these complex networks, over 1,400 kilometres of drains that span almost all of metropolitan Melbourne and its fringes. These drains are literally beneath the feet of city dwellers: many would be surprised to find that a drain runs beneath the major thoroughfare of Elizabeth Street, historically Williams Creek.

The Metropolitan Water Sewerage and Drainage Board built similar infrastructure in Sydney. Open and closed conduits were built in concrete and brick — as well as bluestone in Melbourne, and limestone in Sydney — throughout the past century. Sydney’s stormwater network totals 454 kilometres of drains and spans 73 water catchments. These drains ultimately carry 500 billion litres into Sydney Harbour or Botany Bay. 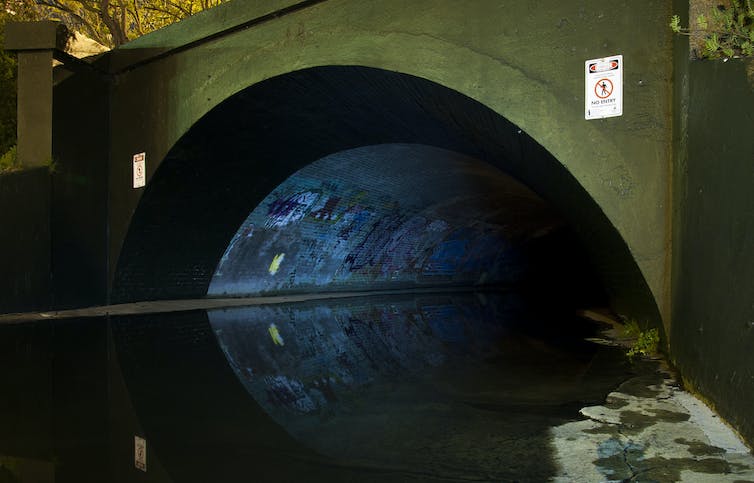 These hidden spaces can be controversial or dangerous, but not for the reasons put forth by QAnon and its ilk.

Social groups have emerged around drain exploration, with the Melbourne-based Cave Clan the best-known example. They have clear rules to ensure the safety of their members. “No drains when it rains” is one such rule: sudden rain can catch out explorers as water levels rise quickly inside drains.

Drownings have been reported in both Sydney and Melbourne. The unpredictability of sudden torrential flows means these spaces are fundamentally unsuited to the purposes suggested in conspiracy theories.

Frequent visits by urban explorers would also quickly identify any secretive mis-uses of drainage infrastructure. This would equally apply to other underground spaces such as steam and service tunnels – maintenance staff would soon spot anything amiss.

More crucial, however, is that the design of these drains means they could not play any part in supposed trafficking networks. Some of these drains are large enough for adults to explore. The vast majority, though, are too small to be accessed, with diameters as narrow as 300mm.

Even the most cavernous drains would not be suitable for storage. Larger drains are designed to hold larger flows, often at a confluence of catchment areas. While they these drains could host human beings, they would be at risk of drowning whenever it rained. Tidal flows or litter traps can also prevent access.

Child trafficking is a very relevant issue, but it is certainly not taking place under cities across the nation. Rather than abandoning subterranean spaces to conspiratorial narratives or urban mythology, these spaces are important for other reasons. These point to the need to build a common understanding not only of their form and function, but also of the ethos underlying their existence, a concern for the common good.

That something as impressive and as everyday as our civic infrastructure inspires such fascination and fear is indeed curious. Ultimately, these spaces are too utilitarian to serve the purpose claimed by viral social media posts.