Conspiracy Theories: Why Are They Thriving in the Pandemic?

In contrast to past crises, recent conspiracy theories have been driven by the rapid change in how we communicate with each other. 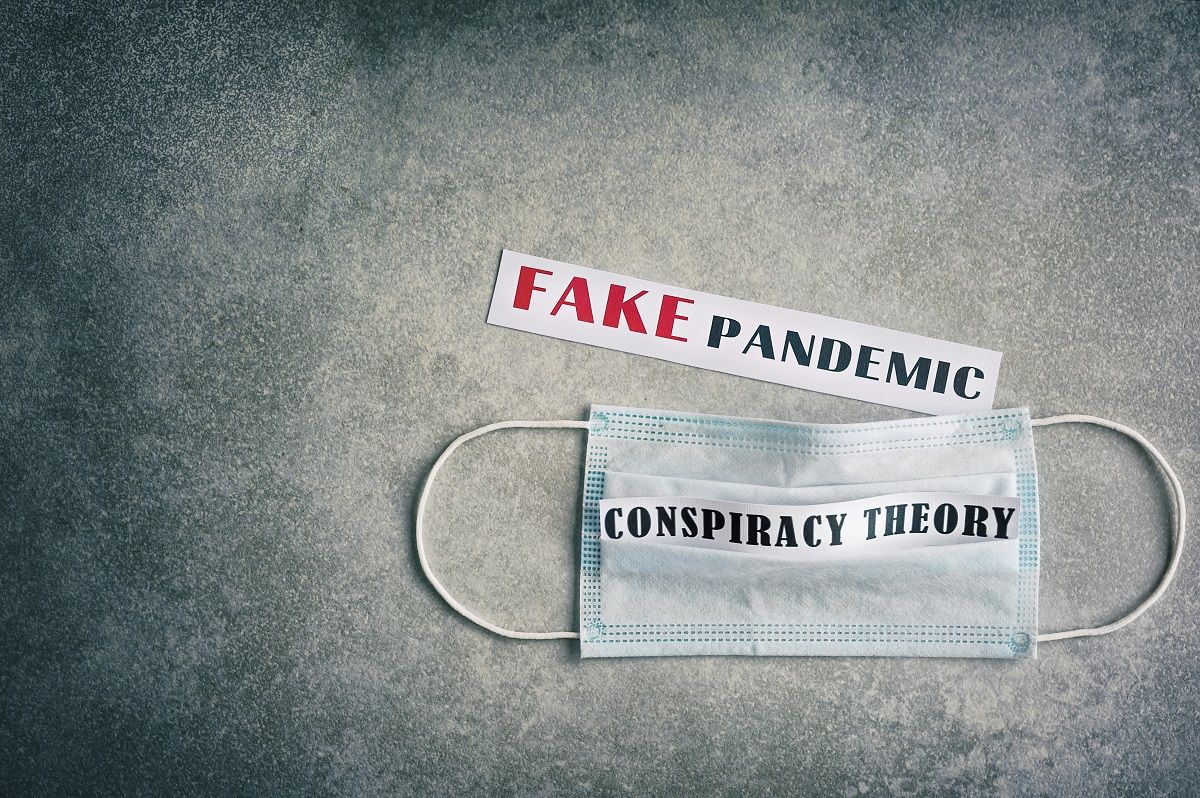 This article about COVID conspiracy theories is republished here with permission from The Conversation. This content is shared here because the topic may interest Snopes readers; it does not, however, represent the work of Snopes fact-checkers or editors.

We’ve all seen them. Those posts shared by friends of friends on Facebook, that jaw-dropping tweet you can scarcely believe was not immediately deleted. Alongside social distancing and Zoom meetings, it seems that one inescapable symptom of the pandemic is the proliferation of conspiracy theories on social media.

Conspiracy theories are distinct from other forms of misinformation and falsehood. They are particular ways in which we make sense of the complex and sometimes disturbing world around us. They have also long been seen as a particularly political phenomenon. The American historian Richard Hofstadter famously referred to such ideas as underpinning a “paranoid style” of political thinking, replete with “heated exaggeration, suspiciousness, and conspiratorial fantasy”.

A more recent understanding of their importance can be found in the work of the political theorist Alfred Moore, who suggests they are means of “explaining events or phenomena in a way that is unwarranted, implausible, or even dangerous, invoking ever and deeper conspiracies and discounting all contradictory evidence”.

In my work, I argue that over recent years we have seen the emergence of distinct forms of conspiracy theory, driven by structural changes in the way we communicate about politics. In order to understand the phenomenon, we need to think of conspiracy theories as part of a significant shift in the ways political participation happens in contemporary democracies.

There are a number of reasons why we are seeing conspiracy theories take hold in this way, and these have implications for our response to the pandemic which cannot be ignored.

It is well established that conspiracy theories are more prevalent in times of crisis. Research shows us that the popularity of these ideas is not constant, and peaks during cataclysmic events and social upheaval. Conspiracy theories were prominent during previous pandemics, including the Black Death, the “Russian flu” of the late 19th century and the 1918 flu pandemic.

However, in contrast to past crises, recent conspiracy theories have been driven by the rapid change in how we communicate with each other. Of particular importance is the emergence of social media sites, which enable the rapid spread of information based on (superficially, at least) plausible information produced by what appear to be reliable sources. This context matters, in part because it allows a great degree of individual agency in the dissemination of conspiracy theories.

Fundamentally, conspiracy theories of this kind are powerful because they are participatory. They engage people directly in the development and amplification of political ideas, however outlandish they might seem. In an environment when trust and confidence in political institutions are declining and engagement in democracy is highly unequal, this form of participation provides an easily-accessible and engaging alternative to mainstream forms of political participation.

There is an adage amongst online conspiracy theorists – do your own research. This encourages those involved to seek out validation of their ideas from sources which refute the “official” narrative. Engaging in contemporary conspiracy theories therefore has a game-like quality. People are encouraged to “discover” information promoted through their online networks rather than passively accept data and facts produced by established sources. Research tells us that any evidence presented to the contrary, no matter how compelling, is unlikely to be accepted, and indeed, might even be taken as evidence in favour of the conspiracy theory. More importantly, following these beliefs necessarily means adopting a distrustful orientation towards public institutions and scientific evidence.

There is clear potential for conspiracy theories of this kind to undermine efforts to stop the spread of COVID and damage trust in vaccines. False arguments against vaccines are presented as an “alternative narrative” of equal status to scientific evidence. Attempts to expose the frailties of such a position are held to be evidence of vested interests on the part of state agencies and pharmaceutical companies.

Throughout, the participatory, gamified nature of the generation and spread of these ideas allows people to find a degree of stability in a confusing and unsettling time. Surely, part of the appeal that there is a “plandemic” is that there is, actually, a plan governing our lives rather than uncertainty at every turn.

The dangers of such conspiracy theories for public health and our ability to navigate a path away from the current pandemic are real. In such an environment, it can be hard to know fact from fiction, with expertise and established sources of information refuted and rejected through social media. That we have not seen a coherent and credible response to this issue is therefore deeply worrying.

Numerous steps might be taken to address the problem. Rethinking the regulation of social media and removing the most prolific “super-spreader” social media accounts (including those of celebrities and public figures) has obvious potential. A senior figure in government might also be appointed to lead on addressing misinformation. However, any intervention needs to be rooted in an understanding of the shifting context of political participation.

Of course, there are difficult questions over how we ensure that we address these forms of conspiracy theory in a way that doesn’t restrict the legitimate questioning of authority that is essential in any democracy. But it is imperative that as a society we recognise, and respond to, the sudden growth in conspiracy theories of this kind.