Can a candidate receive more than 100% of the vote, recorded in a locale that isn't real? 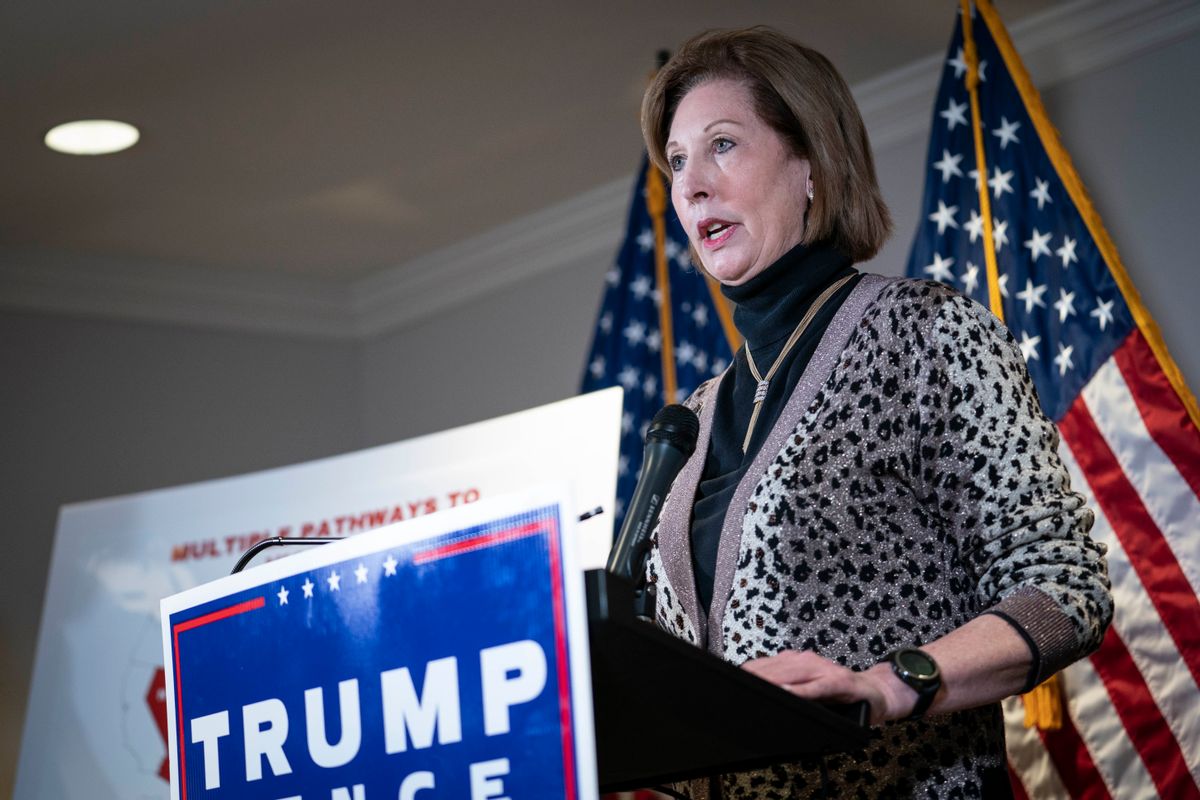 Image Via Sarah Silbiger for The Washington Post via Getty Images

Sidney Powell is a former federal prosecutor turned conspiracy theorist who in the latter role has been espousing claims of election fraud on behalf of President Donald Trump since the latter's loss to Democratic challenger Joe Biden in the 2020 presidential election. Remarkably, Powell apparently dived too deep into the conspiracy pool even for Trump's liking, prompting the rest of his legal team to disclaim any official association with her:

President Donald Trump’s election campaign distanced itself from Sidney Powell, a lawyer who claimed without evidence at a news conference that electronic voting systems had switched millions of ballots to President-elect Joe Biden.

“Sidney Powell is practicing law on her own,” Trump campaign lawyers Rudy Giuliani and Jenna Ellis said in a statement. “She is not a member of the Trump Legal Team. She is also not a lawyer for the President in his personal capacity.”

Nonetheless, Powell continued to press efforts to overturn Biden's election win by filing legal actions full of unsupported, far-fetched claims about alleged election fraud. One of the lawsuits Powell filed in Michigan reportedly included a declaration from someone who claimed that more absentee ballots were tabulated there than was physically possible in a given timespan. That same declarant also stated that in "Edison County, MI, Vice President Biden received more than 100% of the votes":

For example, in PA, President Trump’s lead of more than 700,000 county advantage was reduced to less than 300,000 in a few short hours, which does not occur in the real world without an external influence.

The curiosity of how someone could receive "more than 100% of the votes" aside, Michigan politics reporter Jonathan Oosting tweeted to point out that Michigan has no county named Edison, where this suspect vote-tabulation activity supposedly took place: