When US Politicians Spread Lies on Social Media, Who Is Responsible?

The transition periods between presidential administrations are known to be sensitive. This one has been chaos. 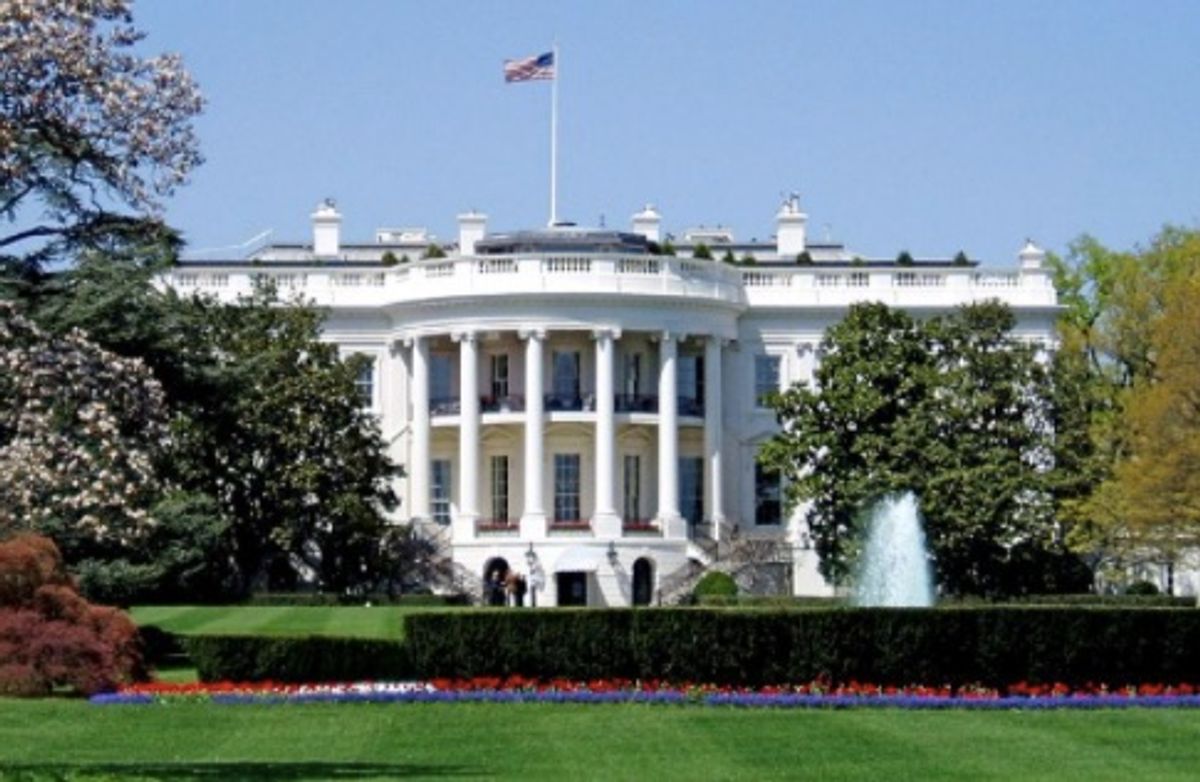 The ongoing chaos in the aftermath of the November 2020 presidential election has no precedent in modern U.S. history.

Against the grim backdrop of skyrocketing coronavirus cases, outgoing U.S. President Donald Trump has let loose a barrage of tweets throughout the days and nights following the election, promoting a baseless conspiracy theory that the race was rigged against him by a nationwide voter fraud scheme.

To be clear, there was no such scheme. Trump's Democratic political rival, President-elect Joe Biden, won decisively in both ballots and electoral college votes. And Trump's own Department of Homeland Security released a statement describing the November 2020 election as "the most secure in American history."

Nevertheless, Trump has as of Nov. 13, 2020, refused to acknowledge the reality of his electoral loss and has pumped out disinformation on Twitter, refusing to concede while executive branch agencies have failed to cooperated with Biden's transition team.

The chaos has been compounded by public officials' actions and use of social media to spread disinformation, putting the platforms' election integrity policies under the microscope.

The experts we spoke to said that for a variety of reasons, these policies weren't as effective as they could have been in protecting the democratic process. But they also noted that political leaders are themselves responsible for spreading incendiary rhetoric during a sensitive period for both national security and public health.

Here's what we learned.

What the Platforms Did and How Well That Worked

The major platforms, namely Twitter, Facebook and YouTube, were heavily criticized in the wake of the 2016 election, in which U.S. intelligence officials reported that Russian government operatives flooded the platforms with trolls, bots, and ads carrying disinformation in an effort to help Trump.

Come 2020, these platforms were armed with policies in place for Election Day. Twitter, Trump's favored means of mass communication, covered many of his inflammatory and false tweets with a cautionary message about misleading information and limited their reach.

Facebook took down a large group dedicated to the conspiracy theory that the election was stolen. Both Facebook and YouTube said they would block political advertising temporarily, while YouTube carried a display panel above election-related searches containing verified information.

The platforms are getting better at addressing specific false claims, said Darren Linvill, associate professor in communications at Clemson University who researches state-sponsored disinformation, in an interview with Snopes. Problematic online movements, however, still flourish on the platforms, "hence post electron is going not so well."

In the days following the election, Trump's followers turned up at vote counting centers during tabulations, banging on windows and chanting, "stop the count" or "count the vote," which led to election workers feeling threatened.

Facebook took down a Stop the Steal group with hundreds of thousands of members for trying to incite violence, but as The New York Times reported, in some respects it may have been too late. The group "had done its work. In its brief life span, it became a hub for people to falsely claim that the ballot count for the presidential election was being manipulated against President Trump."

Once the election was called for Biden, Twitter reverted to handling Trump's account under its policy for world leaders, which meant that with the exception of calling for violence, tweets that would otherwise be taken down under the platform's terms of service were left up because Twitter viewed doing so as being in the public's interest.

Instead of limiting the tweets' reach, Twitter had labeled them with a link leading to verified information that stated, "This claim about election fraud is disputed." Here's an example: Trump's post-election disinformation campaign wasn't just harmful. It demonstrated why social media use by all public officials needs to be regulated, said Jennifer Grygiel, a social media expert and associate professor of communications at Syracuse University.

Grygiel noted that the way many public officials and government agencies, from the federal to the local level, use social media presents a risk to the public wellbeing and to democracy because it gives them the "ability to circumvent the free press and steer public opinion that aligns with the government."

That's not good for democracy, even if a public official uses social media respectfully, Grygiel noted, because as the number of news outlets shrink and government social media accounts gain followers and influence, the possibility arises that the public could become inundated with unchecked government propaganda.

It's not a Republican issue, either. Grygiel pointed out that other public officials are famous for effectively using social media, like U.S. Rep. Alexandria Ocasio-Cortez.

But, Grygiel added, "No one really expected the president of the United States to be the major spreader of disinformation."

Jessica Feezell, associate professor of political science at the University of New Mexico, pointed out why platforms like Twitter and Facebook are so tempting for politicians.

Before the advent of social media, political figures had to pay for campaign ads or have something legitimate to report to the public in order to call a news conference. Now, Feezell said, public figures with large followings on social media can generate a great deal of attention for themselves with social media posts.

"There’s paid-for media and campaigns, and there's free media, and Twitter is just free media," Feezell said. "When those posts get rebroadcast by mainstream and cable news, it goes even further. It’s pretty remarkable."

It's powerful, she said, because public figures and government officials can frame the news by generating such noise on social media.

"If Trump can keep the news media's attention on [baseless claims of] fraudulent votes, people will continue to think in their daily lives that 'fraudulent votes' are important," Feezell said. "The entire front page is being sucked up by America's electoral politics at the moment."

The Call is Coming From Inside the (White) House

In 2016, disinformation campaigns using social media as the vector were largely run by the Russian government. But in 2020 they came directly from the White House and members of Congress. "We’re our biggest problem" now, Linvill told us in a previous interview.

Daniel Kreiss, director of media and communication at the University of North Carolina, told us that focusing criticism of disinformation on the social media platforms appears non-partisan, making it easier for journalists to point to. But noting Trump's failure to concede defeat, and the near-unity in Republican legislators endorsing the lie that mass-scale voter fraud took place and failing to acknowledge Biden as president-elect, Kreiss said the problem originates upstream from the platforms.

"The GOP has generally failed to embrace the legitimacy of the president-elect and have been willing to float questions about voter fraud — it’s all over the place, coming from GOP party elites themselves," Kreiss said. "It’s my opinion that Facebook and Twitter are downstream from this much greater political crisis. At the end of the day, if [Senate Majority Leader] Mitch McConnell refuses to come out and say Joe Biden is the president-elect, and the election was free and fair, there's nothing Facebook and Twitter can do about it."

We contacted McConnell's office with questions about why Republicans have largely failed to acknowledge Biden as president-elect, despite Trump's own administration stating that the 2020 election was secure. We didn't get a response in time for publication.

Julia Hellwege, assistant professor of political science at the University of South Dakota, told us in a phone interview that she is concerned with the chipping away of norms and traditions that many in the U.S. have taken for granted for decades, but which buttress crucial aspects of democracy like the peaceful transfer of power.

"Under normal circumstances there would be a loser and a concession speech and we move on with our lives, not because they are written in to our Constitution, but because they are norms that are part of American and democratic values," Hellwege said. "When we don’t see this and instead we get uncertainty, that to me signals an erosion of these norms and values."

That erosion, Hellwege said, is dangerous.

"We haven’t seen it in this country, but we have seen it in other countries," Hellwege added. "It’s often what we see in countries that descend away from democratic systems. It’s those small things that are the first to go — democracy chips away slowly."

It's not just norms like concession speeches that got chipped away in 2020. Aside from driving the "voter fraud" disinformation campaign, Trump's White House has refused to cooperate with Biden's transition. Until now, a federal agency called the General Services Administration was unknown to many Americans. But it shot into the public consciousness when its administrator, Trump appointee Emily Murphy, refused to sign a letter of ascertainment that would allow the Biden team access to administration personnel and millions of dollars in funds to begin the transition process.

With coronavirus cases raging, Murphy's refusal to perform what was up until now an unremarkable bureaucratic task raised fears that her actions could hamper the incoming administration's efforts to deal with the ongoing public health crisis and endanger national security.

"We are in the midst of the first presidential transition in the modern era to be conducted remotely. We are already facing pretty significant challenges, not just with the coronavirus pandemic, but with the fact that transitions in government are known to be periods of time when the threats of attacks from foreign actors are heightened," said Donald Sherman, deputy director of the government watchdog non-profit Citizens for Ethics in Washington. "It’s critically important for the national security apparatuses of the outgoing and incoming administrations to be working together in concert and communicating to ensure our national security infrastructure can make the decisions that need to be made and the president can make the decisions that need to be made on day one."

The Trump administration's actions in this regard are "wildly irresponsible," Sherman said, and what Murphy is doing is "reckless."

We reached out to the General Services Administration to ask what the reason was for the delay in allowing Biden's transition team access to funds and personnel, and a timeline for when that access would be granted. We received no response in time for publication.