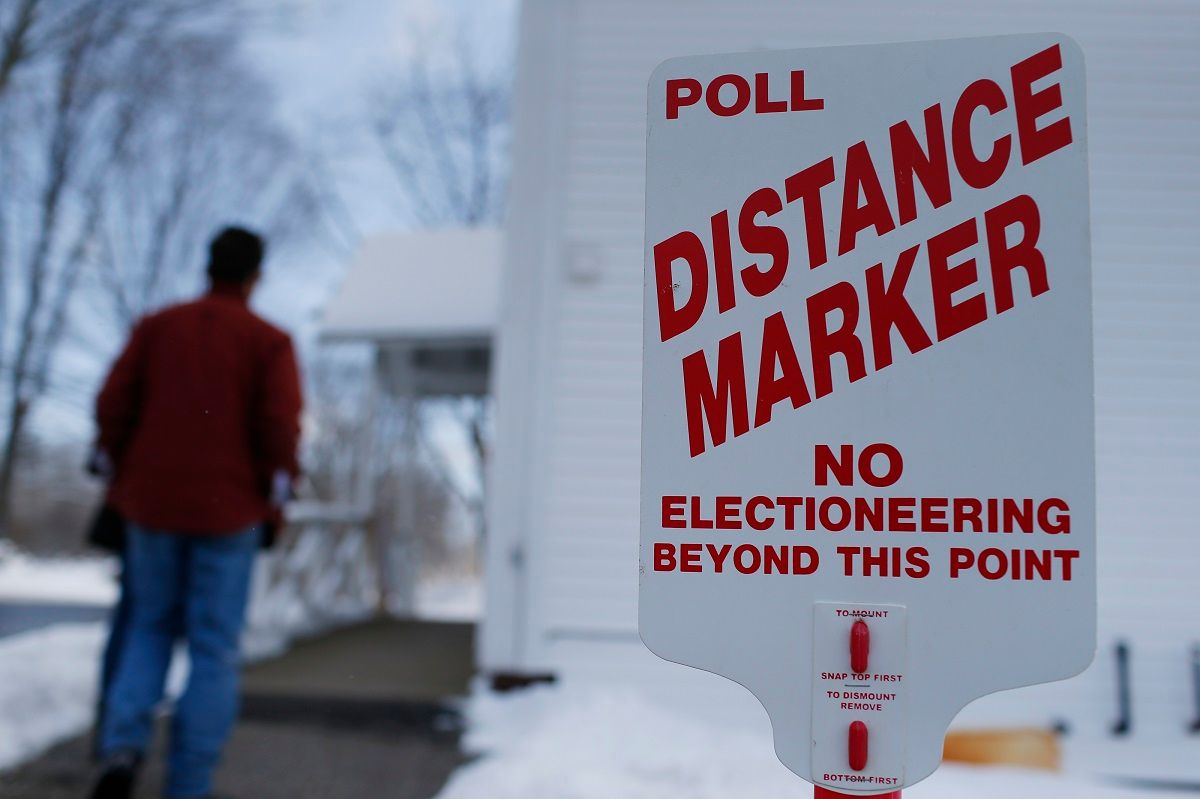 Author Edgar Allan Poe, the 19th-century master of American macabre, may have died of dirty politics. According to legend, a gang of party “poll hustlers” kidnapped and drugged him. They forced him to vote, then abandoned him near death. Details are murky, but we do know Poe died in Baltimore days after an election.

The story, though likely untrue, is certainly possible. Election Day in 19th-century America was a loud, raucous, often dangerous event. Political parties would offer food, drink and inducements ranging from offers of bribes to threats of beatings to encourage voters to cast the party’s official ballot.

Reforms at the end of the century – particularly after an especially dirty 1888 presidential election – aimed to stop the shenanigans, assure the safety of voters and elevate the act of voting.

This is why we now have secret, government-printed ballots rather than party-provided ballots. And all 50 states have laws that ban potentially intimidating behavior at polling places. 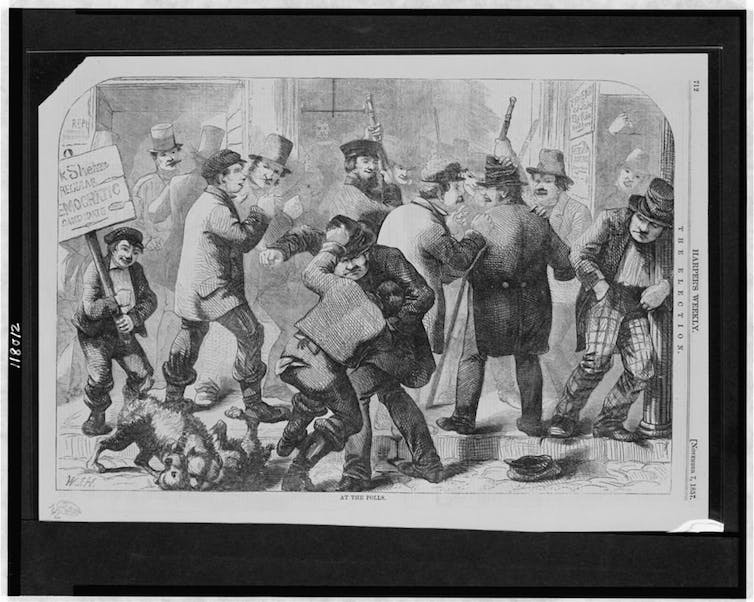 Elections in the 19th century were sometimes wild affairs; this cartoon is from 1857.
Library of Congress Prints and Photographs Division

The idea behind these laws is to prevent the kind of “poll hustling” to which Poe may have fallen victim.

Party tough guys cannot follow (or drag) helpless voters into the polling place, watching them to make sure they vote the correct ballot with the implicit threat that a “wrong” vote could result in a beating.

These laws generally prohibit campaign activities – wearing campaign paraphernalia, shouting slogans, even loitering inside polling places. Distance requirements for campaigners, ranging from 10 feet from a polling place in Pennsylvania to 600 feet away in Louisiana, help to assure that secret ballots are actually cast in secret.

But these vestigial laws meant to purify 19th-century elections may be ill equipped for hyperpartisan 2020.

If voters come to the polls wearing symbols like the Gadsden “Don’t Tread on Me” flag that has evolved into an anti-government symbol, a rainbow pin associated with gay pride, or even a sticker from a spice company whose owner detests Trump, those symbols can take on a perceived political meaning. Under these laws, these people could be accused of illegally campaigning where people vote.

How can anti-electioneering laws keep politics out of the polling place when politics already suffuses so much of life? And this year, polling places for many may be the kitchen table or a ballot drop-off box. In that context, do these laws still have relevance?

Political reformers in the late 1880s saw elections as too closely tied to party machines and their Election Day carousing. Much of the reform around this time was focused on “cleaning up” politics and destroying the nefarious influence of party machines.

In fact, our current popular understanding of party machines as being universally corrupt and lowbrow might be because “good government” activists won, so they got to write the history

Yet in 2020, these reforms meant to purify 19th-century elections may not have the effect the authors intended.

For example, a New Hampshire woman opted to vote topless in that state’s primary in September after election officials told her that her anti-Trump T-shirt ran afoul of New Hampshire laws forbidding campaigning within a polling place.

The owner of the spice company offering this sticker is known for being anti-Trump; will wearing the sticker to the polls count as campaigning?
Penzeys

In fact, 10 states currently have laws on the books regulating the kinds of clothing voters can wear to the polling place.

These laws may violate the U.S. Constitution’s First Amendment prohibition on limits to free speech, but not all have been tested in court. In the 2018 opinion Minnesota Voters Alliance v. Mansky, the Supreme Court ruled that the state’s laws to create an “orderly and controlled environment” around the polling place were overly vague. A similar lawsuit is underway in Texas.

According to the Minnesota opinion, “a rule whose fair enforcement requires an election judge to maintain a mental index of the platforms and positions of every candidate and party on the ballot is not reasonable.”

Poll workers, then, do not need to keep abreast of what a black and yellow polo shirt means or which spice company has engaged in political advocacy.

As early voting continues across the United States, though, more disputes should be expected. Elections officials in Florida and Tennessee have already confirmed that clothing bearing the phrases “Black Lives Matter” and “I can’t breathe” do not constitute illegal electioneering. But an armed and uniformed police officer in a Trump 2020 mask patrolling a Miami polling place likely violated department policy, if not electioneering laws.

In the Sept. 29 presidential debate, President Donald Trump warned that “bad things happen in Philadelphia.” Earlier that week, a paid Republican poll watcher was denied entry into a building that was handling, among other things, voter registration and pickup and drop-off of mail-in ballots. Poll watchers are allowed in Pennsylvania but must follow a strict set of rules aimed at distinguishing between watchers protecting the integrity of the election and party toughs intimidating voters as they fill out their ballots.

The Trump campaign is suing to be allowed access to the Philadelphia site. But the county Board of Elections argues that ballot pickup and drop-off sites are not polling places, and COVID-19 restrictions preclude people from loitering in public buildings all day.

The state court rejected the Trump campaign’s argument, explaining that watchers are allowed only at polling places on Election Day, not Board of Elections offices at other times. The campaign has promised to appeal. 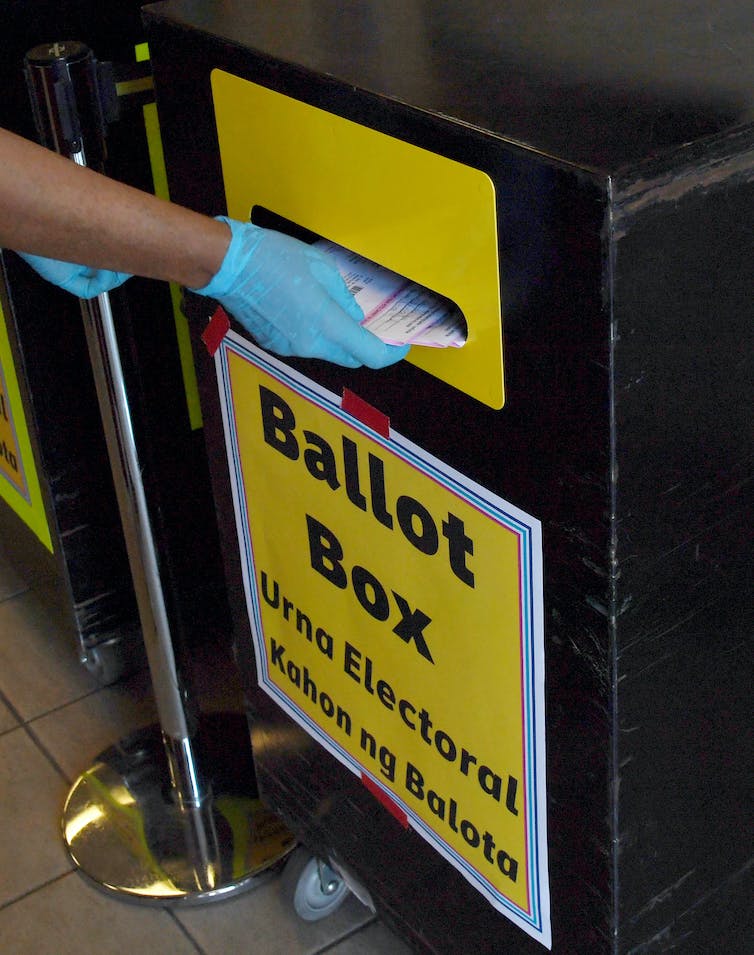 How clean is too clean?

In her 2004 book “Diminished Democracy,” political scientist Theda Skocpol describes 19th-century reformers as working “for measures that would emphasize an unemotional, educational style of politics.”

[Deep knowledge, daily. Sign up for The Conversation’s newsletter.]

Demanding the protection of the purity of the polling place and politics, Skocpol argues, “treats politics as if it were something dirty and implicitly holds up the ideal of an educated elite safely above and outside of politics.”

Certainly, few Americans would advocate allowing the country’s literary greats – or anyone else – to fall prey to roving political gangs. But determining how to protect the integrity of elections is difficult when elections are everywhere.

And if 2020 is any indication, it may not be as easy as relying on rules meant for a different time, a different means of voting and a different electorate.