‘I See Dead People’: Why So Many of Us Believe in Ghosts

Unlikely as it might seem in the cold light of day, ghosts and hauntings are a mainstream area of belief. 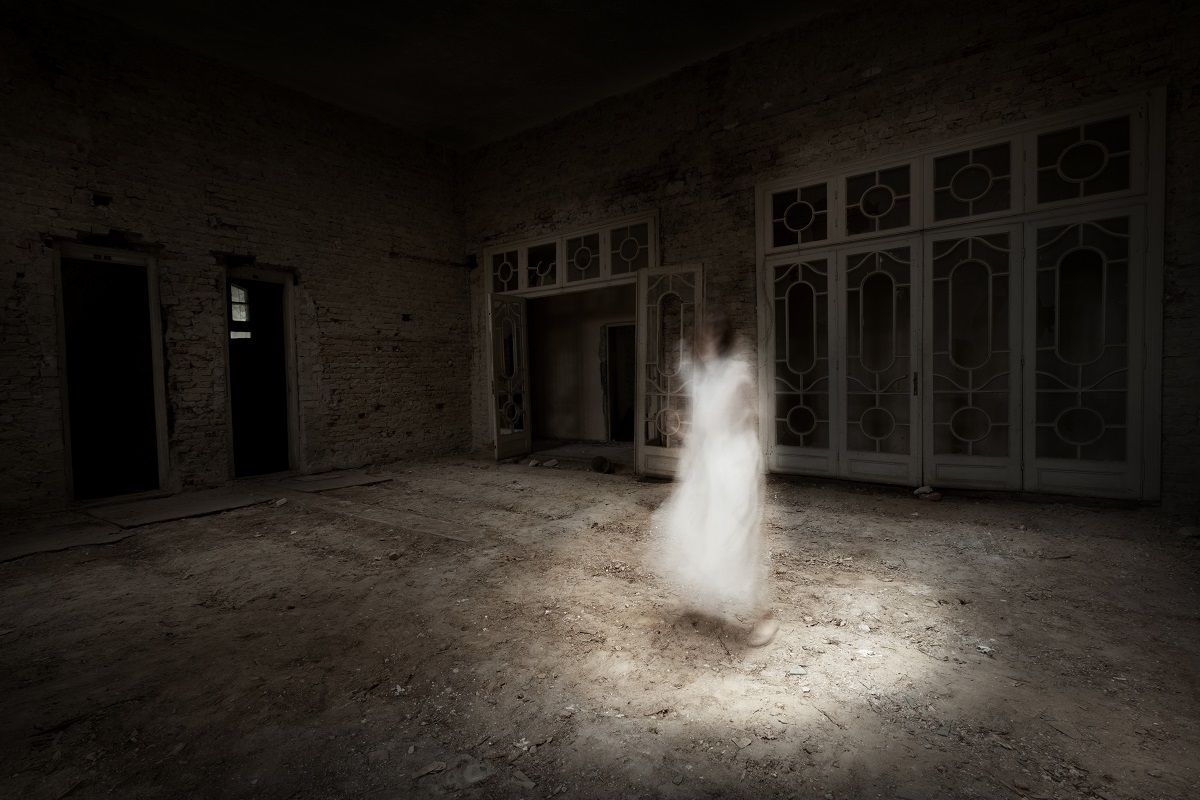 Image Via Tom Tom via Shutterstock

Halloween seems an appropriate time of year to share the story of the Chaffin family and how a ghost helped decide a dispute over an inheritance. James L Chaffin of Monksville, North Carolina, died after an accident in 1921, leaving his estate in full to his favourite son Marshall and nothing to his wife and three other children. A year later Marshall died, so the house and 120 acres of land went to Marshall’s widow and son.

But four years later, his youngest son James “Pink” Chaffin started having extraordinary dreams in which his father visited him and directed him to the location of a second, later will in which Chaffin senior left the property divided between his widow and the surviving children. The case went to court and, as you’d expect, the newspapers of the time went mad for the story.

The court found in Pink’s favour and, thanks to the publicity, the Society for Psychical Research (SPR) investigated, finally coming to the conclusion that Pink had indeed been visited by his father’s ghost. Pink himself never wavered from this explanation, stating: “I was fully convinced that my father’s spirit had visited me for the purpose of explaining some mistake.”

Unlikely as it might seem in the cold light of day, ghosts and hauntings are a mainstream area of belief. Recent studies by YouGov in the UK and the USA show that between 30% and 50% of the population says they believe in ghosts. Belief in ghosts also appears to be global, with most (if not all) cultures around the world having some widely accepted kind of ghosts.

The existence of a ghost as an incorporeal (bodyless) soul or spirit of a dead person or animal is contrary to the laws of nature as we understand them, so it seems there is something here that calls for explanation. We can look at the worlds of literature, philosophy and anthropology for some of the reasons why people are so keen to believe.

The desire for justice and the belief in some form of supernatural protection (which we see in more major religions) address basic human needs. Ghosts have long been thought of as vehicles for justice. Shakespeare’s Hamlet is visited by the ghost of his murdered father seeking revenge on his murderer. In Macbeth, meanwhile, the murdered Banquo points an accusing finger at the man responsible for his death. 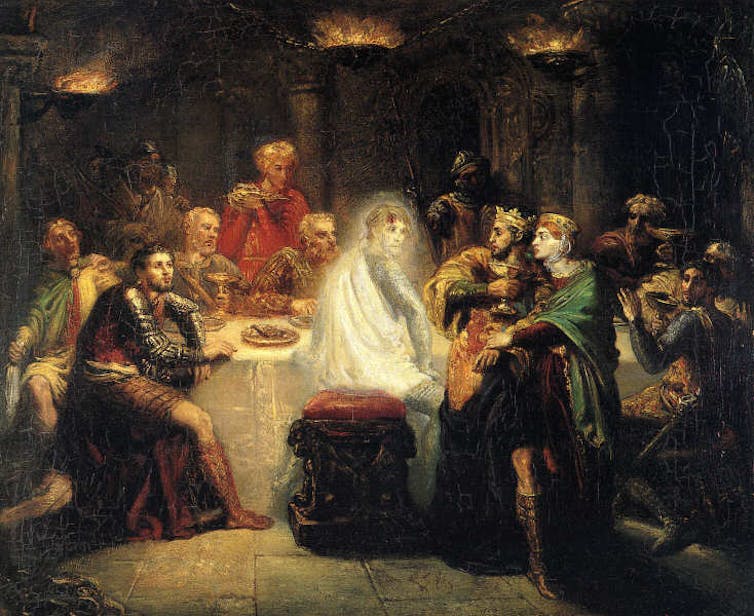 This idea has its equivalents today in various countries. In Kenya, a murdered person may become an ngoma, a spirit who pursues their murderer, sometimes causing them to give themself up to the police. Or in Russia the rusalka is the spirit of a dead woman who died by drowning and now lures men to their death. She may be released when her death is avenged.

Ghosts can also be friends and protectors. In Charles Dickens’s A Christmas Carol, Ebeneezer Scrooge is helped by the ghosts of Christmas Present, Past and Future to mend his hardhearted ways before it’s too late. In the Sixth Sense
(spoiler alert), the ghost character played by Bruce Willis helps a young boy to come to terms with his ability to see ghosts and to help them to find peace. Many people are comforted by thinking that their deceased loves ones are watching over them and perhaps guiding them.

But many people also like to believe that death is not the end of existence – it’s a comfort when we lose people we love or when we face the idea of our own mortality. Many cultures around the world have had beliefs that the dead can communicate with the living, and the phenomenon of spiritualism supposes that we can communicate with the spirits of the dead, often through the services of specially talented spirit mediums.

And we love to be scared, as long as we know we aren’t actually in danger. Halloween TV schedules are full of films where a group of (usually young) volunteers spends a night in a haunted house (with gory results). We seem to enjoy the illusion of danger and ghost stories can offer this kind of thrill.

Belief in ghosts finds support in the longstanding philosophical idea that humans are naïve dualists, naturally believing that our physical being is separate from our consciousness. This view of ourselves makes it easy for us to entertain the idea that our mind could have an existence separate from our body – opening the door to believing that our mind or consciousness could survive death, and so perhaps become a ghost.

Another source of hallucinations is the phenomenon of sleep paralysis, which may be experienced when falling asleep or waking up. This temporary paralysis is sometimes accompanied by the hallucination of a figure in the room that could be interpreted as a supernatural being. The idea that this could be a supernatural visitation is easier to understand when you think that when we believe in a phenomenon, we are more likely to experience it.

Consider what might happen if you were in a reputedly haunted house at night and you saw something moving in the corner of your eye. If you believe in ghosts, you might interpret what you saw as a ghost. This is an example of top-down perception in which what we see is influenced by what we expect to see. And, in the dark, where it might be difficult to see properly, our brain makes the best inference it can, which will depend on what we think is likely – and that could be a ghost.

According to the Dutch philosopher Baruch Spinoza, belief comes quickly and naturally, whereas scepticism is slow and unnatural. In a study of neural activity, Harris and colleagues discovered that believing a statement requires less effort than disbelieving it.

Given these multiple reasons for us to believe in ghosts, it seems that the belief is likely to be with us for many years to come.