Vauhxx Booker said the attack happened when he and friends were trying to celebrate the Fourth of July holiday. 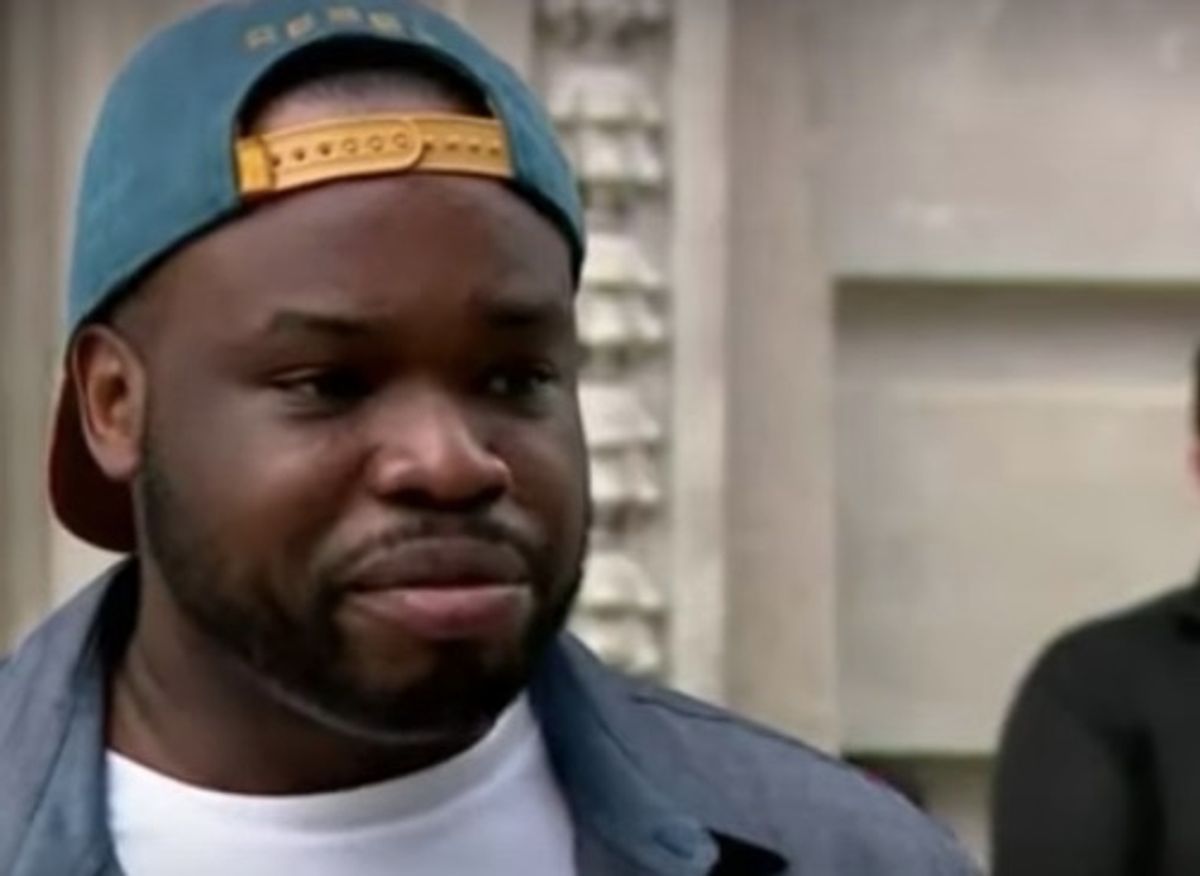 An Indiana civil rights activist alleges he was the victim of an attempted lynching in a July 4, 2020, incident, which was captured in portions on a viral video. On July 17, two of his alleged assailants were arrested and charged with battery and other crimes associated with the incident.

In a widely seen July 5, 2020, Facebook post that included three videos, Vauhxx Booker wrote that he and several friends were traveling to a public recreation area at Lake Monroe to view the lunar eclipse and celebrate the Fourth of July holiday when the incident happened.

Snopes readers have emailed questions seeking verification as to whether the incident is real, and we learned it is, and has prompted the launch of at least two local and federal investigations.

One video shows Booker on his knees, surrounded and pinned against a tree by several white people while bystanders shout for his assailants to release him. One of the men approaches a bystander filming the incident and attempts to knock the camera out of his hand.

Booker, who is Black, said the commotion attracted more bystanders who attempted to intervene. In his Facebook post, he recalled, "The attackers told the growing group, 'we’re going to break his arms' (while literally attempting to bend my arms behind me) and then stated to the members of their party several times to, 'get a noose,' among some other choice slurs."

In another video, which appears to have been shot by Booker as his group was leaving, one of the attackers called him a "nappy-headed b-tch" and taunted him for having "five white friends."

Our attempts to reach Booker for a phone interview were unsuccessful, though he has made numerous public statements about the incident. "You could feel the anger and the intent to try to hurt me," he said in an interview with The Guardian. In a press conference, Booker stated his belief that had it not been for the intervention of his friends and other bystanders, "I would be a hashtag."

Sean Purdy and Jerry Edward Cox were both charged with felonies associated with the incident. An attorney representing Purdy said that Purdy was defending himself.

In a July 13, 2020, press conference, defense attorney David Hennessy, who represents Purdy and Caroline McCord, a third person involved in the incident, said Booker was the aggressor in the incident and that he and his group had initially trespassed on private property. Hennessy said Booker was "restrained — not beaten, restrained," and also blamed Booker for "race baiting" in order to illicit the racist language heard in the video.

Booker and his attorney denied these allegations and stated that Booker was the victim in the incident. On July 17, 2020,  Booker announced he had been diagnosed with the COVID-19 coronavirus disease. His attorney said his alleged attackers had spat and yelled in his face during the attack.

Public pressure for law enforcement to act on Booker's behalf had mounted as the story has gained national attention. Famed civil rights attorney Ben Crump took to social media to criticize police for letting "these white supremacists walk free." On July 6, protesters in Booker's hometown of Bloomington took to the streets seeking arrests in the case when a driver accelerated through the crowd, with two protesters clinging to the vehicle.

Booker, who sits on the Monroe County Human Rights Commission, had slammed the fact that no one was initially arrested in the case, noting that Bloomington has been the location of three other incidents in public involving "overtly racist individuals."

"Are we going to wait for a Black person to be lying dead in the gutter before we act?" he asked in his July 4, 2020, Facebook post. "When is enough actually enough?"

Videos taken during the incident  — which we caution are disturbing — along with commentary from Booker, can be viewed here:

Updated to include statement made by defense attorney David Hennessy.

Updated to note that arrests of Booker's alleged assailants had been made.