Zoonotic diseases are caused by pathogens which originate in other animal species. 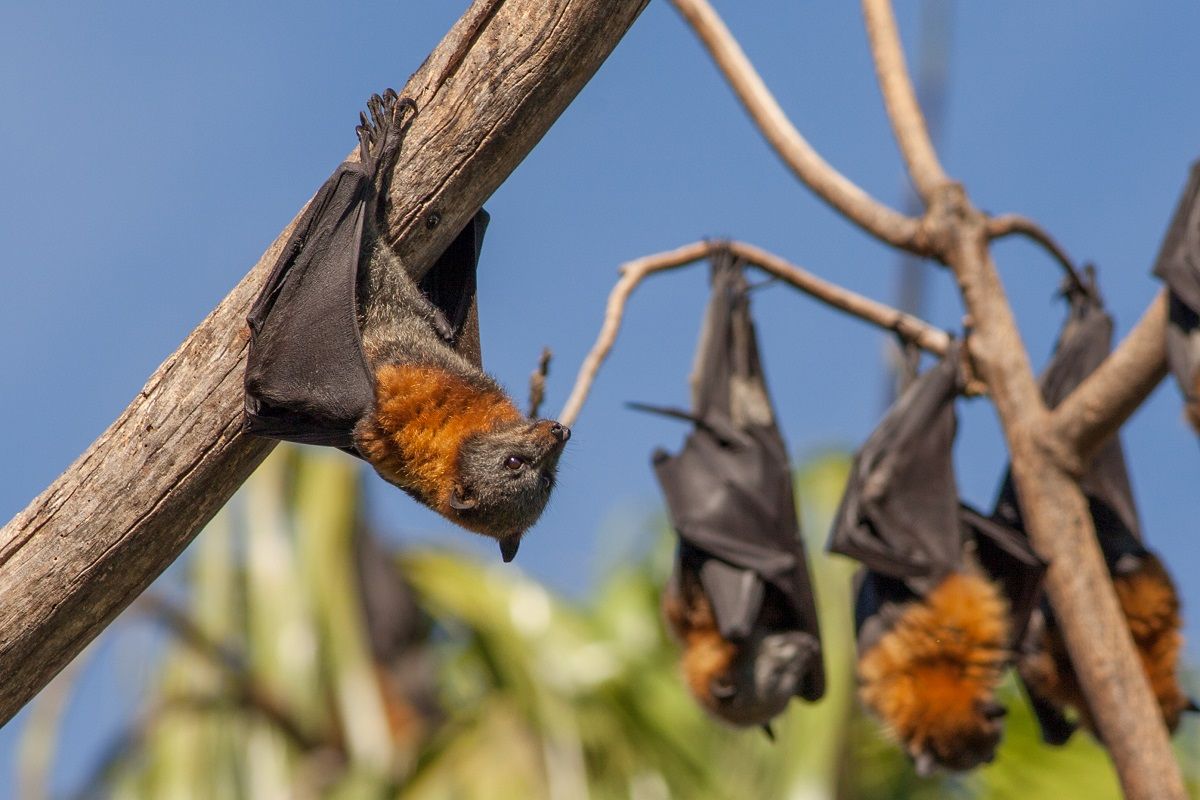 As global COVID-19 cases top 2 million, it’s humbling to remember that it all started when one person got infected by one wild animal. We may never find out precisely where or when it occurred, nor the animal which was responsible. But we do know that these “spillover events” are the starting points of many outbreaks, from influenza to HIV and from SARS to COVID-19.

Zoonotic diseases are caused by pathogens which originate in other animal species. Some diseases, such as rabies, cause sporadic outbreaks, often self-contained but deadly and traumatising for the communities they infect. Others manage to spread worldwide and become pandemic, circulating in the global population. Some are repeat offenders that re-emerge from animal hosts in a mutated form every few decades – think influenza, plague and cholera.

Many others are now part of our burden of endemic diseases, such as measles, mumps or HIV. The coronavirus causing COVID-19 is closely related to those that caused the SARS (severe acute respiratory syndrome) pandemic in 2003. Despite speculation from some virologists, it’s too early to tell whether COVID-19 will disappear within a year or stay with us permanently like the flu.

Either way, we can expect new strains of coronavirus to spill over from wildlife in the future. Countless pathogens jump across animal species on a daily basis – most of the time with no visible effect. But increasingly, these pathogens are taking advantage of the new opportunities that humans have created as they reshape the natural environment. In this fraught atmosphere, it’s natural for misconceptions to circulate, so here’s what we know about how new diseases jump from animals to people.

It’s often assumed that close contact with wild animals is necessary for zoonotic outbreaks like Ebola or COVID-19 to occur. Activities like hunting, butchering and trading wild animal meat for human consumption carry a high risk of exposure to pathogens, but we don’t know how often they actually cause diseases. Bats are popular game in several African and Asian countries, where some species weigh over 300g and roost in their thousands in trees. As a result, bat hunters are at particular risk of infection, although there is little evidence to suggest hunters themselves may have been the source of past Ebola outbreaks.

Surveys in China and Vietnam have shown that wild meat is mainly eaten in restaurants, mostly from wild pigs, goats, deer and birds, all of which are commonly farmed – not unlike what happens in Europe. As for bats, which are sold in their tens of thousands in Ghana, they are already dead, eviscerated and smoked by the time they reach market stalls, hence posing a very low risk of infection to consumers.

More common routes of spillover do not require direct contact with animals at all. Many emerging diseases are transmitted by biting insects that act as vectors between animal host species. For example, Lyme disease, caused by bacteria found in wild mammals and transmitted to humans by ticks, has been increasing in North America and Europe in the last 30 years. Although this increase is often thought to be driven by deer hunting, studies suggest that the growing abundance of small mammals may be spreading the disease as their natural predators decline. 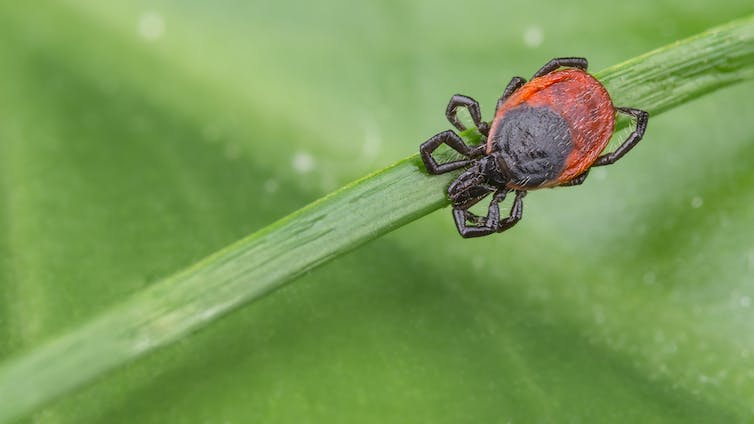 Ticks can transmit the bacteria that causes Lyme disease when they bite humans.
KPixMining/Shutterstock

Other pathogens are excreted in the urine or faeces of their animal host, contaminating drinking water or crops for humans and farm animals. This has been seen in Bangladesh, where bats drink from and urinate into vessels collecting palm sap, causing outbreaks of Nipah virus in local communities.

Although wild animals transmit zoonotic viruses, people are much more frequently in contact with domestic animals, creating ample opportunities for disease spillover. Poultry can spread bird flu, and there have been sporadic (and often deadly) outbreaks of H5N1 or H7N9 strains in the last 20 years, leading to mass culls in farms.

Although less lethal, bacteria such as salmonella and campylobacter, commonly found in farm animals, cause thousands of cases of food poisoning in the UK alone. Even normally harmless bacteria may acquire antibiotic resistance genes in farms that use lots of antibiotics. Outside Europe, antibiotics are often added to animal feed as growth promoters, potentially helping to incubate multidrug-resistant bacteria in livestock.

How to prevent zoonotic disease outbreaks

There are no simple solutions to prevent zoonotic outbreaks, but researchers in our Bat-One-Health consortium are studying how to reinforce three particular lines of defence.

Preserving ecosystems and restoring natural habitats can ensure animals don’t need to forage near where humans live. Risky behaviours that expose people to pathogens can be reduced – not by imposing harmful bans on wild meat – but through community engagement that’s respectful of different livelihoods and cultural practices. Most importantly, governments must invest in public health and surveillance where they are needed most.

Understanding how new viruses make the jump from animals to humans can help lower the risk of future pandemics, but it will mean dispelling misconceptions about where most transmission occurs and avoiding knee jerk reactions.