Should We Be Worried About the New Wuhan Coronavirus?

There’s so much we don’t know about the virus, which increases the level of concern from public health officials. 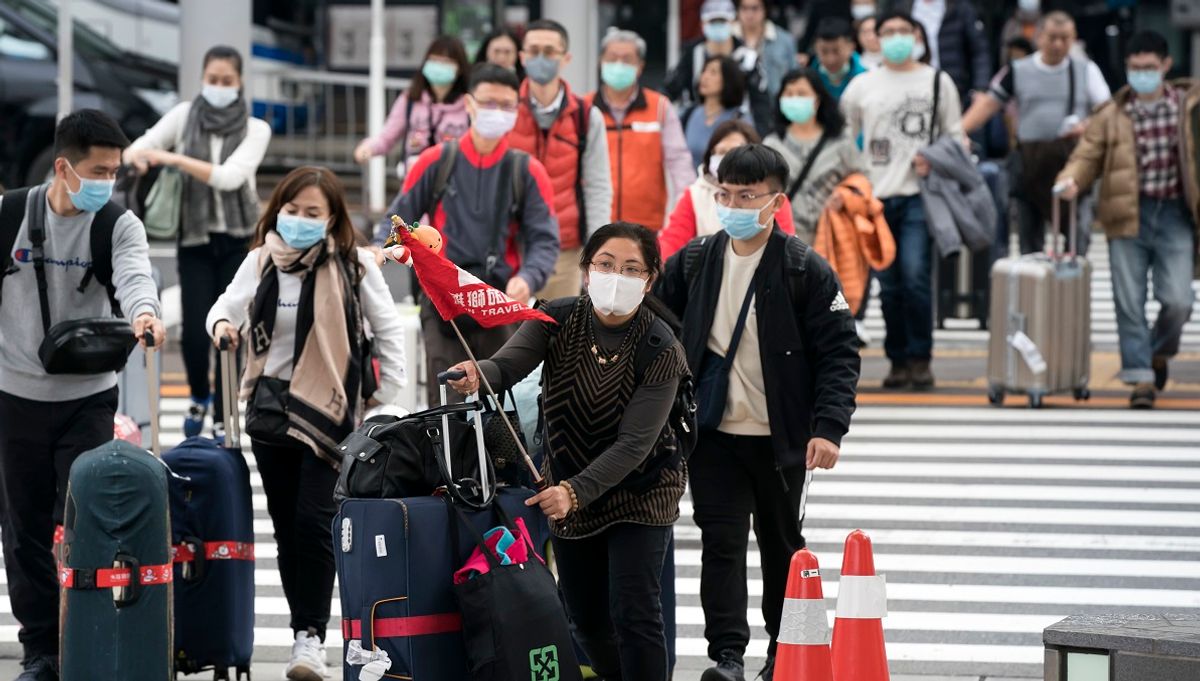 This article by Ian M. Mackay is republished here with permission from The Conversation. This content is shared here because the topic may interest Snopes readers; it does not, however, represent the work of Snopes fact-checkers or editors.

The World Health Organisation has postponed its decision about whether to classify the new Wuhan coronavirus as a global health emergency. It wants to gather more information.

In the meantime, China has barred people from leaving Wuhan:

There’s so much we don’t know about the virus, which increases the level of concern from public health officials.

So what do we know so far?

We first heard about cases of pneumonia caused by a new virus in December from authorities in Wuhan, China – a city of 11 million people.

What started as a cluster of 27 people with pneumonia – with common symptoms including fever, dry cough, chest tightness and difficulty breathing – has spiralled to 582 confirmed cases, including medical staff, and 17 deaths.

The cases span 13 provinces in mainland China as well as Thailand, Japan, South Korea, the United States, Taiwan and Macau.

This is all occurring during peak influenza season in China so there are some illnesses around that may appear similar to coronavirus. It’s also a time when millions of people in the region travel home to family for Lunar New Year celebrations, potentially carrying the virus to new places, as we’ve already seen.

We are yet to see a confirmed case in Australia, but that could change any minute. Test results of a Brisbane man who was suspected of having the virus came back clear.

Development of a diagnostic test

China was extraordinarily efficient and open in identifying the virus, a new strain of coronavirus, within just over a week. Chinese scientists sequenced the virus’s genetic code and, within days, shared that information with the world.

This allowed researchers from Germany to rapidly develop and openly share a suite of specific nucleic acid tests that sensitively identify the virus by detecting small amounts of its ribonucleic acid (or RNA, similar to DNA). Researchers in Hong Kong and from the Chinese Centre for Disease Control then published their own different tests.

We already live among coronaviruses

Four other human coronaviruses (HCoV-229E, HCoV-OC43, HCoV-NL63 and HCoV-HKU1) cause colds, flu-like illnesses and more severe respiratory diseases such as pneumonia. Viral pneumonia is a combination of virus infection of the lungs and our body’s immune response to that damage.

Newborns, the elderly, immunocompromised people and those with underlying disease are at particular risk.

The new Wuhan coronavirus seems to cause less severe disease than the SARS coronavirus, which is now extinct after its single dramatic outbreak in 2002-4.

MERS was less severe than either, unless the patient was already burdened with underlying disease. MERS continues to transmit from camels to humans, but it’s relatively easy to avoid infection and vaccines are in development.

Because we are at such an early stage of discovery and characterisation of the new Wuhan virus, it’s very difficult to compare it to other viruses or to draw any strong conclusions about how it transmits, and its impact on humans.

How does it spread?

We don’t know where the new virus came from originally. We think it originated in animals, but testing so far has not confirmed a specific animal host. Analysis of the genome suggests it has only recently emerged in humans. So which host were humans exposed to? And how was it transmitted to humans?

Once we know where it came from we can track down and remove the source of the virus.

Some evidence suggests it can also spread between people. We don’t yet know how, but we can make some guesses.

It seems to be a respiratory virus, given the disease primarily involves the lungs, so it’s likely to spread through the same routes as colds and flu: sneezes and coughs propelling droplets into the air or onto hands that then touch other surfaces, or by touching our eyes, nose or mouth after contact with contaminated surfaces.

We also don’t know how easily it spreads. Initially it seemed to require prolonged and close contact, making it harder to catch in day-to-day life. However, there are more recent indications that it spreads more easily between people.

What we know and don’t know

Up to January 22, 17 deaths have tragically occurred from 582 cases (about 3%). This is lower than the proportion who die from influenza-associated pneumonia, which one study estimated to be 10%. It’s a crude comparison, but one we can at least mull over for now.

The number of virus cases is likely to be an underestimate, but we don’t know by how much.

At the moment, colds and flu-like illnesses are common in China. There are also many causes of viral pneumonia – 135 people with pneumonia arrived in Hong Kong from Wuhan between December 31 to January 22. To date only two cases have tested positive for the new virus; most had an influenza virus or other viruses.

So far, we know the new Wuhan coronavirus causes pneumonia and therefore places an extra burden on hospitals. It’s likely transmitting from human to human, but may also still be transmitting from animal to humans. And it can be tested for by professional laboratories.

For now, health authorities are ensuring we are prepared and watching the situation while we await further details.

You can protect yourself in the same way as you would against other respiratory illness: by being vigilant about hand-washing and practising good cough and sneeze etiquette, which means coughing or sneezing into your flexed elbow or into a tissue, and washing your hands.