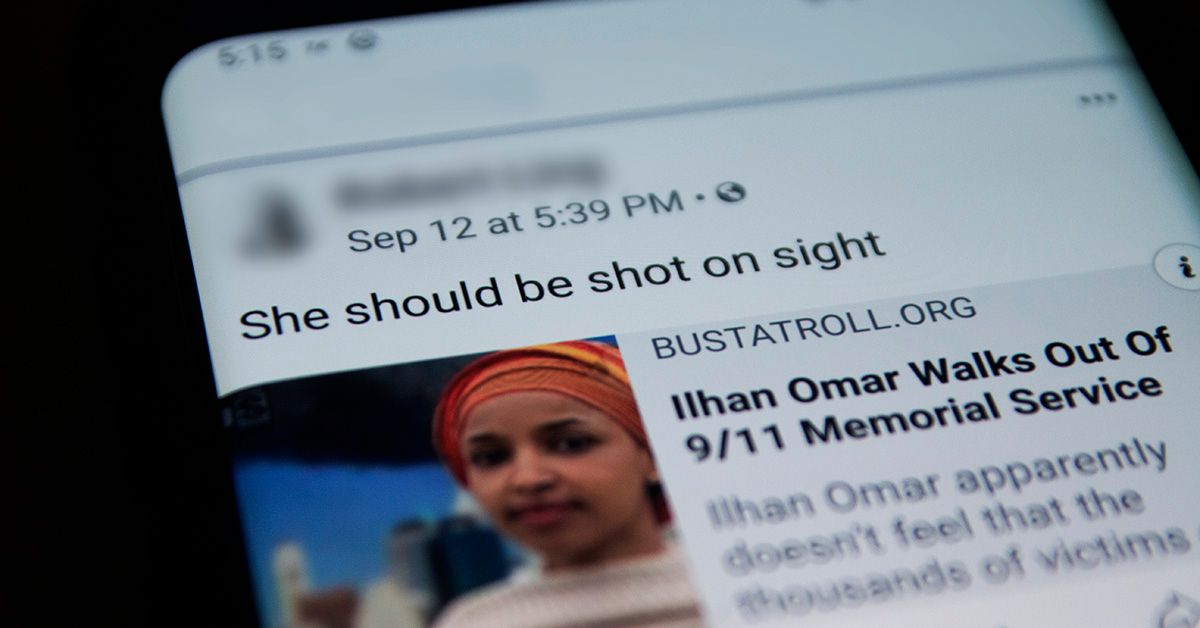 In July 2019, a Louisiana police officer was fired after he posted a threat against U.S. Rep. Alexandria Ocasio-Cortez on Facebook. The threat was not posted in reaction to a controversial speech, policy proposal, or even a social media posting from Ocasio-Cortez, but in response to a piece of "satire" published on the website TatersGonnaTate.

The article the officer commented on posited that Ocasio-Cortez had said U.S. soldiers were paid too much for their service. The officer wrote in response that the freshman representative was a "vile idiot" who "needs a round, and I don't mean the kind she used to serve." But the article, as stated in disclaimers on the publisher's website, was entirely fictional, and Ocasio-Cortez never said anything of the kind.

Although this incident made national news — in large part because it involved a law-enforcement official — most online threats go unnoticed and unreported. But false news, junk news, and in some cases self-labeled "satire" articles generate a near-constant stream of threats against public officials. We took a look at the comments below a Facebook posting of another putatively satirical article and found dozens of people insulting, dehumanizing, and threatening to harm another elected official: U.S. Rep. Ilhan Omar, D-Minnesota.

TatersGonnaTate is part of a network of websites and social media accounts called America's Last Line of Defense, or LLOD for short. This network, which includes sites such as BustATroll, DailyWorldUpdate, and ObamaWatcher, traffics in a brand of satire that plays on the fears of its (mostly) conservative targets. That description isn't an opinion; it's the expressed intent of the website, as explained on its About page:

"Taters are the are the conservative fans of America’s Last Line of Defense. They are fragile, frightened, mostly older caucasian Americans. They believe nearly anything. While we go out of our way to educate them that not everything they agree with is true, they are still old, typically ignorant, and again — very afraid of everything."

Articles on TatersGonnaTate, as well as the other websites in the LLOD network, contain several tags labeling their content as "satire": a video game style "S for Satire" rating sits at the top of the website, the articles are filed in categories that label their content as fiction, and the site states on its "About" page that "everything on this website is fiction." While LLOD's articles are, for the most part, better labeled than some other purveyors of misinformation, their content regularly fools people who encounter them.

Which begs the question: If satire is supposed to "expose" a population's "stupidity or vices," as stated in the dictionary definition of the word provided on TatersGonnaTate, what happens when the audience is oblivious to the joke? Who is responsible when such stories are taken as genuine news, generate outrage, and result in death threats (or even worse, violent action)?

The article excerpted below was published by BustATroll on the 18th anniversary of the 9/11 terrorist attacks on the U.S. The website published a picture of Omar in front of a backdrop of a skyline with smoke rising from one of the Twin Towers in New York City and declared that the Somali-born lawmaker, who is also a Muslim, had walked out of a 9/11 memorial service. (Note the barely discernible "satire" watermark in the image that is blended into the background): Ilhan Omar apparently doesn’t feel that the thousands of victims of terrorism on 9/11 are worth her time to remember. That is what we can assume after she was seen to abruptly get up and leave from a planned “Celebration of Life” memorial for the dead that took place in Washington today.

If BustATroll's goal was to fool and anger conservative readers, the site succeeded. This article was posted to several different Facebook pages outside of the LLOD network, where it spawned dozens of threats and hateful comments aimed at the congresswoman.

Here's a sample of what we found: Websites such as those in the LLOD network perhaps can't be blamed for creating the hatred geared at some of our elected officials — prejudices against Muslims existed long before BustATroll was launched — but they certainly seem to exploit it. The comments shown above appear to come from people who were genuinely taken in by this fictional article, believed that an elected official (who also happens to be a Muslim) disrespected a memorial service for 9/11, and were angrily lashing out at her on Facebook.

We reached out to several of the Facebook users who posted insults and threats against Omar to see if they were aware they were responding to a piece of self-described "satire," but so far none of them has been willing to talk with us. We also reached out to BustATroll, who similarly declined to answer our questions.

Facebook did respond to our request for comment on how some of the content that flourishes on their platform generates death threats, and whether the company was doing enough to stop the spread of such content. A spokesperson reiterated the steps the company has taken — accompanying articles with fact checks where appropriate and limiting the reach of stories with "False" and "Mostly false" ratings" — and told us that Facebook's aim was to stop the spread of iniquitous content that masquerades as satire while allowing genuine satire to be shared:

For all content that has received a rating from fact-checkers, regardless of the rating, we provide more information by showing other articles immediately below the story in Related Articles. For stories that receive a “False” or “Partly False” rating, we will show them lower in News Feed. There's a difference between sites that share stories that are easily identifiable as satire and sites that self-identify as satire to provide cover for their nefarious efforts to spread disinformation. We want to allow the former and stop the latter, and this continues to be a challenge, especially with photos and videos— so we work in partnership with third-party fact-checkers to get this right.

We asked how the company itself differentiates between the two but did not receive a response. In any case, the distinction between content labeled satire and disinformation is insufficient to address the problem.

In interviews, BustATroll's operator, Christopher Blair, has insisted his work is legitimate satire and has denied having any malicious intent. At the same time, he has admitted his articles are calculated to trick conservatives into believing falsehoods and provoke knee-jerk reactions from an audience he characterizes as "hardcore, Trump-loving sheep." As such, the articles are sometimes barely distinguishable from the toxic smears spread by disinformation agents to incite hatred and division, and achieve the same effect.

You can read more about why we cover satire here.