Both women have alleged in interviews that the president compared them to Ivanka Trump. 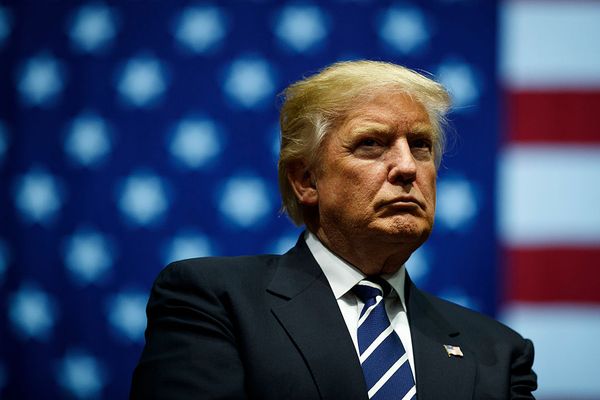 The post, which periodically goes viral, does not deliver on the headline premise of providing evidence that “conservative Christians” have defended alleged incestuous fantasies by the U.S. president with the Bible. It does, however, cite several comments based in public record, including the alleged Donald Trump quote displayed in the meme accompanying the article: Both Karen McDougal, a model and Playboy Playmate, and Stormy Daniels, an adult film star, have alleged in press interviews that they had affairs with Trump, and that he said each reminded him of his daughter, Ivanka Trump. In some cases, these claims predated Trump’s political career. In 2011, Daniels gave an interview to In Touch Weekly magazine. Though unpublished until 2018, Daniels stated in a transcribed interview to reporter Jordi Lippe-McGraw that Trump compared her to his daughter:

DANIELS: [Donald Trump] bragged about his daughter quite a bit though. He was very proud of her, which is nice. He told me once that I was someone to be reckoned with, beautiful and smart just like his daughter. She is smart and beautiful, so I guess that’s a compliment.

Daniels, whose real name is Stephanie Clifford, repeated this claim in a March 2018 interview with Anderson Cooper on CBS’s "60 Minutes":

STEPHANIE CLIFFORD: Yes. So he turned around and pulled his pants down a little — you know had underwear on and stuff and I just gave him a couple of swats.

ANDERSON COOPER: This was done in a joking manner.

CLIFFORD: Yes. And from that moment on, he was a completely different person.

CLIFFORD:  He quit talking about himself and he asked me things and I asked him things and it just became like more appropriate.

CLIFFORD: Yeah.  He was like, "Wow, you -- you are special. You remind me of my daughter." You know -- he was like, "You're smart and beautiful, and a woman to be reckoned with, and I like you. I like you."

McDougal also alleged that Trump compared her to Ivanka during the course of their affair. From a March 2018 interview also conducted by Cooper:

COOPER: Did he ever compare you to any of his kids?

MCDOUGAL: You know, he, he's very proud of Ivanka, as he should be. I mean, she's a brilliant woman. She's beautiful. She's — you know, that's his daughter, and he should be proud of her. He said I was beautiful like her and, you know, you're a smart girl. And there wasn't a lot of comparing, but there was some, yes. I heard a lot about her. Yes.

Finally, the quote ascribed to Trump and used as the social media image for this Patheos blog post — “it is wrong to be more sexually attracted to your own daughter more than your wife?” — was allegedly overheard by “someone” whom Washington Post columnist Richard Cohen “knew.” The quote, BuzzFeed News reported, was included in an advanced draft of Cohen's syndicated column, but removed in the final published version:

"Can I ask you something?" Trump asked someone I know, about his then-13-year-old kid, "Is it wrong to be more sexually attracted to your own daughter than your wife?

Absent some form of audio or video recording of these conversations, we are able only to document the provenance of the quotes, not their veracity.

In Touch Weekly.   “Stormy Daniels’ Explosive Full Interview on Donald Trump Affair: ‘I Can Describe His Junk Perfectly’.”     4 May 2018.