A blog post selling detox solutions does not a peer-reviewed, scientific study make -- but we took a look at its claims anyway. 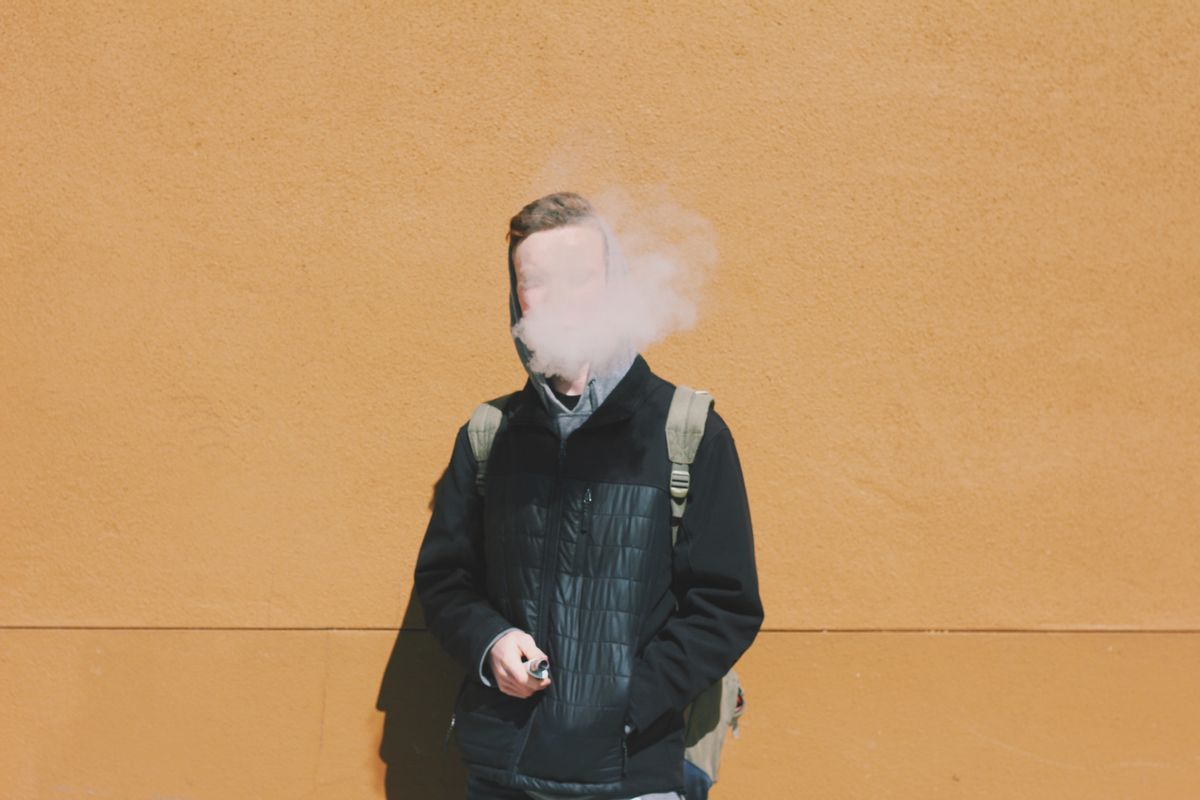 In April and May 2019, two identical posts with the title “Vaping Now Linked to Brain Damage, Narrow Arteries, and Serious Lung Damage” were published on separate clickbait websites, Real Farmacy and Living Traditionally. The piece, which made a series of vague claims about the dangers of electronic cigarettes, was used in both instances to sell a wheatgrass supplement so “you can detox your body from toxic substances.” Both websites profit from the sale of said wheatgrass. As such, the scientific information in these viral articles needs to be taken with a grain of salt.

As a general rule, science is currently unable to answer a great many questions about the long-term effects of e-cigarette smoking. For one thing, the ingredients used by different e-cigarette brands are variable and, in general, not publicly disclosed. Until 2016, the U.S. Food and Drug Administration (FDA) did not regulate e-cigarettes as tobacco products, and in 2017 that agency delayed until 2022 implementation of a requirement that e-cigarette manufacturers report their products’ contents to them. E-cigarettes remain fairly new, so long-term, epidemiological studies about their use are hindered by a lack of data.

One of the most exhaustive studies to date on the topic is a 2018 report published by the National Academies of Sciences, Engineering, and Medicine. While addressing several short-term health concerns in e-cigarette smoking, as well as comparing those risks to traditional cigarettes, that body concluded that "The absolute risks of [e-cigarette products] cannot be unambiguously determined at this time. Long-term health effects, of particular concern for youth who become dependent on such products, are not yet clear.:

Below, we will assess the specific claims made in the Real Farmacy and Living Traditionally viral posts.

The headline claim of vaping being “linked” to “brain damage” is not actually explained anywhere in the piece. “Brain damage” is an inherently broad term to begin with, but the only neurologically related symptoms listed in the piece were “hyperactivity in children.” This claim, in particular, is not supported by the scientific literature.

Many e-cigarettes, and Juul brand vaporizers in particular, contain benzoic acid: a naturally occurring chemical that the FDA recognizes as generally safe and that is commonly used as a preservative in food. The addition of benzoic acid in e-cigarette cartridges allows for the formation of a nicotine salt — nicotine benzoate — which is then delivered to the user in an aerosol form. This approach likely increases the absorption of nicotine into the bloodstream, potentially making the rate of nicotine absorption from a vaporizer comparable to traditional cigarettes. The clickbait article focuses on benzoic acid because of its claimed link to childhood hyperactivity based on earlier literature that is likely not relevant to e-cigarettes.

For example, some research exists on a different salt of benzoic acid — sodium benzoate — suggesting a possible link between the preservative and childhood hyperactivity. A study published in 2007 concluded that “sodium benzoate preservative [resulted in] increased hyperactivity in 3-year-old and 8/9-year-old children in the general population.” However, the oral consumption of sodium benzoate is a different beast than the inhalation of nicotine benzoate, and as such its relevance to e-cigarettes is dubious. Further, that 2007 study was somewhat controversial, and a later analysis of benzoic acid held that while the paper’s findings with regard to childhood hyperactivity might be relevant to certain populations, it may have limited relevance overall.

Discussion of the headline claim of vaping's being “linked” to “narrow arteries” is similarly absent from the body of the article. Vasoconstriction, the medical term for the reduction in the width of blood vessels, is indeed linked to both smoking and to nicotine consumption. Though it is often hard to disentangle the effects of the myriad other chemicals in cigarette smoke from the effects of nicotine specifically, it is generally well-accepted that nicotine “stimulates the sympathetic nervous system, which results in short-term increases in heart rate, blood pressure, and myocardial contractility.” This in turn can increase the risk of a heart attack or other cardiovascular events.

The viral post alleged two respiratory risks from e-cigarette consumption. The first, that vaping “can lead to popcorn lung,” refers to a condition known as bronchiolitis obliterans that was originally discovered in workers who fell ill at a microwave popcorn factory. The culprit turned out to be a chemical used for butter flavoring called diacetyl. In 2015, researchers associated with the Harvard School of Public Health found diacetyl in 39 out of “51 types of flavored e-cigarettes and liquids sold by leading brands.” The conclusion that diacetyl causes bronchiolitis obliterans is robust and uncontroversial, but it bears mentioning that no published evidence links a specific case of popcorn lung to e-cigarette use. Without large-scale, epidemiologic studies, the connection remains theoretical.

The post also stated that “the vapors from 56 e-cigarette users had toxic levels of metals in them such as lead. These metals have been found to cause lung cancers, and liver disease when inhaled.” This claim refers to a 2017 study by researchers at the Johns Hopkins School of Public Health, and a press release summarized that study’s findings as follows:

The researchers found [cadmium, chromium, lead, manganese, and nickel] -- which can be toxic or carcinogenic when inhaled – in all five brands, though levels varied by brand. The main source of the metals, the researchers believe, is the coil that heats the liquid that creates the aerosol, which is often but erroneously referred to as vapor.

However, contrary to the claim that “toxic levels” of these metals were conclusively present, lead researcher Ana María Rule stated in that press release that “we do not know if these levels are dangerous, but their presence is troubling and could mean that the metals end up in the aerosol that e-cigarette users inhale.”

The National Academies study, for its part, concluded that there “is substantial evidence that e-cigarette aerosol contains metals.” Further, this is one area with clear evidence of increased risk from exposure to e-cigarettes compared to traditional cigarettes. The National Academies researchers concluded that there is “limited evidence that the number of metals in e-cigarette aerosol could be greater than the number of metals in combustible tobacco cigarettes, except for cadmium.”

An epidemiological link to lung cancer, like a link to popcorn lung, requires more data than are available to researchers presently, however. According to the National Academies, “there is no available evidence whether or not e-cigarettes cause respiratory diseases in humans.” More broadly in terms of cancer, the National Academies concluded that “there is substantial evidence that some chemicals present in e-cigarette aerosols (e.g., formaldehyde, acrolein) are capable of causing DNA damage and mutagenesis. This supports the biological plausibility that long-term exposure to e-cigarette aerosols could increase risk of cancer and adverse reproductive outcomes.” However, the authors added, “whether or not the levels of exposure are high enough to contribute to human carcinogenesis [i.e., the formation of cancer in human cells] remains to be determined.”

E-cigarettes are fairly new products and have seen little regulation to date. Myriad potential adverse health effects exist from e-cigarettes, but epidemiological evidence to support those links are scarce. The viral article accurately stated the risk of heavy metals in e-cigarettes and alluded to cardiovascular issues that have scientific support in the medical literature. However, the article did an inadequate job of defining what it meant by “brain damage” or supporting that claim, and it also misstated scientific fact in several cases while overselling the scientific confidence in the adverse health effects of vaping.

As a final note, we observe the claim that wheatgrass “can significantly reduce the risk of lung cancer” — or any cancer for that matter — is, in the words of the Sloan Kettering Cancer Center, “not supported by current scientific understanding.”