HB 182 would limit access to, but not criminalize use of, certain types of birth control. 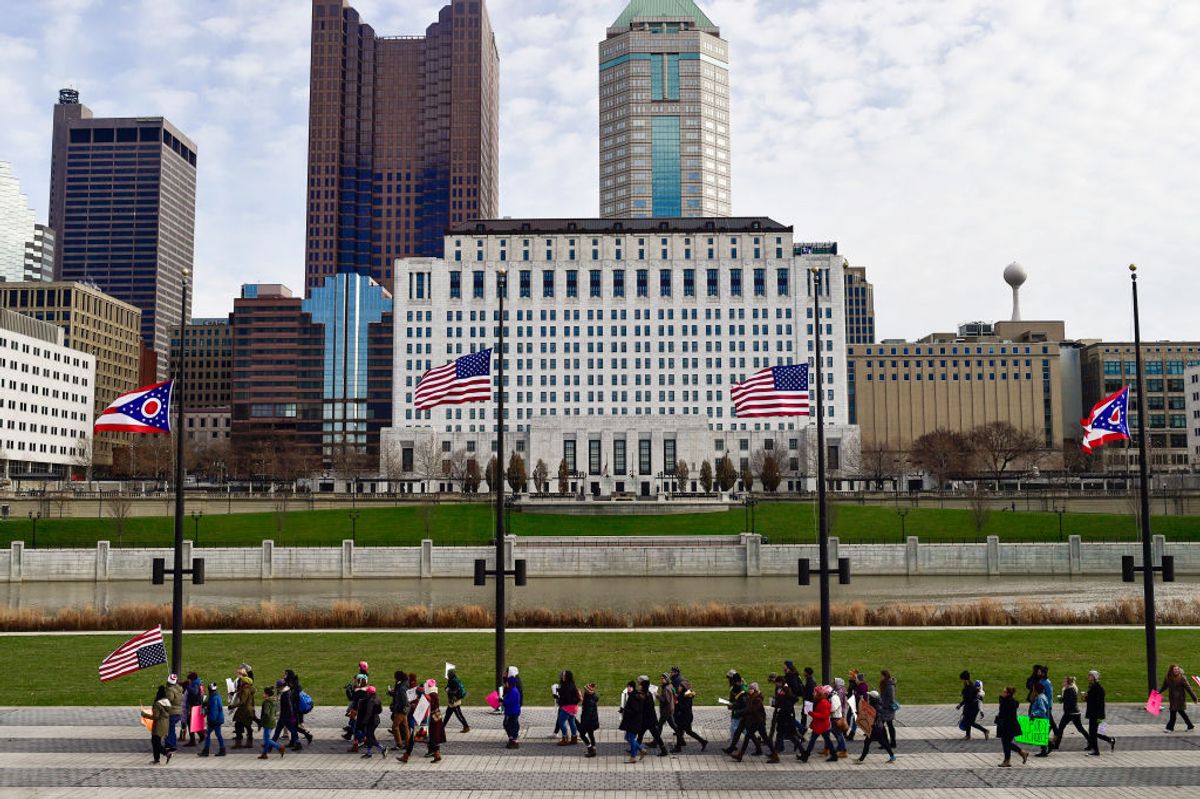 An Ohio legislative bill would severely limit access to certain contraceptives by restricting insurance companies from covering them, as the state adopts a law that bans abortion after the detection of a fetal heartbeat.

House Bill 182, authored by Ohio State Rep. John Becker (R), has been the focal point of widespread criticism as well as confusion. Broadly speaking, it bars health insurers from covering all abortions — except when the life of the mother is at risk — as well as unspecified birth control methods.

Meantime, on 11 April 2019, Ohio's Republican Gov. Mike DeWine signed legislation that bans abortion after a fetal heartbeat can be detected. Opponents of the law have already filed a federal lawsuit seeking an injunction preventing the legislation from going into effect on 10 July 2019 while the case is ongoing.

Becker's bill drew attention for barring insurance companies from covering abortions under almost all circumstances in addition to unspecified birth control methods, while allowing coverage for what doctors call a non-existent procedure: the surgical re-implantation of ectopic pregnancies. An ectopic pregnancy is a life-threatening condition in which an egg attaches outside the uterus, usually in the fallopian tubes, and ending such a pregnancy is the only treatment currently available.

Many also misconstrued the bill to mean that if it passed, it would levy criminal penalties against those who used birth control:

“Birth control pills, IUD’s and other methods of birth control like that – the bill states that any birth control that could act to stop a fertilized egg from implanting in the uterus is considered an abortion under this bill,"

HB 182 limits access to birth control but doesn't criminalize it. Becker told us in a phone interview that the bill would bar insurance companies from covering methods that prevent a fertilized egg from implanting in the uterus, but "The bill is only about insurance coverage. There are no criminal penalties at all," Becker said.

However, the bill doesn't say which birth control methods would be affected, and Becker asserted its vagueness is intentional because of "the wide variety and ever-changing technology. The bill is forward-looking to avoid future amendments to keep up with medical advancements."

Becker referred to such methods as "abortifacient," or something that causes an abortion. The terminology exposes the fact that under Ohio law, pregnancy is defined as commencing "with fertilization" of an egg. But that's contrary to how the medical and scientific communities define pregnancy.

The American College of Obstetricians and Gynecologists (ACOG) defines pregnancy as the "physiologic state of a woman that follows implantation of a blastocyst(s)," while noting that it is distinct from the idea of conception. "Conception and pregnancy are not the same. Conception is a lay term that has no scientific validity and is not generally used in the medical literature because of its variable definition and connotation."

In order to have an abortion, one must be pregnant, said Dr. Jen Villavicencio, an OBGYN. "Science and medicine define pregnancy as the implantation of a fertilized egg into the uterine wall."

Once that happens, she said, a hormone is released into the blood and urine that can then be detected by pregnancy tests.

"Anything that interrupts the process prior to [implantation] is not an abortion, nor is that device or medicine an abortifacient," Villavicencio added. "Fertilized eggs that do not implant happen all the time. Not every fertilized egg implants into a uterine wall and becomes a pregnancy, just like not every pregnancy becomes a baby."

Doctors were also widely critical of the aspect of the bill that allows insurance companies to cover a procedure "for an ectopic pregnancy, that is intended to reimplant the fertilized ovum into the pregnant woman's uterus."

"It’s an incredibly bizarre thing for someone who is not medically trained to suggest," she told us. "It is clear [Becker] has little to no concept of anatomy or biology. To think you can take a pregnancy that has implanted in an inappropriate anatomical location, remove it intact and implant it in another organ and have that pregnancy continue, that’s science fiction."

In defending that portion of the bill, Becker sent us two reports, one from 1915 and the other from 1980, that purportedly documented two cases in which surgeons removed fertilized eggs from the fallopian tubes of two patients with ectopic pregnancies and successfully implanted them in the uterus.

But those years-old anecdotes about such procedures have not translated into solid science, said Dr. Daniel Grossman, professor of obstetrics, gynecology and reproductive sciences at the University of California at San Francisco.

"This is not a medical treatment," Grossman told us. "This has not been studied, it has not been shown to be safe and effective, and it’s not something that’s done."

Ectopic pregnancies are the leading cause of maternal mortality in the first trimester and can lead to hemorrhaging. They often occur before a woman is even aware she is pregnant. The standard treatment involves removing the pregnancy once the condition is detected.

Grossman was critical of Becker's bill for crossing out wording that allows for insurance companies to cover treatment for ectopic pregnancies:

Becker said the language was removed because a broad exception for covering procedures in which the life of the mother is at risk is in the legislation, making it redundant. But Grossman said he was still concerned because "if you’re saying these treatments should be allowed for ectopic pregnancy, it doesn't make sense to line them out in the text of the bill."

Grossman added, "In the midst of this maternal mortality crisis in the U.S. we shouldn't be doing anything that raises barriers to treatment for ectopic pregnancy, which is a known cause of maternal mortality."

Notably, Becker's bill also removes the exceptions for rape and incest, meaning women who can't afford abortions to end pregnancies stemming from being the victims of such crimes couldn't obtain them in Ohio, because if the bill becomes law, abortion wouldn't be covered by insurance plans.

"It is cruel to eliminate essential health care in patients' health insurance," Villavicensio said. "Anyone, regardless of how they got pregnant, should have access to abortion in a compassionate and non-judgmental manner. It's particularly cruel to suggest someone who has been subjected to trauma such as rape or incest should be forced to carry the result of that trauma against their will."

As of 2017 there were 123,437 children awaiting adoption in the U.S., according to federal government statistics.

Villavicencio told us she believes the game plan in Ohio is to restrict abortion in the short term while Republican lawmakers pass various restrictive abortion bans in a growing number of states in hopes of overturning the 1973 Roe v. Wade Supreme Court ruling, which effectively made abortion a constitutional right. "In my opinion, if I had to predict what the strategy is, they [the Ohio GOP] passed the heartbeat bill to challenge Roe. The insurance bill is for the intervening time [because it takes time for a challenge to reach the Supreme Court]."

Becker said he doesn't believe a "centralized government" entity should dictate reproductive rights, and that he feels it should be left up to states.

"There is no constitutional right to an abortion," Becker said. "We’ve seen throughout history the Supreme Court makes things up as they go along."

Danielle Garrand.   "This Ohio Anti-Abortion Bill Says That Ectopic Pregnancies Can Be Moved to the Uterus — But That Isn't Scientifically Possible."     CBS News.   16 May 2019.

Updated to include the American College of Obstetricians and Gynecologists definition of pregnancy.