Did the Wall GoFundMe Founder Use the Money to Buy a Yacht?

Two leaders of the online fundraising campaign plead guilty to fraud in April 2022. 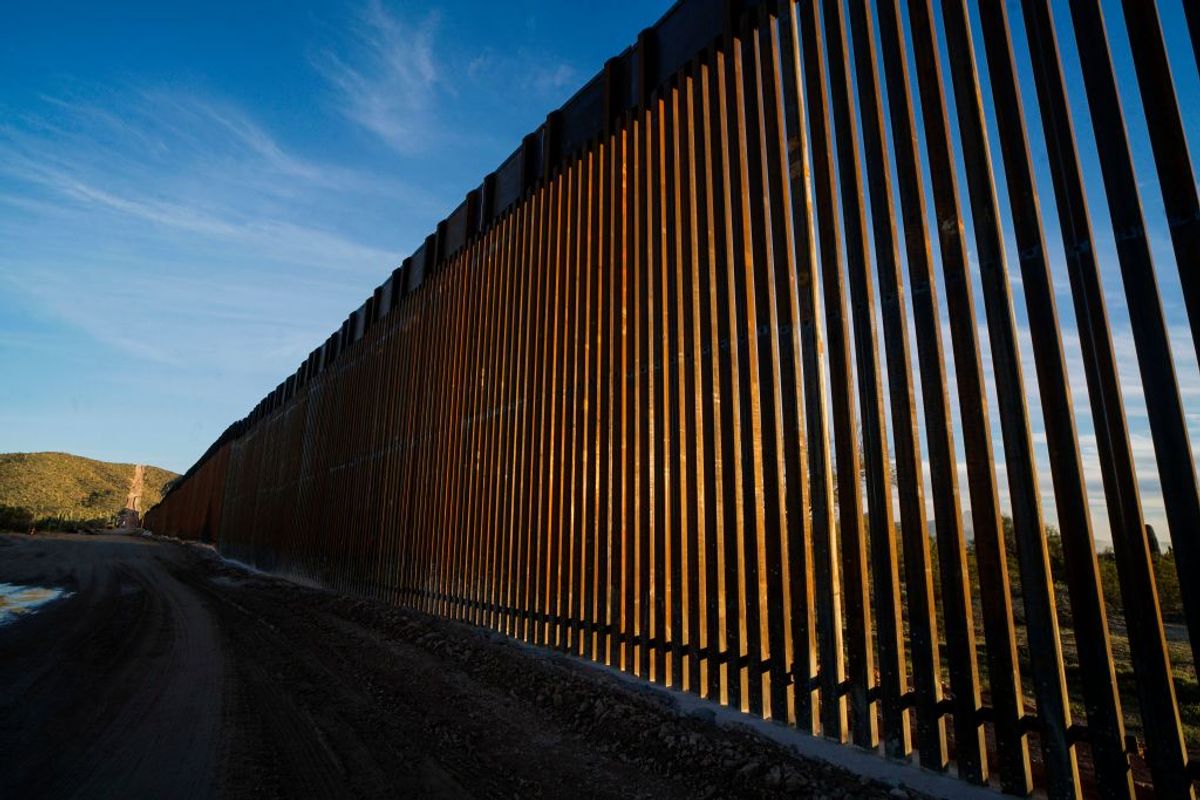 Editor's note: The leaders of the We Build the Wall crowdfunding campaign that nominally raised funds from the public to privately fund border wall construction between the United States and Mexico have been indicted on fraud charges.

Former White House adviser Steve Bannon, Brian Kolfage, Andrew Badolato and Timothy Shea were indicted on Aug. 20, 2020, on federal charges of, "defrauding hundreds of thousands of donors in connection with an online crowdfunding campaign known as 'We Build the Wall' that raised more than $25 million," according to the U.S. Department of Justice.

Our original article is below:

A crowdfunding campaign that raised millions in private donations to help build a wall along the U.S.-Mexico border has long been the subject of controversy, but it gained new attention when an anonymous critic quoted in a 12 May 2019 blog post voiced a suspicion that the campaign's originator, Brian Kolfage, had stolen wall funds and used them to buy a yacht.

The accusation was based on the source's opinion, and no other evidence of wrongdoing was offered up in the post. The campaign's founders have vehemently denied the allegation, stating that misappropriating funds in that manner would not even be possible.

“People don't have to like or support our project, but the accusations that Brian or anyone is using our donors' money for anything other than securing our border is really frustrating because we have gone above and beyond to make sure that isn't the case," said Dustin Stockton, a founder of We Build the Wall, the organization formed to manage the GoFundMe money.

Kolfage, a disabled Florida war veteran and vocal supporter of President Donald Trump, launched the "We the People Will Build the Wall" GoFundMe campaign in December 2018 during an impasse between Trump and Democratic members of Congress over wall funding. To date it is one of the highest-grossing GoFundMe campaigns in history, second only to the Times Up Legal Defense Fund campaign, which raised $24.2 million to help victims of sexual harassment and assault.

The campaign has been the subject of scrutiny since it started. Critics questioned whether a privately funded effort could realistically make a dent in what would be a monumental feat of planning and construction. Others pointed to the lack of evidence that any wall to date has come of Kolfage's promises to build one with the monies collected. But on 12 May 2019, a critic of Kolfage took that scrutiny to the next level and accused Kolfage of outright theft.

In a 12 May 2019 post on the blogging platform Medium, Grant Stern, a Florida mortgage broker and writer for the liberal internet network Occupy Democrats, cited an unnamed source who voiced his belief that a yacht pictured on Kolfage's Instagram account had been paid for with money from the wall GoFundMe.

The piece used the headline "SOURCE: Wall GoFundMe sponsor just paid for a ‘nearly’ $1 million yacht." It quoted an unidentified source, described as a Trump supporter who purportedly knows Kolfage, as saying, "That money was supposed to be for the wall. I hate fuckers that take money under false pretense. Kolfage is using the wall money to fly private, range rovers boats, etc."

The post prompted readers to write in and ask Snopes.com whether Kolfage bought a yacht with funds raised for the wall. Kolfage said it's not only not true, but it would have been impossible.

He purchased the vessel in question for $675,000, paid mostly up front, after selling another boat in the summer of 2018 — a full six months before the border wall stalemate and GoFundMe campaign started, Kolfage told us in an email. He also sent us the bylaws for We Build the Wall, a new 501c(4) non-profit he is in the process of registering with the Internal Revenue Service to manage the funds and forthcoming wall-construction projects. Those bylaws preclude him and anyone else associated with the organization from taking a salary or otherwise using the money for private purposes.

The governing rules of the new organization also set out the creation of "finance and audit committees to ensure all spending is used towards the stated purpose of the organization, building segments of border wall," Kolfage said in an email.

We also reached out to Stern, who told us that Kolfage had evaded his questions about the specifics of his finances, and added that "Brian Kolfage has no apparent sources of income" but recently bought two Yamaha boat engines for the newer yacht, "while his finances purportedly collapsed after Facebook shut down his fake news pages."

It's true that Facebook took down a network of websites operated by Kolfage in 2018. Kolfage used to own Right Wing News and ran the viral FreedomDaily Facebook page. The sites "frequently trafficked in false and politically divisive news," NBC reported. (Snopes.com frequently debunked stories posted by FreedomDaily when it was in operation.) Kolfage was accused of running an email-harvesting scam using those sites.

But Kolfage told us he has other streams of income, which include day trading and investment money. He received about $100,000 from a Department of Defense life insurance program after losing three limbs in Iraq; he invested the money in 2005, and it grew exponentially. He owns a coffee company and told us he has been "blessed in my life, and making smart choices with my money has given me the financial freedom to afford things that I have today."

According to NBC News, Kolfage has a long history of fund-raising for various causes, and NBC reported that since 2013, "he’s used GoFundMe to finance professional projects and lawsuits and to buy land."

More than 337,000 people originally donated to the GoFundMe, a figure that dropped to nearly 262,000 after it became clear that the campaign would not reach its stated goal of raising $1 billion. (Kolfage had initially pledged to refund all the money if the goal -- or "significantly close" to it -- was not reached.) At that point donors received refunds unless they actively directed GoFundMe to keep their money in the campaign.

Most of the money, $14 million, stayed in the campaign, although $6 million was refunded, according a GoFundMe spokesman. A single donation for $6 million made up the difference.

Updated to note Kolfage ran the viral FreedomDaily Facebook page, and include images of "We Build the Wall" bylaws concerning compensation.

Updated to note that the leaders of the organization were indicted on federal fraud charges.