“It is our policy to remove anti-vaccination advice and other health misinformation from our platform,” a spokesperson for the company told us. 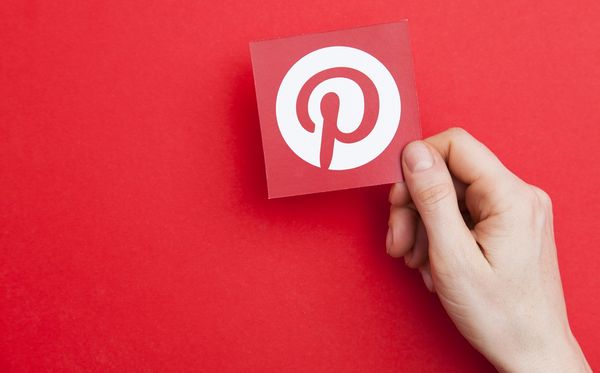 On 30 October 2017, the social media company Pinterest announced new community guidelines for health misinformation, including a policy which stipulated that

We remove any content that promotes harmful behavior, or anything that encourages or suggests self-harm. We’ll take action on misinformation that has immediate and detrimental effects on a pinner’s health or on public safety -- like promotion of false cures for terminal or chronic illnesses and anti-vaccination advice.

Anti-vaccine websites such as Health Impact News and Natural News were among the first large-scale accounts hit by the rule change, with the former complaining that Pinterest had succumbed to an “extremist pro-vaccine position.” Now in late 2018, it appears that many more medical conspiracy bloggers, supplement peddlers, and anti-vaccine websites have been caught up in the company’s continued crackdown on dangerous health misinformation. In a 14 December 2018 Facebook post, Erin Elizabeth of Health Nut News announced that both she and her partner Dr. Mercola, two of the more prolific health misinformers on the internet, had seen their accounts removed as well:

I have worked many years on building my Pinterest account each and every day to bring information to other people.I began it before I even had my website and it had many thousands of followers. Now poof. It is gone ... in an instant. There are many other pages that have disappeared and I know I am not alone ... My other half of nearly 10 years, Dr. Mercola, was banned last month. The reason? None of us were saying “vaccines cause autism!” Or anything like that. We just happen to be a couple of the larger pages worldwide that even question or discuss vaccines at all. For that? All the years of hard work we have are gone in an instant. Guess what? It feels like Nazi Germany is right around the corner. And I’m not even joking.

In point of fact, Elizabeth’s Health Nut News frequently suggests that vaccines cause autism. In August 2018, for example, she wrote “check out the video below where [Dr. Suzanne Humphries] discusses the potential connection between vaccines and autism. She says there is an undeniable connection between the two” in an article titled “What Causes Autism? This Explanation Might Be the Best We’ve Heard!” While Elizabeth frequently peddles misinformed scaremongering about vaccines, her website is probably most well-known for pushing conspiracy theories about an alleged government- or Big Pharma-sponsored killing of holistic health practitioners. Dr. Mercola has also frequently suggested that vaccines cause autism. In a November 2017 article titled “Vaccines — Are They Still Contributing to the Greater Good?”, for example, Mercola both suggested that vaccines cause “vaccine-associated autism”, and that special diets can alleviate said autism:

The good news is there is much more information available today about alternative biomedical therapies. These are being used by open-minded doctors addressing the neuroimmune dysfunction that children with vaccine-associated autism are suffering. Some children diagnosed with "autism" are improving through use of special diets, supplementation regimens and detoxification protocols tailored to their individual needs.

While Mercola’s website Mercola.com is one of the largest “alternative health” news sources on the internet, it is also an online store that has been fined or warned several times by the FDA and FTC for the promotion of dubious cures. In February 2017, as part of a settlement with the FTC, Mercola was forced to refund “$2.59 million to more than 1,300 people who bought Mercola indoor tanning systems,” which he had claimed on his website did not increase the risk of melanoma skin cancer but did reduce the effects of aging.

A third significant purveyor of dubious health advice, Sayer Ji’s GreenMedInfo, also appears to have been affected by the crackdown. “On Dec. 13th, 2018 Pinterest removed GreenMedInfo.com, one of the world’s most trafficked and widely referenced natural health research sites, from its platform,” Ji said in a 18 December 2018 post. In that post, Ji made a dubious claim regarding his websites’ past treatment of the topic of vaccines:

Pinterest’s accusations of misinformation (read 'fake news') are curious, to say the least, considering that all of our information on vaccination either reproduces verbatim published, peer-reviewed literature on the topic of their unintended, adverse effects, or simply reports on this primary, presumably rock solid layer of the biomedical literature.

In our view, Ji’s claim is “curious” because -- as just one example -- on 13 September 2018, GreenMedInfo published an article by anti-vaccine activist J. B. Handley titled “The Clear Legal Basis That Vaccines Cause Autism” which did not “reproduce verbatim published, peer-reviewed literature,” nor did it report on “the biomedical literature.” Instead, it was a lengthy opinion piece that attempted to make a “legal” argument for the link based on conspiracy theories about the National Vaccine Injury Compensation Program. GreenMedInfo had also published multiple articles by Dan Olmsted, the former editor of Age of Autism, a website that aggressively pushes the notion that vaccines cause autism.

We reached out to Pinterest to ask if any particular reason underlaid what appeared to be an increase in the enforcement of their health misinformation guidelines. A spokesperson told us via email that Pinterest “continue to take action on content and accounts that violate our community guidelines,” adding that they “regularly look for and remove content that violates our policies, in addition to removing violating content that’s reported to us by users.”

“We recognize the important role vaccines play in personal and public health, which is why it is our policy to remove anti-vaccination advice and other health misinformation from our platform,” Pinterest told us.

Batts, Vicki.   "Pinterest Claims That If You Question Vaccines, You Are Spreading 'Self-Harm' and Must Be Banned.”     Natural News.   12 September 2018.