Did Louis Farrakhan Lead a 'Death to America' Chant in Iran?

Farrakhan was accused of leading the chant while speaking to students at Tehran University. 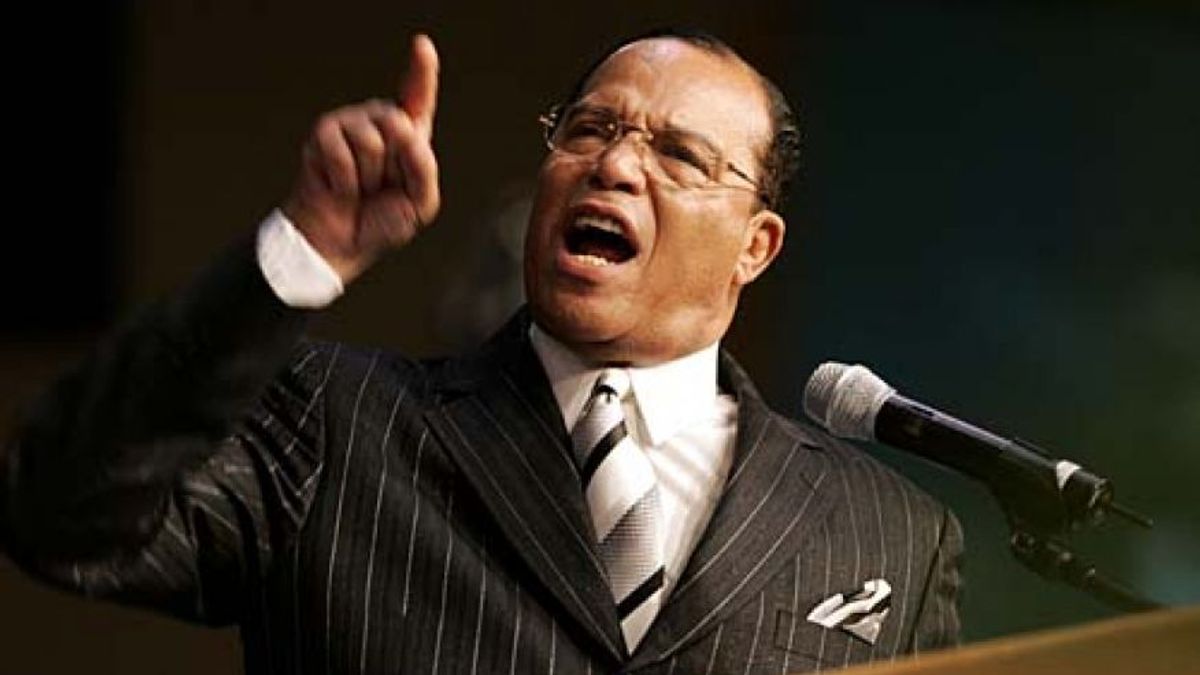 Minister Louis Farrakhan has been accused of leading a "death to America" chant during an early November 2018 trip to Iran, but despite the black nationalist leader's often-hateful rhetoric, reports of such may be a bit exaggerated.

In the midst of a speech at Tehran University on 4 November 2018, Farrakhan, the controversial leader of the Nation of Islam, invoked the phrase "death to Israel" in Farsi and then asked his audience if he was pronouncing it correctly. As audience members demonstrated how to pronounce the words, he repeated the phrase, but the audience responded by substituting "America" for "Israel":

Here's how the Associated Press described the moment:

Earlier on his trip to Iran, state television published a short video clip of Farrakhan trying to say “Death to Israel” in Farsi, a common chant at rallies in the decades after Iran’s 1979 Islamic Revolution. He began to repeat it, but the crowd at Tehran University sitting at Farrakhan’s event then substituted “America” for “Israel,” drawing laughter.

Shortly after the speech, numerous conservative news outlets reported the 85-year-old Farrkhan had led a "chant," with Fox News, for example, stating that Farrakhan "led a 'Death to America' chant during a solidarity trip to Iran."

Most of those outlets referenced an edited video shared on Twitter that cut out the section in which Farrakhan could be heard asking students how to pronounce the phrase:

Farrakhan responded to the accusation with a statement denying he had led a chant, stating he was simply trying to pronounce a phrase correctly in Farsi:

I never led a chant calling for death to America. To say otherwise is a blatant falsehood and an attempt to paint me as an enemy in a very dangerous time as tension rises between America and Iran and nations around the earth reject unjust sanctions and heavy-handed U.S. foreign policy. I asked a question about how to pronounce the chant in Farsi during my meeting with Iranian students and an examination of the video shows just that. My point was to engage students in a talk about what gives a nation perpetuity versus that which undermines and destroys a nation.

The Associated Press followed up with a report on the ensuing right-leaning media's complaints that legacy news organizations had "ignored" Farrakhan's purported chant:

Meanwhile, mainstream media outlets were faulted for failing to report the story, which has been featured mainly in Israeli and U.S. conservative sites such as the Algemeiner, Fox News, Breitbart, Weekly Standard, National Review, Washington Free Beacon and Daily Caller.

The conservative Media Research Center blasted the CBS Evening News for failing to report on Mr. Farrakhan’s remarks during its Monday story on Iranian sanctions.

“The reason Bill Clinton and other Democratic leaders can share a stage with this man is because, with the exception of [CNN anchor] Jake Tapper, most of the media looks the other way,” tweeted former Bush White House spokesman Ari Fleischer.

The controversy came on the heels of another statement by Farrakhan in which he seemingly likened Jewish people to "termites" on Twitter. Although that remark was widely condemned, Twitter did not remove the tweet, which was posted a few weeks before an anti-Semitic gunman killed 11 people inside a synagogue in Pittsburgh on 27 October 2018.

Nation of Islam.   "Statement from the Honorable Minister Louis Farrakhan Regarding His Trip to Iran and Message to Iran and America."     Accessed 29 November 2018.