Michael Avenatti Was Arrested on Domestic Violence Charges, And Then Things Got Weird

A Twitter gadfly who was recently involved in an unsuccessful plot to frame Robert Mueller for sexual assault appeared to take credit for the arrest. 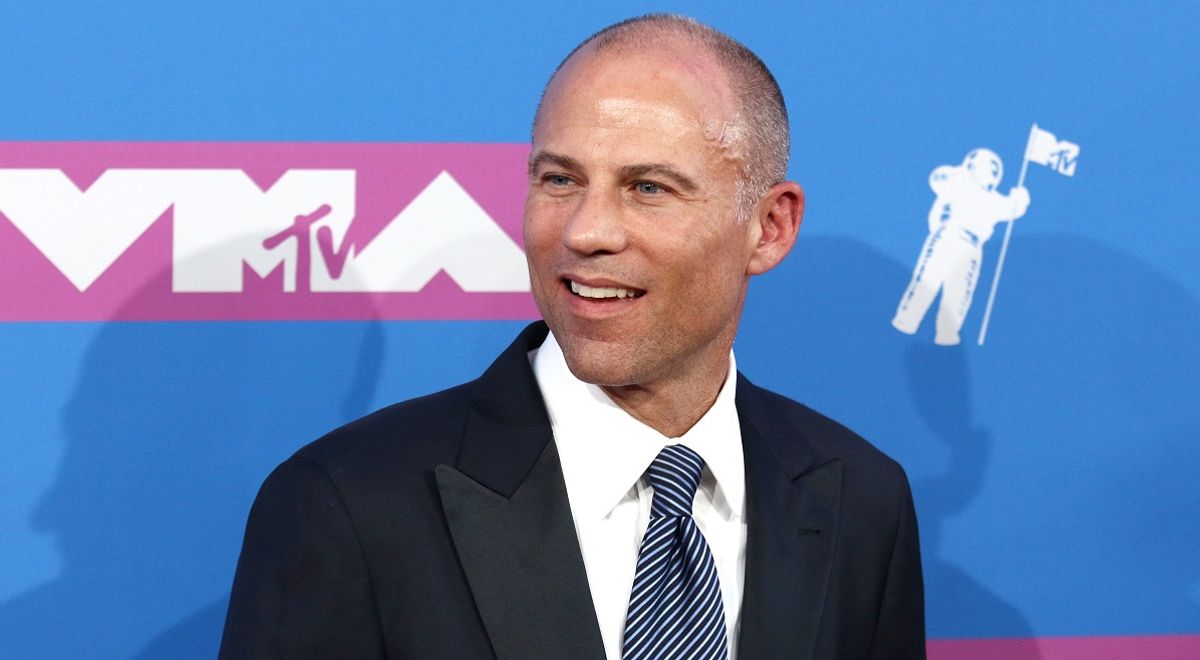 California attorney and Trump antagonist Michael Avenatti was arrested on 14 November 2018 in what police described as a felony domestic violence case.

But since the story broke, it's come to resemble an ugly political mudfight as much as a crime story. Avenatti claims he was set up by a political opponent — an opponent who appeared to openly take credit for his arrest. On 21 November 2018, the Los Angeles County District Attorney's Office declined to file felony charges, referring the case to the L.A. City Attorney for review.

Avenatti has made a name for himself representing high-profile clients, such adult film actress Stormy Daniels, in legal challenges against President Donald Trump. His arrest was originally reported by the celebrity gossip site TMZ, who claimed the victim was his estranged wife. The Los Angeles Police Department confirmed that detectives took Avenatti into custody just after 1 p.m. in Century City, a Westside neighborhood of Los Angeles. But the same day the story broke, both of Avenatti's ex-wives refuted claims that either of them was the victim, and both declared he was never abusive towards them.

TMZ later updated their story to report the victim was a "different woman," while Avenatti has categorically denied the accusation. The lawyer asserted that a television network even contacted him to ask if the victim was in fact a man.

We sent an email and placed a phone call to Avenatti's office seeking comment, both of which went unanswered. But in a brief statement to reporters upon his release from jail, Avenatti said: "I have never struck a woman, I never will strike a woman ... I am looking forward to a full investigation at which point I am confident that I will be fully exonerated."

We reached out to the LAPD for further comment but received no response. However, a department spokesman told the Associated Press that the victim has visible injuries."

The already-convoluted story took a weird turn when ardent Trump supporter and conspiracy theorist Jacob Wohl, known for committing securities fraud at age 19 and spinning yarns about eavesdropping on covert hordes of conservatives at hipster coffee shops in Los Angeles, inserted himself into the situation.

Wohl most recently gained notoriety when he held a spectacularly unsuccessful press conference in which he and fellow conspiracy theorist Jack Burkman accused U.S. Department of Justice Special Counsel Robert Mueller of having sexually assaulted a woman. To accomplish this caper, Wohl reportedly set up a company called Surefire Intelligence, which by many accounts was a front used to offer women money in exchange for making false sexual assault allegations against Mueller.

Mueller's office has referred the scheme to the FBI for investigation.

The day Avenatti was taken into custody, the Twitter account belonging to Surefire Intelligence tweeted what appeared to be a boast taking credit for the arrest:

The tweet prompted an angry reaction from Cenk Uygur, host of the progressive YouTube news channel The Young Turks, who said: "So, same guy who takes credit for the Avenatti arrest is known now as a person who pays women to lie about political opponents."

Calls to a phone number listed on Surefire's web site went unanswered. We sent an email to the address listed on the company's website asking for an explanation for the tweet and received a response from an unidentified representative stating that it was "sarcastic" in nature. When we followed up asking if the person responding to our question was Wohl, we received no reply.

The street address listed for Surefire on the company's website in fact belongs to a different and unrelated business.

After Avenatti was released from jail, he traded barbs with Wohl on Twitter, with Avenatti tweeting, "First Mueller and now me. When we are fully exonerated I am coming for you Jacob Wohl aka Surefire." Wohl responded by complaining that Avenatti was threatening him:

I take Michael Avenatti's threat very seriously. He has been reported to law enforcement.

I just filed a police report about Michael Avenatti's threat. Thank you to the brave men and women of law enforcement!

According to booking records, Avenatti is expected to make a court appearance on 5 December 2018. A representative from the Los Angeles County District Attorney's Office told us the case hasn't yet been handed over to prosecutors for review.

On 20 November 2018 a judge granted actress Mareli Miniutti a temporary restraining order against Avenatti. Minutti accused Avenatti of dragging and hitting her in the face during an argument. Avenatti maintains the accusations are false.

Updated to note that Los Angeles County prosecutors declined to file felony charges against Avenatti and referred the case to the L.A. City Attorney's office for review.