People who were born outside hospital setting say the government is demanding a burdensome amount of evidence. 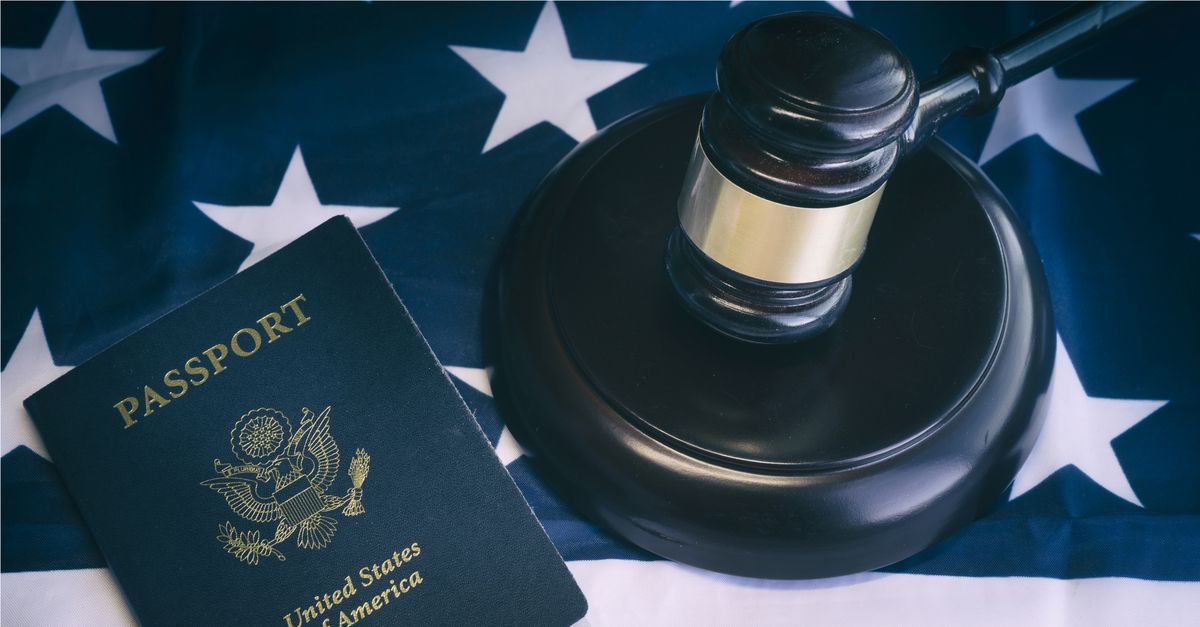 Debbie Weingarten's two young sons were born in Arizona, miles away from the Kansas farmhouse where Gwyneth Barbara was born in the 1970s. Despite the separation by geography and time, what all three of them have in common is that the U.S. government has questioned the legitimacy of their birth certificates because they were born at home.

In separate pieces published by KCTV and the New York Times, both women said after applying for passports for themselves or their children they received letters from the State Department saying “the evidence of U.S. citizenship or nationality you submitted is not acceptable for passport purposes,” and, “the document you submitted does not sufficiently support your date and place of birth in the United States since your birth was in a non-institutional setting.”

In an email, Weingarten told us that when she chose home birth for her children, who have their father's Spanish surname, she never anticipated it would raise questions about their citizenship status:

When I chose to birth at my home in Arizona, I did not for one second think that my children's citizenship could be in question. They were born here, to two U.S. citizens, and received a state-issued birth certificate without a problem. The State Department's denial of passports to those born at home—especially those with Latino last names—places unnecessary burdens and fear on families and women making personal reproductive decisions.

In both cases, Weingarten and Barbara recounted being asked for various items such as religious records, a family Bible, or documents showing parental rent agreements at the time of birth to support their claims. "It's like they're retroactively declaring that I was never a citizen," Barbara told KCTV's Emily Sinovic.

Their stories put new focus on an explosive 29 August 2018 report by the Washington Post that there are "a growing number of people whose official birth records show they were born in the United States but who are now being denied passports -- their citizenship suddenly thrown into question." Although the accuracy of that report has been challenged, immigration attorneys said they are seeing an upswing in the aggression with which the government is demanding additional proof that citizens who were born outside hospital settings were in fact born in the United States.

"The scrutiny is more intense and the standards under which they adjudicate applications do not comply with the law which requires you prove you were born in the United States," said Texas-based immigration attorney Lisa Brodyaga. "They act as though you have to prove it beyond a reasonable doubt."

Birth certificates are the chief piece of primary evidence passport applicants can offer to prove their citizenship and officially, there is no requirement that they be signed off by a hospital or institution.

The State Department insists there has been no change to the way in which birth certificates for those born at home are processed. In a statement, a State Department official told us that "regardless of whether the person was born in a home, hospital, or with the assistance of a doctor or midwife, the applicant must demonstrate through a preponderance of evidence that he or she was born in the United States," and if they fail to do so they will receive a letter asking for more information. Not all applicants who were born outside a medical facility will receive such letters, the official added.

As we reported in August 2018, Latino people born in Texas in the Rio Grande Valley who were delivered by midwives have had their citizenship thrown into question for years. Between the 1960s and 1990s, dozens of midwives were convicted on fraud charges for claiming that children who were born in Mexico were actually born in Texas. Although the number of babies for whom fraudulent U.S. birth certificates were issued was small, Brodyaga told us in August that the cases have been used by the U.S. government to cast suspicion on anyone whose birth was attended to by a midwife, which was a common practice in a region where many families couldn’t afford, or had no access to, hospitals.

In the course of prosecuting the midwives, the government compelled them to hand over their birth registries, and because the women often couldn’t recall which children were born in the U.S., everyone they attended to ended up on the list of suspect births, Brodyaga told us in August. “That’s why you see hundreds of people affected, not because that’s how many births [the midwives] falsified, but [because] that’s how many they were forced to claim to avoid going to prison.”

A State Department official told us that "domestic passport denials are at the lowest rate in six years for midwife cases," but Brodyaga said she doesn't trust that claim because "we’re seeing a lot more people who aren’t even applying [for passports] anymore because they are afraid if they apply there will be adverse consequences." The official also said that "there has been absolutely no change in how these cases are processed" since a 2009 settlement in a class action lawsuit over the midwife issue. But neither Weingarten's boys nor Barbara fit into that category.

Barbara told KCTV that she contacted the office of Sen. Jerry Moran (R-Kansas) after unsuccessfully attempting to resolve the issue on her own, and shortly afterwards she received her passport. Moran's office confirmed they helped Barbara secure her passport but aren't able to go into detail due to privacy rules.

Weingarten, Debbie.   "My Children Were Denied Passports Because They Were Delivered by a Midwife."     The New York Times.   3 September 2018.