"These types of actions are not reflective of the core values of the Coast Guard.” 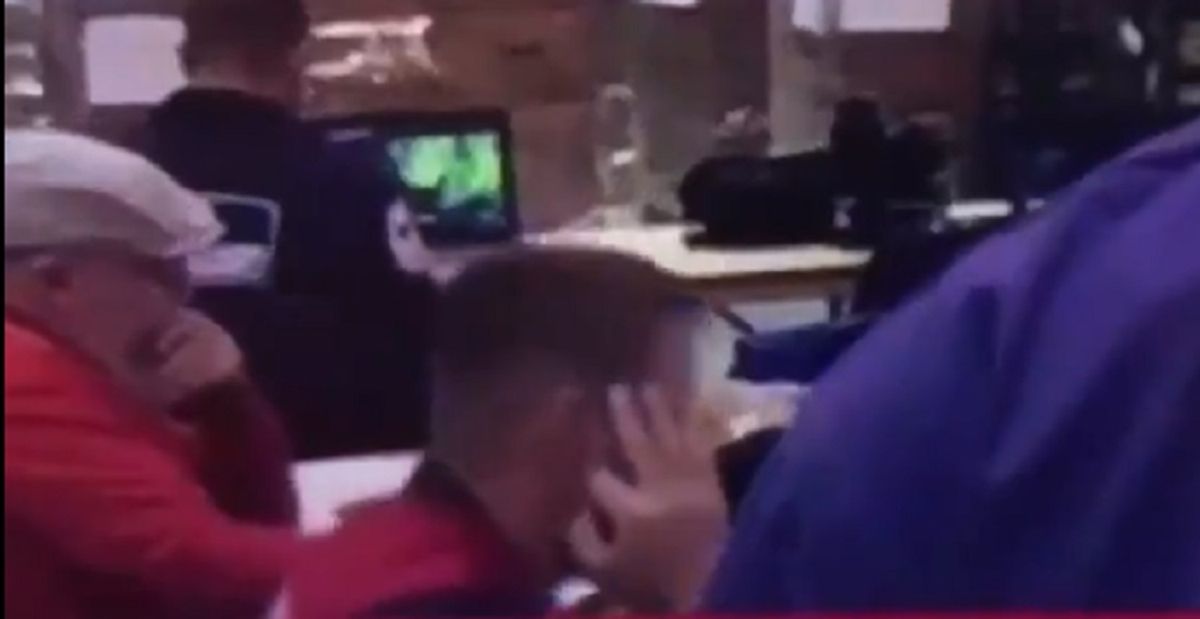 The U.S. Coast Guard says they have removed a member of their ranks from the branch's Hurricane Florence response team after he briefly flashed an “OK” hand gesture supposedly linked to white supremacism during a live TV interview.

The gesture was made by a seated person visible in the background over the right shoulder of Sector Charleston Commanding Officer Capt. John Reed, who was being interviewed on MSNBC's "Live with Ali Velshi" to update viewers on the Coast Guard's response to Hurricane Florence.

Well, that was about as subtle as a train wreck, on a boat.

Later in the day, the U.S. Coast Guard announced via Twitter that they had identified the unnamed background person and "removed him from the response [team]":

We are aware of the offensive video on twitter - the Coast Guard has identified the member and removed him from the response. His actions do not reflect those of the United States Coast Guard.

In a separate statement, the U.S. Coast Guard termed the incident a “frustrating distraction" for the branch during their hurricane response efforts:

"This is a frustrating distraction for the Coast Guard during our hurricane response. This person has been removed from the response pending an investigation. These types of actions are not reflective of the core values of the Coast Guard."