The page infamous for spreading "crisis actor" conspiracy theories has been offline for as yet unexplained reasons. 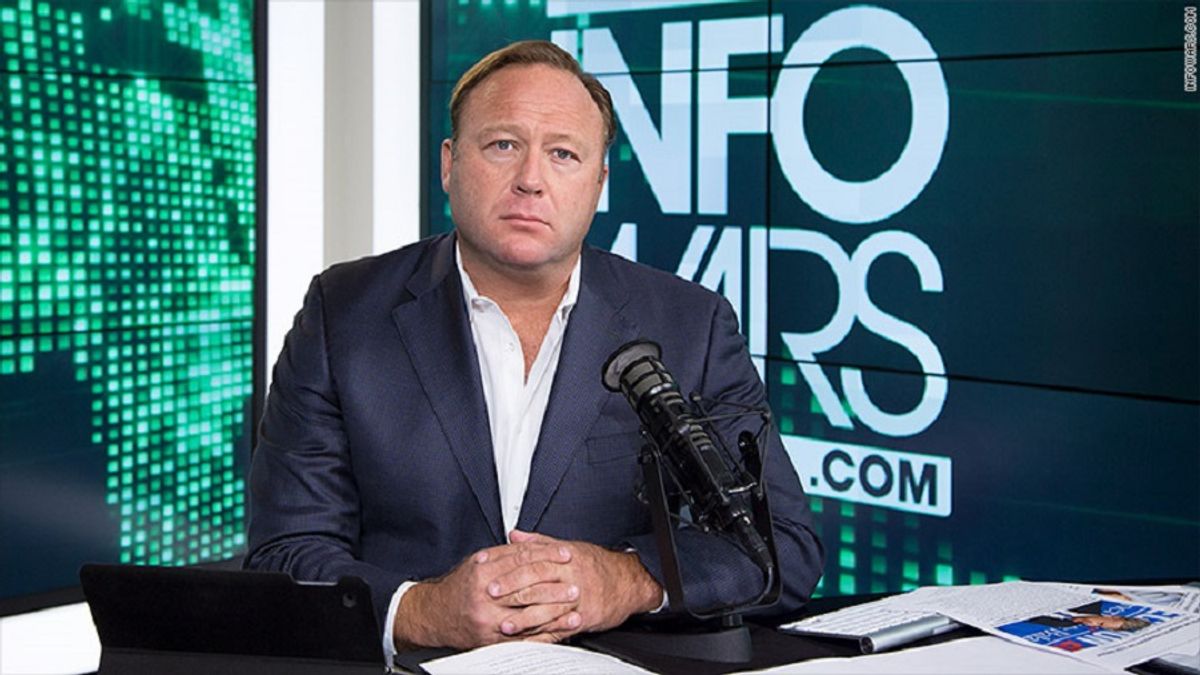 The web site associated with Alex Jones's conspiracy trolling network InfoWars went down on 14 August 2018 amid legal woes and a series of digital platforms banning its content.

The exact cause of the web site's outage remained unclear as of Monday morning, but it came after Jones and Infowars had been banned from multiple platforms including Facebook, YouTube and Spotify for hate speech violations. Jones' videos have also been removed from the video uploading service Vimeo. Meanwhile, parents of a boy who was killed in the 2012 Sandy Hook school shooting massacre are suing Jones and InfoWars for defamation over Jones' claiming that their child was a "crisis actor."

Both Jones and InfoWars have been able to maintain a presence on Twitter, where Jones has a verified profile.

The InfoWars.com site was off-and-online periodically throughout Monday, causing some users to initially question whether it had been taken down permanently. Jones tweeted and deleted "explanations" linking the outage to the "deep state," "Communist China" and the "democrats," at one point taking the opportunity to urge his nearly 900,000 Twitter followers to install the InfoWars app on their iOS and Android smart phones: Editor-at-large Paul Joseph Watson, who like Jones is an unreliable source of information, tweeted that the InfoWars site had been coming under cyber attack for several days:

https://t.co/DHRJw8KFgr is down again. We have been under cyber attack for over a week since Big Tech launched its purge.

Jones and InfoWars are currently being sued for defamation by the parents of a six-year-old Noah Pozner, who was one of the 26 Sandy Hook Elementary students and staff murdered during the 2012 massacre. Jones promoted a conspiracy theory to his millions of fans that the school shooting was in fact a hoax created by the government to facilitate taking away Americans' guns so that a secret cabal of all-powerful globalists could subvert U.S. sovereignty. Jones claimed the victims of that attack were "crisis actors" and that the entire tragedy was fabricated.

The Sandy Hook families have been stalked, threatened, harassed, and generally tormented as a result.

InfoWars.com was back up as of about noon Pacific time but bore a message for fans announcing it was "under attack!" and urging them to visit the network's other channels, which include the InfoWars Store and Twitter: