Some inevitably claimed the Friday morning attack was a "false flag," while others rushed to conclusions about the suspect's motivations. 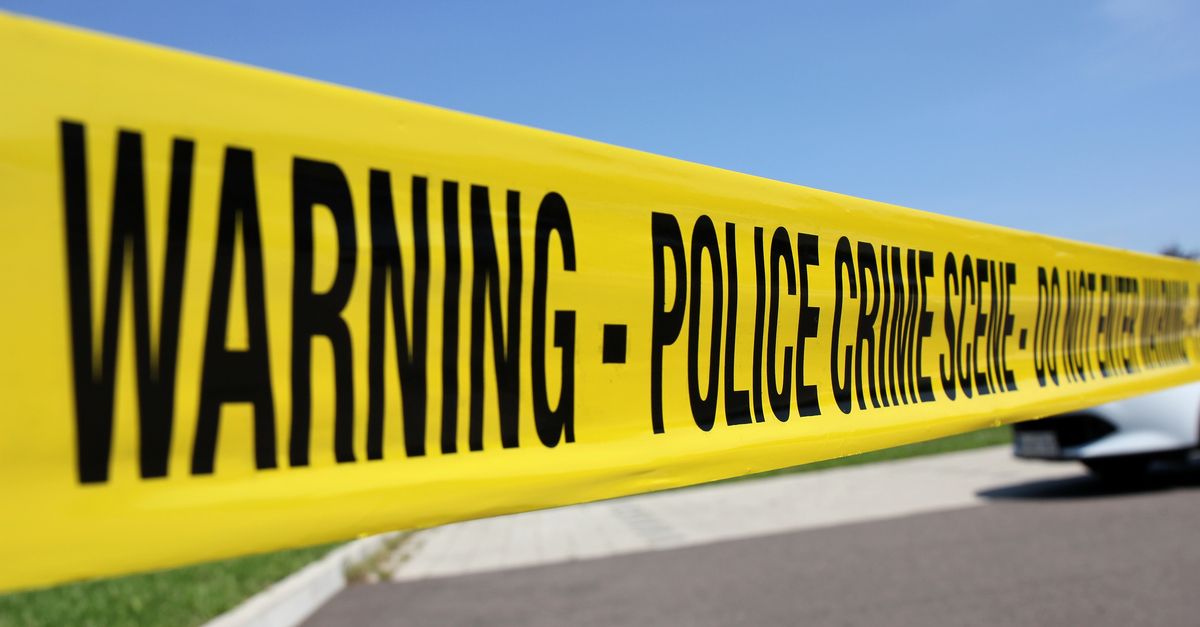 On 18 May 2018, ten people were killed and ten more wounded when a gunman opened fire at Santa Fe High School in southeast Texas. Just hours after the shooting occurred, conspiracy trolls took to social media to make baseless and outlandish claims, creating deep confusion — as usual — in the immediate aftermath of tragedy.

Online hoaxers and conspiracy trolls for the most part attempted to promote false narratives that the shooting was a "false flag" staged by the so-called "deep state" as pretext for seizing guns nationwide and facilitate a power grab led by a not-very-secret "global cabal."

Some social media users inevitably posted the hopelessly played-out "joke" that involves blaming "Sam Hyde" for the shooting. This name and images like the one here appear online after every mass casualty event:

Picture of the shooter has been released his name is allegedly Sam Hyde he can't keep getting away with this pic.twitter.com/O2CoH2TJ1Q

Others claimed that the shooting was predicted by an anonymous figure known as "QAnon" or just "Q," who posts random phrases on message boards like 4chan that social media gadflies then interpret as they see fit after every mass casualty or major news event:

"QAnon" is the main character in a far-right fantasy known as "the Storm," a narrative that was named after an unexplained, off-the-cuff comment made by President Donald Trump in October 2017, onto which fringe trolls like Infowar's Alex Jones immediately latched. It's believed to be a harbinger of a coming "coup," in which Trump would do away with the "deep state" (led, again, by that aforementioned global cabal trying to seize power and simultaneously run a pedophile ring out of a pizza shop in Washington, D.C.) Per RationalWiki:

A fictional personality (or to the faithful, an "anonymous patriot") central to "The Storm" theory, going by the name of "QAnon" ("Q" symbolizing a supposedly high level super secret government "Q Clearance"), began posting a series of messages on 4chan's /pol/ board in a thread called "CBTS" (Calm Before The Storm) on October 28, 2017.[3] In these, Q claimed Trump was being protected by the military because the CIA, FBI, and Secret Service are all corrupt. Q's postings take the form of cryptic questions, where each question is supposedly a hint, a clue, or a riddle containing some awesome revelation that would make treasure hunter Nicholas Cage smack his forehead and yell, "OF COURSE!" Yet the questions are usually the type of stuff found in grade-Z spy novels, and often contain their own obvious irony, such as this knee-slapper:

“”Has POTUS *ever* made a statement that has not become proven as true/fact? —"Q Clearance Patriot"

Q's postings are known among aficionados as "crumbs" because they're thought to be tidbits of information forming a trail that leads to... well, with bit of imagination, you can make these random words and phrases lead anywhere. And they're vague enough that they could apply to pretty much anything.

Other fringe personalities like Laura Loomer, a self-deputized "investigative journalist" whose main modus operandi is turning up locally after tragedies and harassing victims and law enforcement, took to Twitter to hint (without providing any evidence) that the Texas shooting was too big a "coincidence" to have been anything but staged:

The doctor speaking to media outside the hospital in Santa Fe, TX where victims of a school shooting were taken today said they just had a “mass casualty drill” at the hospital around the same time of the school drill.

I’m sorry, but I can’t help but notice these “coincidences”. https://t.co/OdGX7ewFuX

However, the doctor actually said that they have drills "quarterly" in order to be ready for events such as these:, meaning by definition there is one every several weeks:

Students at the Santa Fe high school that just got shot up had an “active shooter drill” a couple weeks ago, according to Sky News.

Seems like these shootings always happen right after these “active shooter drills” take place. Kind of reminds me of Parkland...

Again, these claims had little to do with the stark reality, which is that school shootings have now become so commonplace that regular "active shooter drills" are increasingly the norm throughout the United States:

Rabon pointed to four specific actions — barricading the door, turning off the lights, grabbing a desk, and crouching down into a corner with his classmates — which may well have saved a number of lives. And this sort of crucial knowledge, based on active shooter drills, may be something we see more and more of in the future, as mass shootings like the tragedy today and the February massacre in Parkland, Florida spur schools to take such precautions.

Fellow student Paige Curry described the lifesaving advice she and other students got from a teacher when they heard screaming and gunshots. They were in the school's theater at the time, and the teacher told them to hide backstage rather than make a run for it. She and her fellow students then remained there for half an hour, until they were found by first responders and escorted outside.

Meanwhile, on Facebook, fake accounts with the name of the shooting suspect popped up like mushrooms after a rain, and were just as quickly deleted before popping up again and again: Like clockwork, Jim Hoft, who operates the far-right fake news site TheGatewayPundit.com, glommed on to the fake Facebook page that best fit his audience's desires and posted images from the account, claiming the Santa Fe shooter wore an "ANTIFA terrorist hammer-and-sickle emblem."

Hoft, along with various other sites that spread such false information, are being sued for defamation after labeling an innocent person as the driver of a vehicle that smashed into a crowd and killed a counterprotester at a white supremacist rally in Charlottesville, Virginia in August 2017.

According to Hamilton68, a live tool operated by the Alliance for Securing Democracy, a bipartisan, transatlantic initiative housed at The German Marshall Fund of the United States, that tracks Russian bots and paid trolls on Twitter, the Santa Fe High School shooting was a top trending topic as of afternoon/evening on 18 May 2018: