Were Two New Jersey High School Students Suspended for Going to a Gun Range After School?

Reports that two seniors were suspended over a social media post caused a wave of controversy. 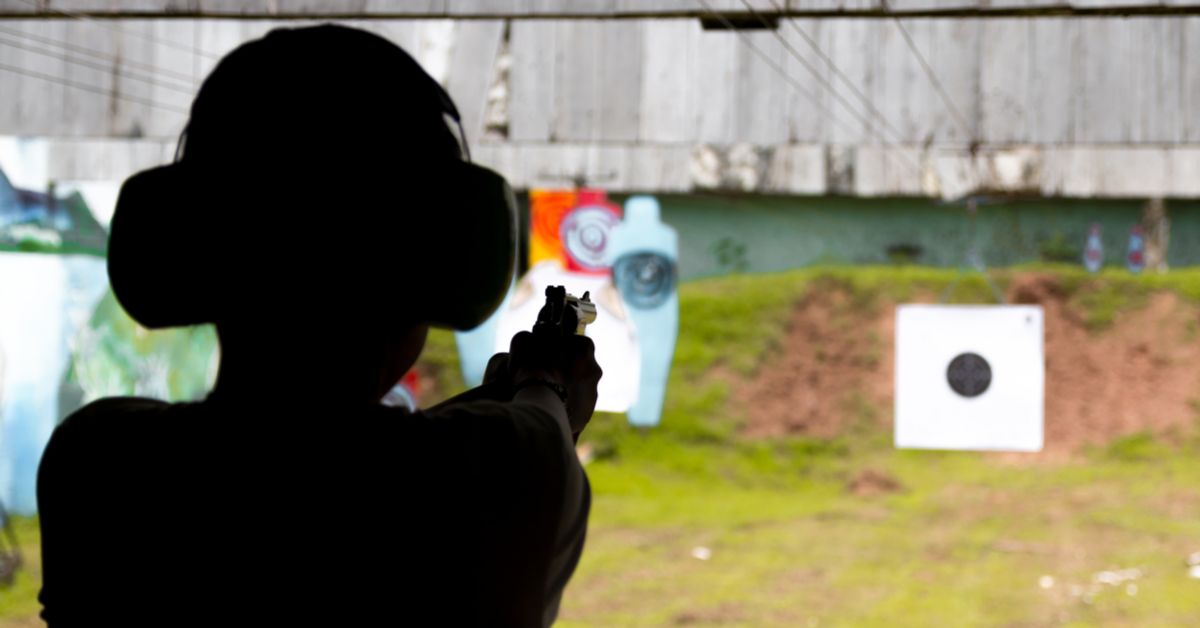 On 20 March 2018, the right-leaning clickbait site AmericanMilitaryNews.com reported that two New Jersey students had been suspended from school for posting pictures to social media platform Snapchat of weapons they used during a Sunday trip to a gun range:

Attorney Daniel Schmutter with the Association of New Jersey Rifle and Pistol Clubs said a lawsuit might be pending since the pictures were non-threatening and not alarming in any way. The two students were simply at a gun range after school hours.

Schmutter indicated in a letter to Lacey Township School District that suspending the two students for posting photos off school grounds and unrelated to school activities was a “very serious violation” of the their rights, according to Patch.com.

According to local news reports from which the viral stories are aggregated, two boys were suspended after posting images on the social platform Snapchat that contained a photograph of four firearms, ammunition and a duffel bag in the weeks following the school shooting in Parkland, Florida in which seventeen people were murdered. The boys and their parents have declined to be interviewed by the news media and we were unable to reach them.

Family friend Amanda Buron told us that her daughter is a former fellow Lacey Township High School student and friends with one of the boys. Buron said the two seniors visited a private gun range on a Sunday and posted a photograph of four firearms on a picnic table, along with magazine clips and a duffel bag. They also posted a message that said "fun day at the range." The following Monday, she said, they were called into the school administration office and given five days of in-school suspension and Saturday detention.

After the district was threatened with legal action by a gun advocacy group, she said, their suspension was vacated and their school disciplinary records cleared:

A lot of heat started coming [the school district's] way. They then said the boys weren’t disciplined because of [the district's gun] policy but because they caused a substantial disruption in school. These are kids who never got into trouble, and this was something that both parents allowed them to do.

Lacey Township School District Superintendent Craig Wigley declined to comment on the incident, citing student privacy rules. Instead he referred us to news reports quoting a letter he sent to parents, describing articles about the incident as inaccurate. No student, the letter said, has been suspended for violating a policy against unlawful firearm use:

It is important to note ... that we have not had to invoke Policy 5611 for the unlawful use of a firearm by a Lacey student," he said in an email to parents. "The recent rumors and social media posts are not related to Policy 5611 as no student has been disciplined for violating Policy 5611

According to local news reports, the incident caused an uproar resulting in protests and heated school board hearings that drew the attention of area gun rights activists. It also caught the attention of right-wing web sites who played up the most outrage-generating aspects of the story. "BREAKING News Out Of New Jersey….This Is INSANITY!" reported RightWingTribune.com. "Going to the Gun Range With Family Got These Students Suspended From School," reported Townhall.com. The Association of New Jersey Rifle and Pistol Clubs threatened to sue the district but backed off when the district changed the wording of a policy that critics said was overly-broad.

We have been unable thus far to independently confirm whether the circumstances surrounding the incident took place as reported.

As local news reports noted, the controversy sprang up just weeks after a 14 February 2018 mass shooting at Marjory Stoneman Douglas High School in Parkland, Florida. But Buron told us it was wrong to compare Parkland to events in Lacey:

You can’t compare Parkland to Lacey, New Jersey. They had all the signs, they were warned time and time again, there were multiple warnings that something bad was going to happen there but no one did anything about it. It’s one thing if someone has a concern, and an investigation was done. But the Boy Scouts of America has a rifling badge, and there are a lot of kids that shoot competitively and get scholarships for it. So if someone calls a school and is concerned is that student going to get an in-school suspension? It’s our Second Amendment right and you can’t take that away from us just because there are people in this world who are mentally unstable. You can’t punish everybody.

Buron has launched a recall effort against Lacey Township school board member Linda Downing in response to the incident. In April 2019, the students, represented by the New Jersey chapter of the American Civil Liberties Union, filed a lawsuit against the school district on accusations it violated their First Amendment rights.