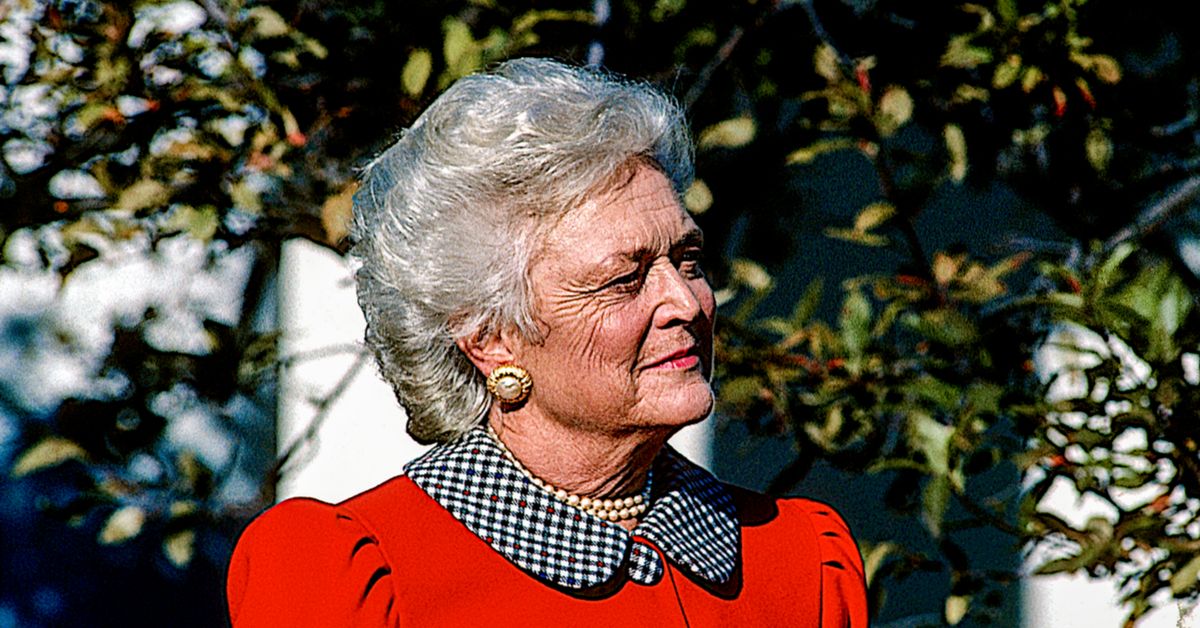 Barbara Bush, who served as both First Lady and Second Lady of the United States and whose children included a former U.S. president and a governor, died at her Houston, Texas home on 17 April 2018, according to a family spokesperson. She was 92.

Previously Jim McGrath had said in a statement that she opted to "focus on comfort care" after a series of health issues.

"It will not surprise those who know her that Barbara Bush has been a rock in the face of her failing health, worrying not for herself — thanks to her abiding faith — but for others," the statement said. "She is surrounded by a family she adores, and appreciates the many kind messages and especially the prayers she is receiving."

Born Barbara Pierce in Manhattan, New York in June 1925, she married future president George Herbert Walker Bush in January 1945 while he was on leave from the Navy during World War II. The couple had six children; their oldest child, George W. Bush, would go on to serve as president from 2000-2008. Their third child, John "Jeb" Bush, went on to serve as governor of Florida from 1999 to 2007 and mounted his own unsuccessful campaign for the presidency in 2016.

During her husband's tenures as vice president and president, Barbara Bush took an interest in promoting literacy-advancement programs. In 1989 she founded the Barbara Bush Foundation for Family Literacy, a non-profit group with the goal of helping both children and parents achieve higher literacy levels. She also chaired the foundation until 2012. According to the group's web site, it has sponsored more than 1,500 family literacy programs in 25 states.