Sessions: Sheriffs Are a 'Critical Part of the Anglo-American Heritage of Law Enforcement'

His comments were reportedly a reference to the legal tradition of common law that the American sheriff's system shares with England. 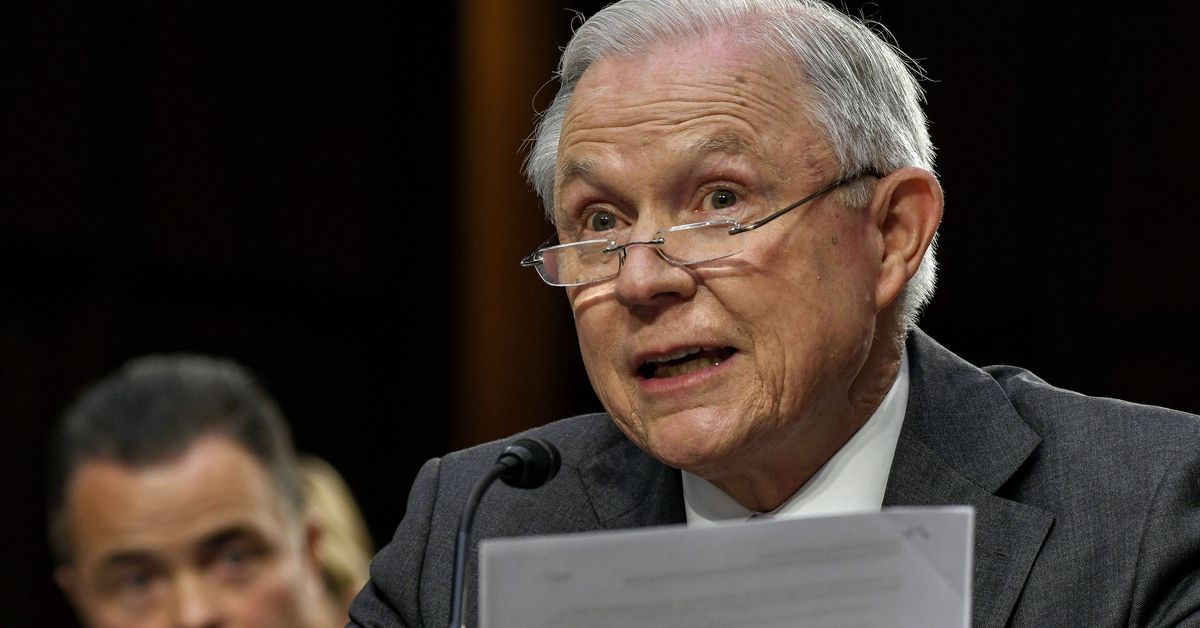 On 12 February 2018, Attorney General Jeff Sessions delivered a speech to the National Sheriff's Association at their winter meeting, praising state and local law enforcement while advocating for reduced federal interference in their work. In remarks that diverged from the speech as presented on the Justice Department website, Sessions closed by invoking the "Anglo-American heritage of law enforcement":

I want to close by reiterating my deep appreciation and profound thanks to the men and women of law enforcement [...] and I want to thank every sheriff in America. Since our founding, the independently elected Sheriff has been the people’s protector, who keeps law enforcement close to and accountable to people through the elected process.

The office of Sheriff is a critical part of the Anglo-American heritage of law enforcement, we must never erode this historic office, I know this, you know this, we want to be partners, we don’t want to be bosses, we want to strengthen you and make you be more effective in your work.

The prepared remarks from which Sessions strayed included an omitted reference to tribal law enforcement, and they did not mention the purported Anglo-American heritage of the Sheriff's office:

I want to close by reiterating my deep appreciation and profound thanks to all the women and men of law enforcement — federal, state, local, and tribal. I want to thank every sheriff in America.

Since our founding, the independently elected Sheriff has been seen as the people’s protector, who keeps law enforcement close to and amenable to the people. The Sheriff is a critical part of our legal heritage.

Critics have suggested that Session’s use of “Anglo-American” implies that law enforcement is inherently the purview of individuals of white European Christian descent — a perception helped along by the speech's primary focus on the merits of removing so-called "illegal immigrants" to curb violent crime.

Pushing back against this narrative, Ian Prior, a spokesperson for the Department of Justice, said in a statement that the reference was actually to what is known as "common law," the shared legal heritage between England and the United States:

As most law students learn in the first week of their first year, Anglo-American law — also known as the common law — is a shared legal heritage between England and America. The sheriff is unique to that shared legal heritage. Before reporters sloppily imply nefarious meaning behind the term, we would suggest that they read any number of the Supreme Court opinions that use the term. Or they could simply put 'Anglo-American law' into Google.

Indeed, "Anglo-American law" is another term for common law, and common law does provide much of the basis of the sheriff system of the United States, says a 2014 Washington Post explainer on the topic:

By the time that the American Colonies were being settled, the Office of Sheriff was declining in England, but the move across the Atlantic brought new energy and importance to the Office. The Americans restored what they considered to be the ancient Anglo-Saxon practice of popular election of Sheriffs.

The Americans also strongly reaffirmed the traditional common law understanding of the Sheriff’s powers and authorities, especially the Sheriff’s autonomy and independence. During the latter 19th century, elections and other common law principles were often formally constitutionalized in the new states. Legally speaking, the Office of Sheriff in most states has changed little since the 19th century.

Others have noted that former Principal Deputy Assistant Attorney General Bill Baer, an Obama administration official, used the term in a speech about court and legal reforms in China, though this reference also included the more familiar “common law” terminology as well:

Justice Kennedy of the U.S. Supreme Court spoke on this subject to the Hong Kong High Court in February 1999. There, he described 1000 years of evolution of rule of law and of the Anglo-American common law system.

While we are unable to ascertain Sessions's motives for the change he made to his prepared speech (there were many other places he diverged, as well), we can say that it is factual that Sessions made the statement that "the office of Sheriff is a critical part of the Anglo-American heritage of law enforcement" and that "Anglo-American" is a way to reference to the common law legal heritage the United States sheriff's system shares with Europe.