The long-awaited memo compiled by Republican congressman Devin Nunes failed to live up to the hype. 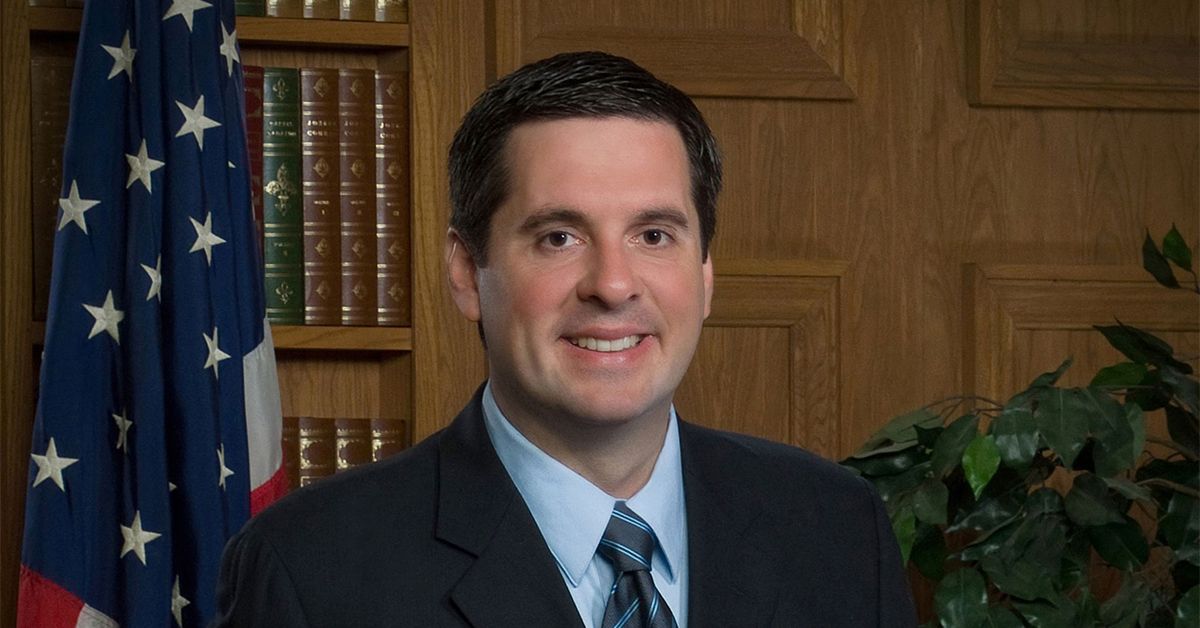 On 2 February 2018, United States lawmakers made good on a promise to release a controversial memo compiled by Rep. Devin Nunes, the California Republican who chairs the House Intelligence Committee. For weeks, Republican lawmakers, right wing web sites and conspiracy cranks had hyped that the document would prove that an ongoing Federal Bureau of Investigation-led probe into allegations of collusion against associates of U.S. President Donald Trump was driven by political bias.

The campaign to release the then-classified memo touted that the document would show the Russia investigation, now led by Special Counsel Robert Mueller, is tainted because it wholly relied on a dossier penned by a former British spy, paid for by Democratic opposition research in the lead-up to the 2016 election. This was not the case.

The memo itself undermines that claim by pointing out that the FBI had not relied solely on a controversial dossier written by former MI6 agent Christopher Steele to secure a Foreign Intelligence Surveillance Act warrant against Trump campaign adviser Carter Page. It also points out that the investigation was initially launched before the FBI had the dossier in their possession, as a result of information gathered from another Trump campaign adviser, George Papadopoulos, in July 2016:

The Papadopoulos information triggered the opening of an FBI counterintelligence investigation in late July 2016 by FBI agent Pete Strzok. Strzok was reassigned by the Special Counsel’s Office to FBI Human Resources for improper text messages with his mistress, FBI Attorney Lisa Page (no known relation to Carter Page), where they both demonstrated a clear bias against Trump and in favor of Clinton, whom Strzok had also investigated. The Strzok/Lisa Page texts also reflect extensive discussions about the investigation, orchestrating leaks to the media, and include a meeting with Deputy Director McCabe to discuss an “insurance” policy against President Trump’s election.

Strzok's text messaging with Lisa Page has been the subject of relentless conspiracy theories meant to paint the FBI as harboring a political bias against Trump, so much so that in January 2018 an inside joke between the two led to days of speculation about a nonexistent anti-Trump "secret society" amid FBI ranks. As Bloomberg pointed out:

Some anti-Trump texts exchanged between Strzok and Lisa Page have been publicly released, and their roles are part of the inspector general’s investigation. But the agents also criticized Clinton in their texts, and it’s unclear whether their work was swayed by their personal views. Mueller removed Strzok from the Russia inquiry after the texts were discovered, and Page had already left his team. Ironically, by referring to the inquiry into Papadopoulos the Republican memo confirms that the Russia investigation was already under way before Steele’s dossier made its way to the FBI.

The FBI is traditionally a Republican-friendly institution, and former director James Comey’s handling of the Clinton probe is widely believed to have helped Trump win the White House. When it comes to Mueller, Republican leaders on both sides of Capitol Hill have said repeatedly they have confidence in the special counsel and want the investigation to continue.

The memo also notes that the warrant against Page was renewed three times — as CNN's Jim Sciutto pointed out, that means the FBI would have had to go before a FISA court judge in each instance and demonstrate the warrant continued to be merited:

NB: Warrant on Carter Page was renewed THREE times after initial issuance, for which the @FBI would have had to show to judge it was getting valuable intelligence Page was acting as agent of foreign Govt.

Aside from document contents that undermined its apparent intent, journalists combed through the memo and immediately found errors and omissions. One obvious slip-up found by Mother Jones's Washington D.C. bureau chief David Corn was that the date on one of their stories cited in the memo was wrong:

Hey, Nunes and Co., it was October 31. Sloppy? pic.twitter.com/tWjeKftMF0

Reuters reporter Jonathan Landay also pointed out the memo fails to mention that Page took a trip to Moscow in early July 2016 that got the attention of the FBI. Among the activities of Page's visit was a speech criticizing U.S. foreign policy toward Russia — a speech that was friendly toward Russian President Vladimir Putin's views on the subject.

Further casting doubt on the reliability of the document, both The Daily Beast and the Wall Street Journal reported that although the memo claims that former FBI Deputy Director Andrew McCabe testified before the House Intelligence Committee in December 2017 that the dossier was crucial to the FISA warrant application, officials told reporters for both publications this information was false and that McCabe (who stepped down from his FBI post days before the memo was made public) had testified he didn't know how reliant the warrant application was on the dossier.

The release of the memo had been preceded by an intense conspiracy theory-laden social media campaign that utilized the hashtag #ReleaseTheMemo. Perhaps ironically, the campaign had been heavily promoted by Russian social media bots, per Hamilton68, a live dashboard that tracks Russian bot activity:

Andrew Weisburd, non-resident fellow at the Alliance for Securing Democracy (a bipartisan, transatlantic initiative housed at The German Marshall Fund of the United States) and one of the researchers behind the Hamilton68 tool told us:

The Kremlin-oriented trolls and bots are following the lead of Nunes and the Trumpniks, but clearly the Kremlin has as much interest in ending Mueller's investigation as the GOP and the White House. Kremlin also has an undeniable interest in undermining the FBI as the lead counterintelligence force of the United States. On the other side, Nunes, the White House, and the House GOP seem incapable of feeling anything like shame for being on the same side as Putin and Company.

Nunes, either spurred or undeterred by the reception of the memo, is hinting that more will come.

Kessler, Glenn. "What You Need to Know About Christopher Steele, the FBI and the Trump ‘Dossier.'"   The Washington Post. 9 January 2018.