A suicide bomber driving an ambulance coasted through a security checkpoint in Afghanistan's capital by telling police he was taking a patient to a nearby hospital. 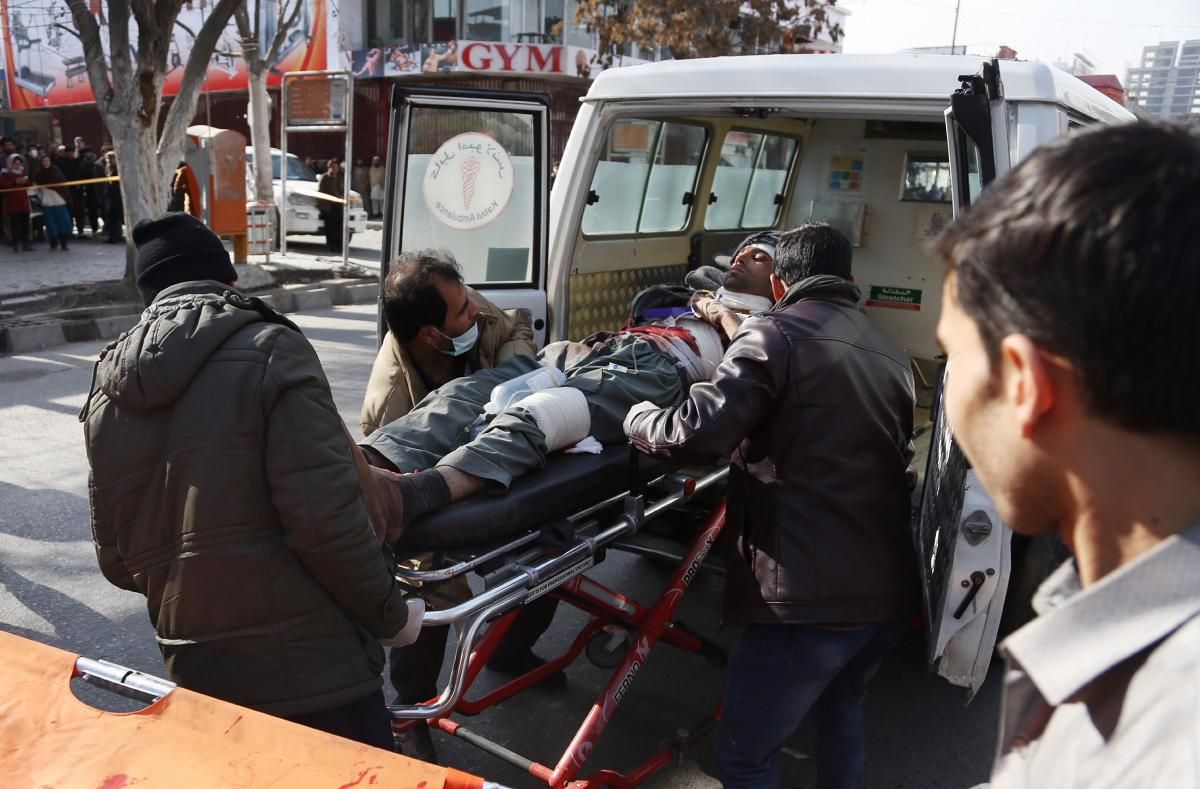 KABUL, Afghanistan (AP) — A suicide bomber driving an ambulance coasted through a security checkpoint in Afghanistan's capital on Saturday by telling police he was taking a patient to a nearby hospital and then detonated his explosives at a second checkpoint, killing at least 95 people and wounding 158 more in an attack claimed by the Taliban, authorities said.

The powerful explosion, which came a week after Taliban militants killed 22 people at an international hotel in the capital, Kabul, was felt throughout the city and covered the blast area in smoke and dust. Dozens of vehicles were damaged or destroyed, and several shops, including some selling antiques and photography equipment, were decimated.

Windows at the nearby Jamhuriat government hospital were shattered, and its walls were damaged. People ran out to help, and ambulances arrived to transport dozens of wounded people to hospitals.

The Interior Ministry said four suspects in the deadly bombing, which occurred near the European Union and Indian consulates, had been arrested and were being questioned, but it didn't elaborate.

"The majority of the dead in the attack are civilians, but of course we have military casualties as well," ministry spokesman Nasrat Rahimi said.

A Taliban spokesman, Zabihullah Mujahid, claimed responsibility for the bombing, which sent thick, black smoke into the sky from a site near the government's former Interior Ministry building.

It has been a month of relentless attacks across Afghanistan, with the Taliban and an Islamic State group affiliate making alternate claims of responsibility. The brutality and frequency of the attacks, including one in December at a Shiite cultural center, has shattered Afghanistan's usually quiet winter, when fighting normally slows down.

And the International Committee of the Red Cross seethed that the ambulance attack was "unacceptable and unjustifiable," saying in a tweet: "The use of an ambulance in today's attack in #Kabul is harrowing."

It was the second Taliban attack in a week on high-security targets in the city.

Last weekend, six Taliban militants attacked Kabul's Intercontinental Hotel, leaving 22 people, including 14 foreigners, dead. About 150 guests fled the gun battle and fire sparked by the assault by climbing down bedsheets tied to balconies. The U.S. Department of State said American citizens were killed and injured in that attack.

The hotel attack prompted the United States to repeat its demand that Pakistan expel Taliban members who have found sanctuary on its soil, with particular reference to the Haqqani network. On Wednesday a U.S. drone slammed into Pakistani tribal territory that borders Afghanistan, killing two Haqqani commanders, said Pakistani officials, who deny providing organized camps for their safety. Pakistan says the Taliban cross the porous border that separates the countries along with the estimated 1.5 million Afghan refugees still living in Pakistan.

The recent attacks have infuriated Afghans, frustrated by the worsening security after 16 years of war. The Afghans have expressed their anger with neighbor Pakistan for harboring insurgents and with the U.S.-led coalition for its inability to suppress the insurgency. They also have blamed the deteriorating security situation on a deeply divided government embroiled in political feuding that has paralyzed Parliament.

After Saturday's attacks Pakistan issued a statement that condemned the bombing, saying, "No cause or ends justify acts of terrorism against innocent people."

Afghan security forces, whose competency has been uneven, have struggled to fight the Taliban since the U.S. and NATO formally ended their combat mission in 2014.

U.S. President Donald Trump has pursued a plan that involves sending thousands more troops to Afghanistan and envisions shifting away from a time-based approach to one that more explicitly links U.S. assistance to concrete results from the Afghan government. The Republican president's U.N. envoy, Nikki Haley, said after a recent visit to Afghanistan that his policy was working and that peace talks between the government and the Taliban are closer than ever before.