Price had come under criticism after his use of charter flights at public expense. 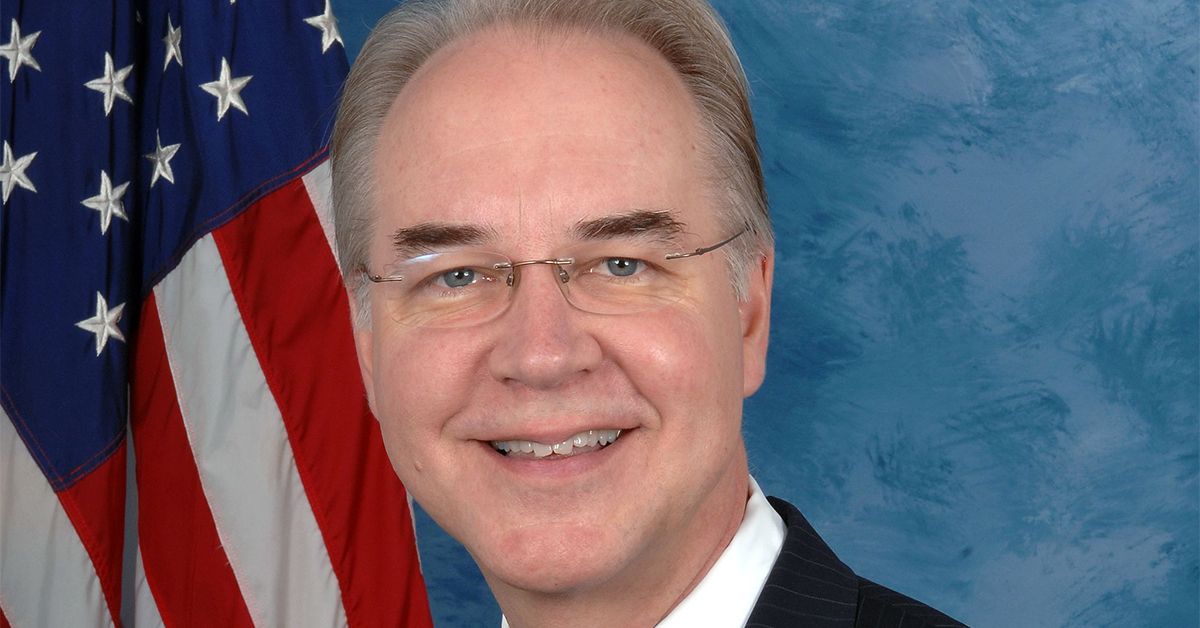 Secretary of Health and Human Services Tom Price has resigned effective 29 September 2017, according to a statement released by the White House:

Secretary of Health and Human Services Thomas Price offered his resignation earlier today and the President accepted. The President intends to designate Don J. Wright of Virginia to serve as Acting Secretary, effective at 11:59 p.m. on September 29, 2017. Mr. Wright currently serves as the Deputy Assistant Secretary for Health and Director of the Office of Disease Prevention and Health Promotion.

Price had come under criticism for reportedly using public funding to take charter flights on at least 24 occasions:

Health and Human Services Secretary Tom Price has taken at least 24 flights on private charter planes at taxpayers’ expense since early May, according to people with knowledge of his travel plans and a review of HHS documents.

The frequency of the trips underscores how private travel has become the norm — rather than the exception — for the Georgia Republican during his tenure atop the federal health agency, which began in February. The cost of the trips identified by POLITICO exceeds $300,000, according to a review of federal contracts and similar trip itineraries.

"I regret that the recent events have created a distraction," wrote Price in his resignation letter.

The White House. "Statement from the Press Secretary." 29 September 2017.