Hefner, who was 91, died at his home of natural causes. 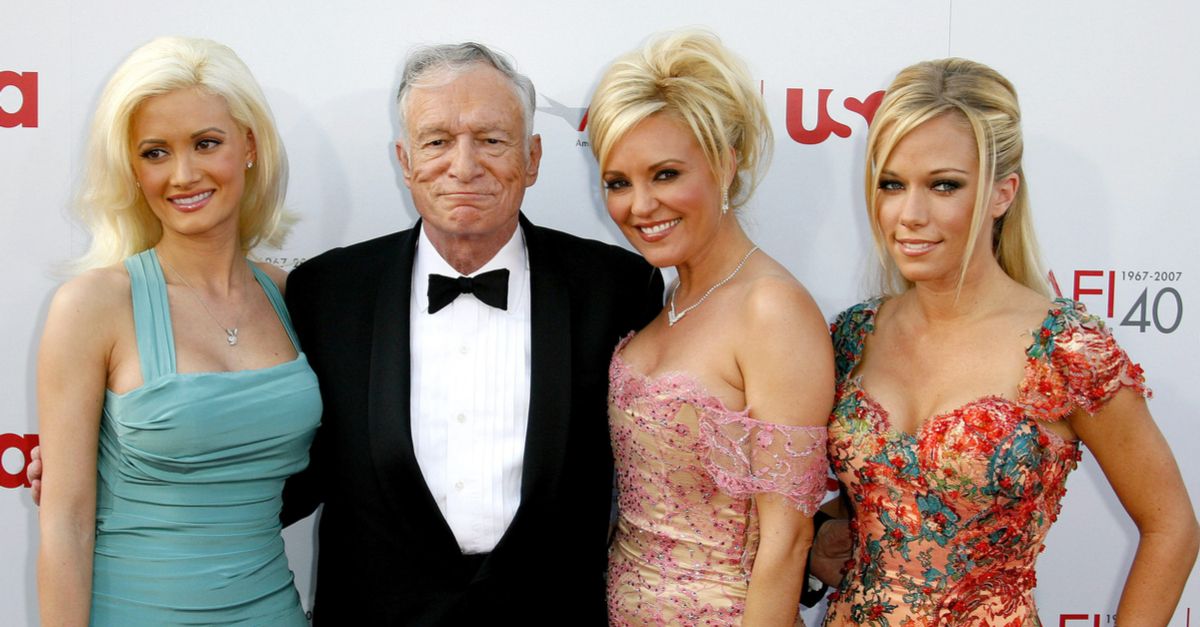 Hugh Hefner, who became a cultural icon after creating and helming adult magazine Playboy, has died at his home, the Playboy Mansion, of natural causes. He was 91.

Hefner worked as a copy writer for Esquire magazine before mortgaging his furniture and raising money from investors (including his own mother) to create Playboy.

"Both lauded and criticized by feminists of the era, the media icon convinced Hollywood starlets to reveal more of themselves on his pages than perhaps anywhere else," drily noted the Hollywood Reporter. "The interviews were great, too."

The first issue ran in December 1953, and featured a young Marilyn Monroe: The magazine was an instant hit, and Hefner quickly expanded on his first issue to include music and film reviews, short fiction, and feature articles — everything geared toward Hefner's idea of a cosmopolitan young man.

My father lived an exceptional and impactful life as a media and cultural pioneer and a leading voice behind some of the most significant social and cultural movements of our time in advocating free speech, civil rights and sexual freedom...

He defined a lifestyle and ethos that lie at the heart of the Playboy brand, one of the most recognizable and enduring in history.

Hefner was not without his critics throughout his career, however; perhaps the best-known example of that is when Gloria Steinem wrote a searing article about going undercover as a "Playboy Bunny" at one of Hefner's clubs. Conservative Christians, too, denounced him, with Christianity Today blaming Playboy in 2003 for creating an environment in the United States in which the "complete cultural victory of pornography" had taken hold:

Ultimately, Hugh Hefner is an old joke: a solitary master baiter. Armed with two-thirds of the truth and a well-lubricated marketing machine, he has played a large role in manipulating society into accepting his adolescent fantasy of false desire and technological gratification—a legacy that amounts to our generation's toxic dump.

Publishing a sophisticated men's magazine seemed to me the best possible way of fulfilling a dream I’d been nurturing ever since I was a teenager: to get laid a lot.

There is no indication that he ever failed in his mission.