Attorneys for the cable news station said that Rod Wheeler's lawsuit doesn't show he was defamed, and that it should be handled in arbitration. 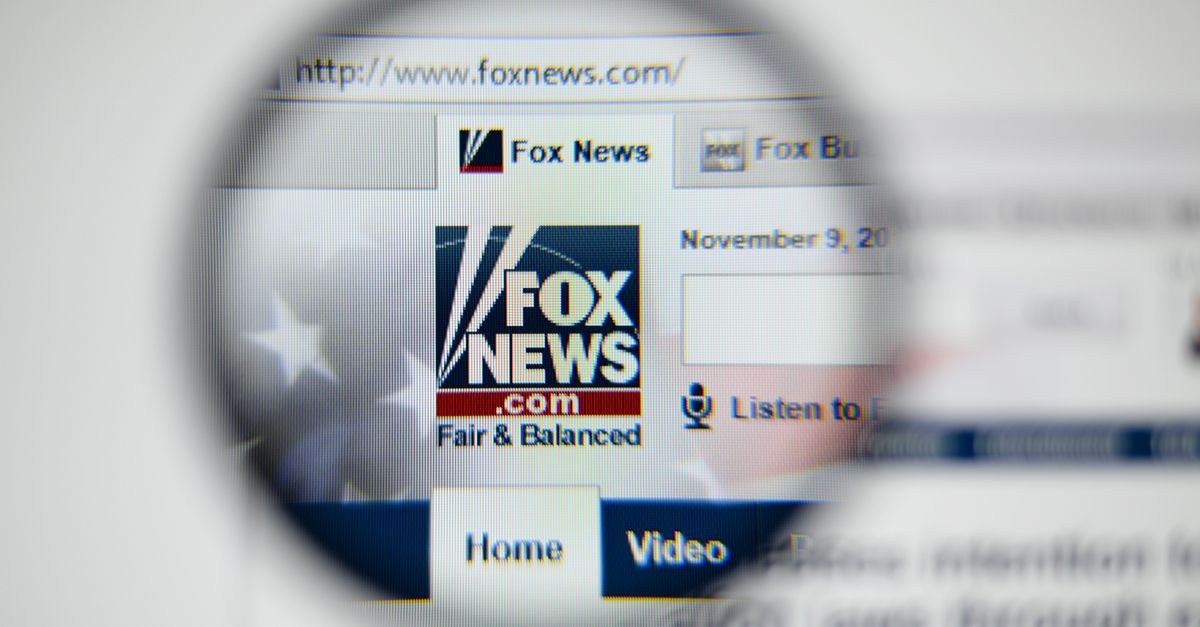 Cable giant Fox News is asking a federal judge to toss out an August 2017 lawsuit brought against it by contributor Rod Wheeler, the central figure in a now-retracted report that murdered Democratic National Committee staffer Seth Rich — not Russian hackers — had breached the DNC e-mail system and leaked internal messages to document-dumping site WikiLeaks in the lead-up to the 2016 presidential election.

The motion, which was filed on 18 September 2017, says that Wheeler's federal lawsuit falls short of making the case for his claims of both defamation and discrimination, and states that he is contractually obligated to handle such a dispute via arbitration, not litigation.

In his lawsuit, Wheeler claimed that Fox News reporter Malia Zimmerman fabricated quotes attributed to him in her 16 May 2017 story, and that Zimmerman and Ed Butowsky (another Fox contributor and wealthy ally of President Donald Trump) had conspired with the Trump administration in order to push out the story to distract the American public from the ongoing Russia collusion scandal. (The story was pulled from Fox's web site a week after it published.)

Fox attorneys argue that Wheeler wasn't defamed, because he himself made comments essentially mirroring the ones he says Zimmerman fabricated in separate interviews with Fox affiliate WTTG and on a Fox News show hosted by Sean Hannity. Court records state:

Wheeler alleges that he was defamed by being misquoted in a Fox News online report. In truth, he was neither misquoted nor defamed. He made substantially the same statements on the air in several on-camera interviews, before and after the Fox News report, and even stated publicly that the article he now challenges as false "was essentially correct and worthy of further investigation."

The court battle stems from a tragedy — Rich, 27, was shot to death on 10 July 2016 near his home in the Bloomingdale neighborhood of Washington, D.C., the victim of what police believe to be an attempted robbery gone bad. More than one year later, no suspect is in custody. The case remains one of the dozens of 2016 homicide cases yet to be solved in the area.

The conspiracy theories about Rich became prominent shortly after his death, when hacked e-mails were leaked to and published by WikiLeaks. The organization fueled the rumor that Rich was the leaker, by offering a reward for information leading to the apprehension of his killer. Founder Julian Assange even went on Dutch television, heavily implying that Rich had been murdered because he had given DNC e-mails to WikiLeaks.

Almost a year later, the rumor storm had quieted down — only to be kicked up again by Zimmerman's story, which, according to a CNN exclusive report, was botched during its rollout due to the rogue actions of its main source — Rod Wheeler. The story wasn't ready for publication, CNN reports, but Fox rushed it onto their web site after Wheeler gave an interview to WTTG one day before, in which he spilled the details of the pending report and said it would be published the next day.

Wheeler's lawsuit treated as a fait accompli the idea that Zimmerman's story was going to be published on May 16. That's in large part because Butowsky appeared to have been convinced it would be -- he even, according to Wheeler's lawsuit, sent an email to Fox hosts and producers suggesting talking points for discussing Zimmerman's article.

But a person familiar with the matter told CNN there was no concrete publish date. A reporter or their sources wanting a story to be published on a certain date doesn't necessarily mean that will actually happen.

Both the original lawsuit and the document supporting Fox's motion to dismiss note that Zimmerman sent an e-mail to Rich's father, Joel Rich, in which she wrote: "As you know, much of our information came from a private investigator, Rod Wheeler, who we understand was working on behalf of you." But Wheeler is not a licensed private investigator, and per Washington, D.C. code, it's unlawful to act in a private detective capacity without a license.

According to his lawsuit, Wheeler entered into a formal contract with the Rich family to investigate the murder on 14 March 2017 with all fees to be paid by Butowsky, who wired an upfront payment of $5,000 to Wheeler. But on 31 May 2017, private investigator and freelance journalist Jim McElhatton got Butowsky on the record in a story for the Washington City Paper, and Butowsky told him he had "never even inquired" and had "no idea" about whether or not Wheeler had a license. (Neither Butowsky nor Wheeler returned our phone calls or e-mails seeking comment.)

But the distinction, McElhatton told us, is important:

One reason it's important for investigators to be licensed according to the laws where they're working is the first thing you'll be asked in court if you have to testify is whether you're licensed. And if you say no, well, you might've blown your client's case right there. I don't know how Rod conducts his investigations or his views on licensing though I tried to talk with him. I tried in person, by e-mail, by phone and through an attorney, but I never heard back.

In general, though, whether you're thinking about becoming a PI or hiring one, I think it's good practice to research the relevant licensing rules in your jurisdiction — especially if you are going to investigate high profile murders and then go on national television talking about them. But that may just be me.

Philip Becnel, managing partner with the private investigative firm Dinolt, Becnel, & Wells, and author of the book  Introduction to Conducting Private Investigations: Private Investigator Entry Level, told us bluntly that investigating a case without being licensed to do so is against the law, even if the stringency about who can gain a license varies from state to state:

One is legal and one’s illegal — you can’t run around and say you're a lawyer when you haven't gone to law school and passed the bar exam. Having a private detective's license is similar to that. The reason states regulate industries like attorneys, accountants, and private investigators is because unregulated, there’s a lot of potential for unscrupulous or unqualified people to cause harm to the public.

Marraco, Marina. "Family's Private Investigator: There Is Evidence Seth Rich Had Contact With WikiLeaks Prior to Death."   WTTG. 15 May 2017.