The scope of the potential operation prompted fears about escalating immigration enforcement. 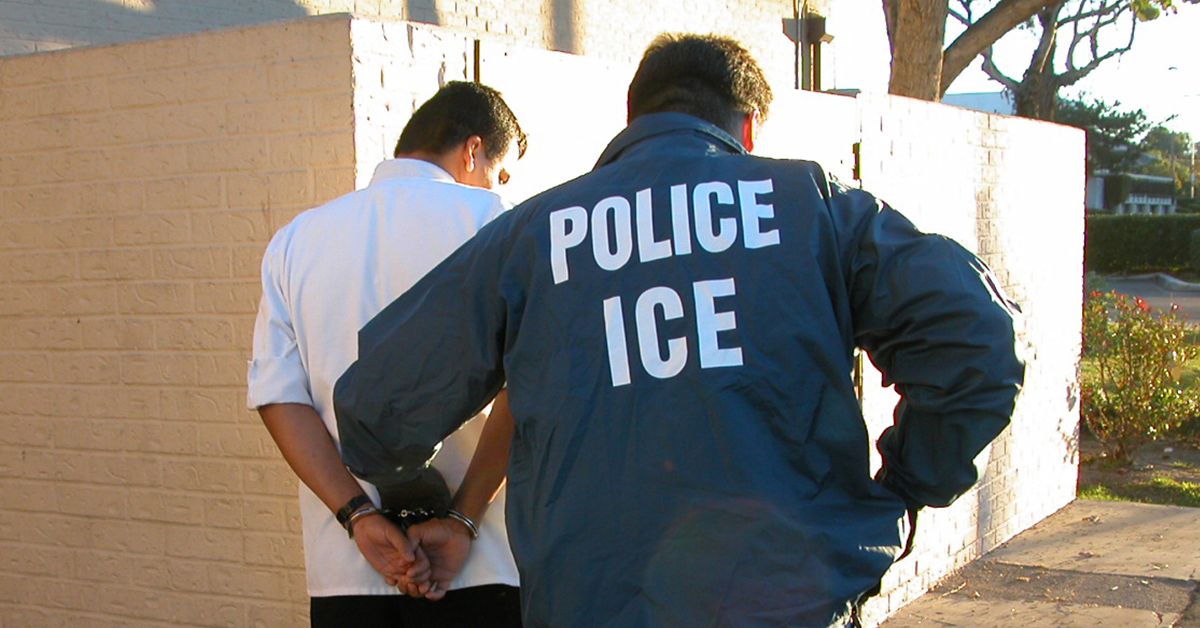 Just days after NBC News reported that Immigration and Customs Enforcement (ICE) was planning a massive deportation operation (dubbed "Operation Mega") for late September 2017 targeting 6,000 to 10,000 undocumented people, ICE released a statement announcing the operation had been cancelled due to catastrophic weather conditions brought on by Hurricanes Harvey and Irma.

In a statement sent to us by email the agency maintained "there is currently no coordinated nationwide operation planned for mid-September." But both the massive scale of the the aptly-named "Mega" operation and the abrupt cancellation following its revelation in the news through a leaked memo prompted immigrant advocates to question why such a massive operation was scheduled when southern border crossings are at record lows.

Pedro Rios, director of the San Diego office of American Friends Service Committee, a Quaker social justice organization, told us the scope of the operation points to the potential for escalation under a president who started his campaign expressing hostility toward immigrants. For one thing, Rios said, an operation that size is unheard of in recent history which could be a harbinger for things to come:

I don’t remember any operation that was targeting so many people at one time -- certainly there were some targeting a couple thousand, but never 8,400 to 10,000 people. When [Attorney General] Jeff Sessions was giving his speech about DACA, he did allude to other things like limiting legal migration as well. So the possibility for further action by the government to target people is definitely a concern.

Enrique Morones, founder of the migrant aid group Border Angels, told us that, despite the cancellation announcement, he doesn't know what's going to happen -- but rumors are flying, creating heightened fear in the community.

People are on pins and needles, and even if they see law enforcement show up for something which could be unrelated, they think it could be a raid. I don’t know if there's going to be one or not.

In a statement released to reporters, ICE officials said:

Due to the current weather situation in Florida and other potentially impacted areas, along with the ongoing recovery in Texas, U.S. Immigration and Customs Enforcement (ICE) had already reviewed all upcoming operations and has adjusted accordingly. There is currently no coordinated nationwide operation planned at this time. The priority in the affected areas should remain focused on life-saving and life-sustaining activities.

When we asked for clarification, we received a similarly-worded statement:

[T]here is currently no coordinated nationwide operation planned for mid-September. However, as the statement also makes clear, ICE fugitive operations teams will continue to target and arrest criminal aliens and other individuals who are in violation of our nation’s immigration laws, in non-affected areas of the country, as part of routine operations.

Morones said the wording of the statement left it unclear as to whether aspects of the operation could proceed so long as they were not coordinated nationwide.

Rios told us the Obama administration discouraged "collateral arrests," or the detention of people encountered by ICE by chance, and who may not be documented but don't have any criminal records at all. That approach has changed, Rios told us. Although ICE's public statements seemed to give the impression the agency continues to prioritize those with criminal backgrounds, an official who spoke to NBC News said the operation could result in collateral arrests.

Although it's unclear whether those captured in any potential raids would be immediately deported, Detention Watch Network policy director Mary Smalls told us ICE has the capacity to detain as many as 42,000 people on any given day due to contracts with mostly-private detention facilities -- and many of those contracts include wording that requires a minimum number of detainees to fill beds. But with southern border crossings down to record lows in 2017, Smalls said ICE has had to be more aggressive with raids and detentions in the country's interior to make up for the decline.

Smalls told us that case-in-point, 70 percent of the people caught up in a July 2017 sweep, which was the second phase of an operation known as "Border Guardian/Border Resolve" were "collateral" arrests -- a pattern advocates fear will continue. Smalls told us:

What is written into a lot of these facility contracts is a guarantee that a certain number of people will be detained and if not, ICE will pay them as though they are. The fact the whole thing is based off of a quota system tells you that this is not a self-restraining system. This is a system that’s going to go after as many people as it can.