Questions have been raised about how far the Kremlin will go. 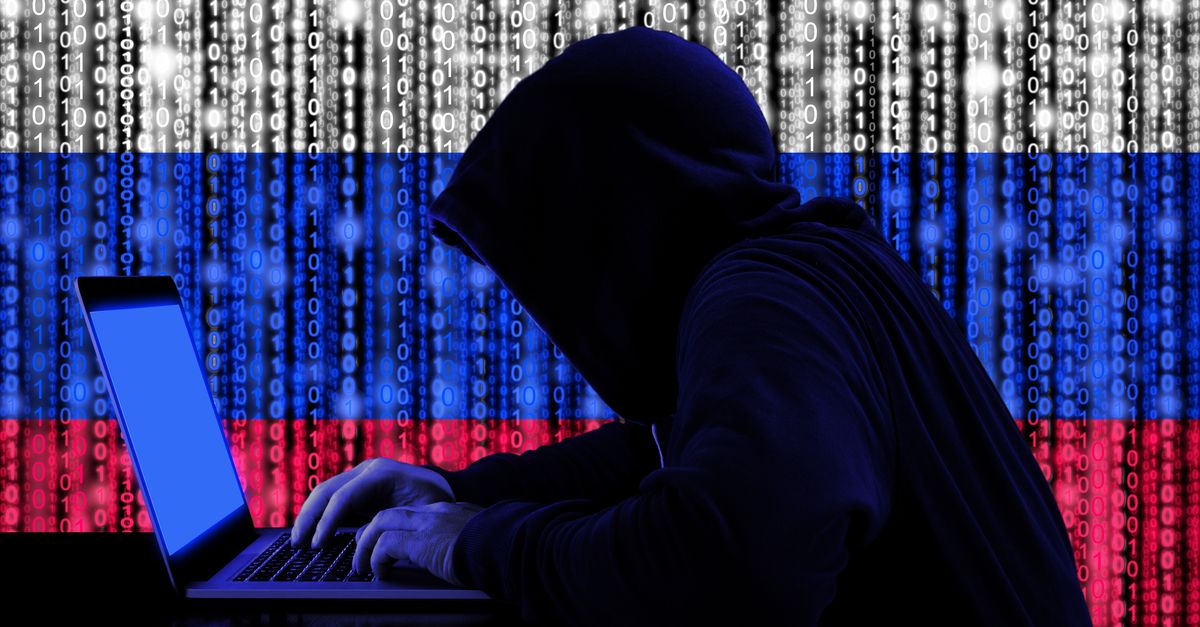 Years before Americans started using the term "fake news" in late 2016, Ukrainians had become all too familiar with dezinformatsiya, an old Russian term that translates in English to "disinformation."

It first came across the radar for the American public in the months leading up to the intensely divisive 2016 presidential election, and intelligence agencies have since confirmed Russia interfered using "active measures", a term going back to the Soviet era with a highly specific meaning: a campaign seeking to internally influence an adversary.  These legendary campaigns have been present in one form or another for decades.

On Russia's border, the effects of such a campaign have been more intense, and the results more deadly — in Ukraine, it sparked the outbreak of a hot war in the eastern region of Donbas in 2014, which to date has resulted in roughly 10,000 deaths and hundreds of thousands of internally displaced citizens. On 27 June 2017, Maksim Shapoval, a Ukrainian military intelligence colonel, was killed in a car bomb explosion in the center of the nation's capital, Kiev. Ukraine's defense ministry called the attack a "terrorist act".

Yevhen Fedchenko, co-founder of StopFake.org, a web site dedicated to fact checking and debunking false information spread the Kremlin, told us that Russia used "active measures" in Ukraine for years prior to the outbreak of the war. It may sound familiar to Americans who have kept abreast of election interference in the United States, where disinformation now bounces through a matrix of Kremlin-funded outlets like RT (formerly known as Russia Today) and Sputnik News and then is spread by bots and questionable web sites such as InfoWars and Zero Hedge — all exploiting and exacerbating social divisions in an effort to widen social rifts.

Fedchenko told us that a full decade before the war in Donbas broke out, the Kremlin utilized state-run media outlets analogous to RT and Sputnik (which were fully available to Ukrainian audiences) to propagate conspiracy theories, promote hate speech, and create general rifts between the east and west of the country, as well as Russian versus Ukrainian language speakers — controversies that Fedchenko told us were largely invented:

An integral part of Soviet active measures is to divide counties or international institutions just by finding different issues within each country that would be sensitive to a small group of people and exploiting those cracks. That’s exactly what happened in Ukraine -- they divided the country, east from west. Before that there was no line of division -- it was created from scratch. [They took] regional differences and exploited them.

That falls in line with what has happened in the United States. Clint Watts (a former Federal Bureau of Investigation agent and Foreign Policy Research Institute fellow) called the actions of the Kremlin in the U.S. "the second Cold War" during 30 March 2017 testimony before the Senate Intelligence Committee:

From these objectives the Kremlin can crumble democracies from the inside out, achieving two key milestones: One, the disillusion of the European Union; and two, the break-up of NATO.

Since the outbreak of open war with Russia, the Ukrainian government has outlawed many of those Russian television stations. More recently, in 2017, Ukrainian President Petro Poroshenko announced that the country would further ban widely-used Russian-owned social networks VKontakte (VK) and Odnoklassniki and the search engine Yandex in an effort to halt the spread of disinformation. Fedchenko reports that a StopFake survey carried out in February 2017 found a majority of Ukrainians — 58.3 percent — believe that Russian propaganda poses a national threat.

Mark Simakovsky, a senior fellow at an international affairs think tank called Atlantic Council, told us the campaign in the U.S. was tested on Russia's immediate neighbors before it was carried out on Americans:

To try to understand Russia’s intervention and undermining of the U.S. election you have to first understand Russia's use of active measures to undermine Russia own neighbors. The use of active measures, which are identified as disinformation, provocation, conspiracy theories, compromising material, that goes back to the Cold War. This is a tried and true Russian method to subverse and undermine countries to suit Russian objectives. The most recent examples of that are not only in Ukraine but also in Georgia, Estonia, Latvia and other countries in Russia's periphery.

The question on the minds of many in the United States is, now that the 2016 election has been hacked, what comes next? If we look to Ukraine, potential answers may be troubling.

On 20 June 2017, the technology news magazine Wired published an investigative report by journalist Andy Greenberg detailing two cyber attacks in 2015 and 2016 which were believed to have been carried out by Russia. Greenberg raises an alarming specter of what might happen if Russia chose to turn such cyber weapons on the U.S.:

An isolated incident of physical destruction may not even be the worst that hackers can do. The American cybersecurity community often talks about “advanced persistent threats”—sophisticated intruders who don’t simply infiltrate a system for the sake of one attack but stay there, silently keeping their hold on a target. In his nightmares, [cyber security expert Robert M.] Lee says, American infrastructure is hacked with this kind of persistence: transportation networks, pipelines, or power grids taken down again and again by deep-rooted adversaries. “If they did that in multiple places, you could have up to a month of outages across an entire region,” he says. “Tell me what doesn’t change dramatically when key cities across half of the US don’t have power for a month.”

The question is not so much whether Russians can carry out such an attack — it seems likely they can. The question is, rather, whether they would. Lee, a former member of the intelligence community who now runs the cyber security firm Dragos, told us in a phone interview such a scenario may be a plausible reality only if the United States and Russia were to engage in outright warfare. But even then, he said, American power grids would easily withstand the attack, and an outage wouldn't last very long before crews were able to get things up and running again. The grids would easily survive, he told us, but the risk is more political, resting on how the public responds and how fearful people become:

Do I think Russia will randomly turn off the lights? No, in the same way I don’t think they would randomly drop a bomb. There's more power in the fear.

Simakovsky raised the likelihood that the Kremlin will potentially use hysteria and fear over Russia's aggressive attacks on the U.S. election against the populace. To that extent, Lee pointed to the Twitter account of President Donald Trump, noting that the fact a sitting United States president is talking openly about Russian operations is probably an unintended success for the Kremlin.

For example, Americans on 26 June 2017 woke up to these messages, posted by their elected leader:

The real story is that President Obama did NOTHING after being informed in August about Russian meddling. With 4 months looking at Russia...

..under a magnifying glass, they have zero "tapes" of T people colluding. There is no collusion & no obstruction. I should be given apology!

On 27 June 2017, a ransomware attack crippled businesses across Europe and the United States, with the focal point being Ukraine. Although the source of the attack is as of yet unknown, Lee called it "fishy".

In a phone interview, Greenberg noted that the purpose of the cyber attacks on Ukraine are psychological in nature, while adding that Russian activities on the global stage have become more aggressive and unpredictable:

I doubt Russia would [carry out a cyber attack on the U.S.] in the current state of the world, but things could change. We have an unpredictable president and they have an unpredictable president. Having seen how deep they went with the US election, I wouldn’t bet against Russia doing anything at this point. They keep surprising us in terms of how far they’re willing to go with this new toy— the whole hacker brigade and the tools they have. They seem to be really pushing the limits....

All of this is a [psychological operation] on the Ukrainian populace and the wold, in addition to creating and honing weapons for other conflicts. [The Russians are] trying t change the perception of Ukraine, to make it look broken internally. They do that to weaken Ukraine's morale, and they're doing it so they can show other neighbors what happens to countries that oppose them.

They're also doing it for their own citizens — the main thing Russia doesn’t want is a flourishing Western-style democracy on its border because for its own citizens, that would be the wrong kind of model for [Russian President Vladimir] Putin. He doesn't want that to look possible.