The move, which is considered unusual, aims to bring more industry scientists into the EPA’s advisory committees. 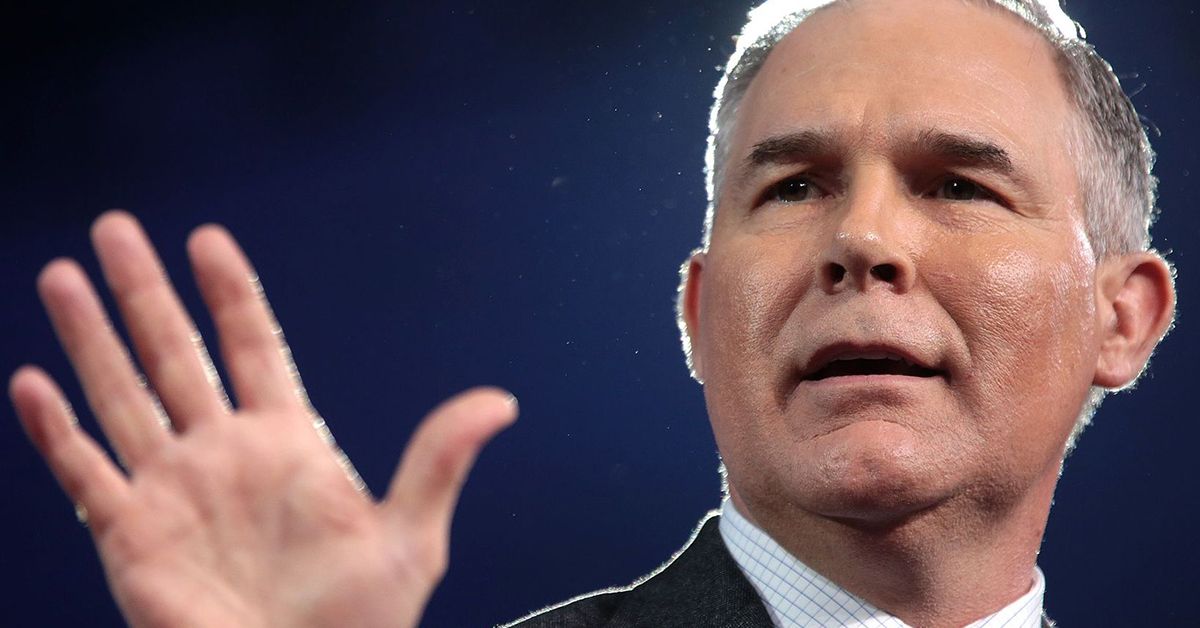 On 5 May 2017, Michigan State University environmental economist Robert Richardson tweeted that his appointment on the Environmental Protection Agency’s Board of Scientific Counselors (BOSC) was terminated, stating that the news was both unusual and surprising.

Richardson, who on Saturday tweeted, “Today, I was Trumped,” said that he was at the end of an initial three-year term but that members traditionally have served two such stints. “I’ve never heard of any circumstance where someone didn’t serve two consecutive terms,” he said, adding that the dismissals gave him “great concern that objective science is being marginalized in this administration.”

That board is described by the EPA website as providing:

...advice, information, and recommendations to EPA's Office of Research and Development on technical and management issues of its research programs.

It is composed of scientists and engineers from multiple backgrounds:

Members of the BOSC Executive Committee, subcommittees, and workgroups represent a distinguished body of scientists and engineers who are recognized experts in their respective fields. These individuals are drawn from institutions such as academia, industry/business, federal, state and local governments, non-governmental and environmental organizations, research laboratories, and other relevant entities.

On 6 May 2017, E&E News (a site for energy and environmental news) reported on Richardson's dismissal, as well as news that up to eleven additional members of the 18-member board would not have their terms renewed either — a major overhaul made possible by the fact that a majority of the terms expire this fiscal year. That report notes that the EPA disputes the characterization that these board members are being terminated or fired:

EPA spokesman J.P. Freire said the scientist's descriptions of being fired were not accurate. He said he is not sure which EPA official told the scientists they would be continuing to advise the agency, but 12 members were now dismissed. He said EPA had already received a number of applications for their replacements and would select candidates from that pool.

At least one other scientist whose term is expiring, University of Utah natural resource sociologist Courtney Flint, said in earlier reports that she had been given assurances that her term would be renewed as well. We reached out to Flint, who told us via e-mail that she was "unable to respond at this time". Richardson did not respond to our request for comment on this issue.

Many in the scientific community have expressed fears that the move is illustrative of a broader effort to make the agency friendlier to industry at the expense of objective science. That concern was articulated by Ken Kimmel, director of the Union of Concerned Scientists, to the New York Times:

“This is completely part of a multifaceted effort to get science out of the way of a deregulation agenda. [...] What seems to be premature removals of members of this Board of Science Counselors when the board has come out in favor of the E.P.A. strengthening its climate science, plus the severe cuts to research and development — you have to see all these things as interconnected.”

In that same article, the Times reported on statements made by chair of the House Committee on Science, Space, and Technology — U.S. Representative Lamar Smith (R-Texas) — in which he suggested during a congressional hearing that members of the EPA Science Advisory Board, a similar but larger committee of scientists, lacked objectivity because they received their funding from the federal government, and who would therefore have a vested interested in preserving the EPA's status quo:

In recent years, S.A.B. experts have become nothing more than rubber stamps who approve all of the E.P.A.’s regulations [...] The E.P.A. routinely stacks this board with friendly scientists who receive millions of dollars in grants from the federal government. The conflict of interest here is clear.

What is also clear, in this case, is the intent behind the Trump administration’s desire to restructure the board, as Pruitt (through a spokesperson) has explicitly stated that their goal is to bring more "industry scientists" into the picture:

A spokesman for the E.P.A. administrator, Scott Pruitt, said he would consider replacing the academic scientists with representatives from industries whose pollution the agency is supposed to regulate, as part of the wide net it plans to cast. “The administrator believes we should have people on this board who understand the impact of regulations on the regulated community,” said the spokesman, J. P. Freire.

Howard University chemical engineer and current BOSC committee member John Tharakan, whose second and final term ends this fiscal year regardless of the Trump administration's shakeup, told us that he is amazed by the effort to push more industry into the committee at the expense of objective scientists:

My reaction to Pruitt's spokesmen suggesting replacing unbiased and objective scientists dismissed from the BOSC with industry leaders is one of amazement and incredulity.  Asking industry leaders to critique and evaluate the science that the EPA's Office of Research and Development does to underpin the evidence based development of policies to protect the environment from the damage those industries cause is sort of analogous to asking the fox to watch the chicken coop!

We reached out to the EPA for more information, but it is unclear at this time exactly who and how many scientists are not having their terms renewed under EPA administrator Pruitt.

United States Environmental Protection Agency.   "About the Board of Scientific Counselors (BOSC)"     Accessed 8 May 2017.