Many saw the jeans, which were covered in fake "mud," as an insult to working people. 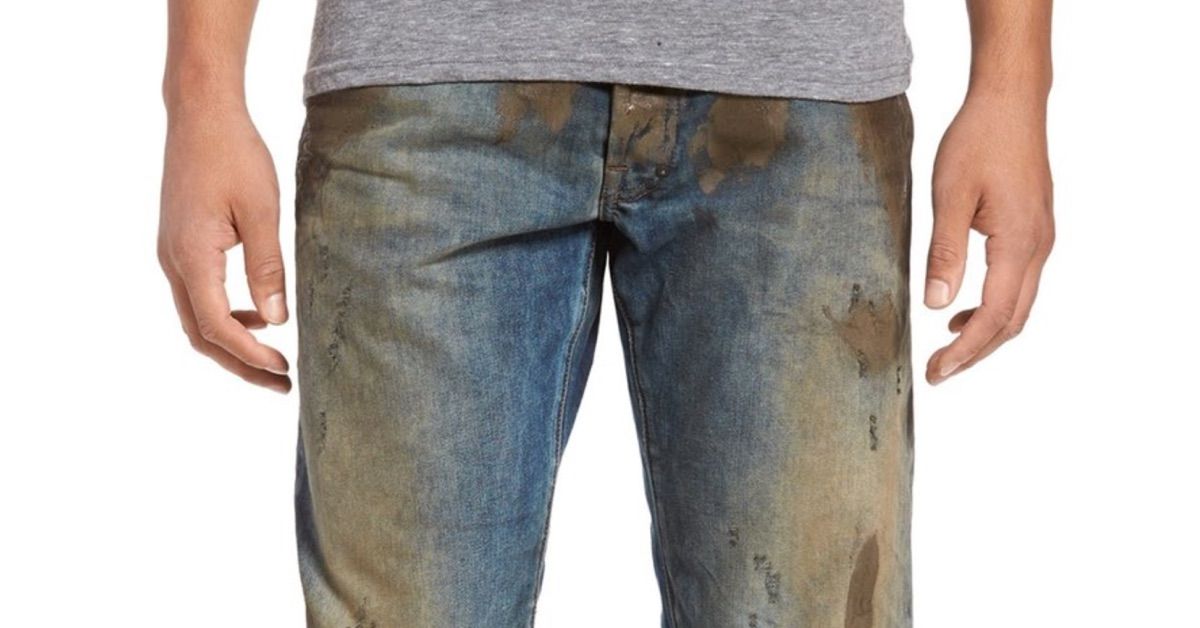 The retailer Nordstrom drew criticism in April 2017 for selling a pair of artificially-muddied jeans for $425.

The product came to wider attention after Mike Rowe, host of the Discovery show Dirty Jobs, which focused on the value of manual labor, criticized Nordstrom in a 24 April 2017 Facebook post:

Finally - a pair of jeans that look like they have been worn by someone with a dirty job…made for people who don't. And you can have your very own pair for just $425.00.

But forget the jeans themselves for a moment, and their price, and look again at the actual description. “Rugged Americana” is now synonymous with a “caked-on, muddy coating.” Not real mud. Fake mud. Something to foster the illusion of work. The illusion of effort. Or perhaps, for those who actually buy them, the illusion of sanity.

Nordstrom is selling fake dirty jeans for $425, figure I could sell some "Authentic" dirty Carhart pants fresh off the site for four fitty

It wasn't the first time that Nordstrom garnered attention for an expensive-but-silly product. In November 2016, the high-end department store made news for selling a rock in a leather pouch for $85.

Predictably, people flocked to Nordstrom's Facebook page to express their opinions about the $425 pre-muddied denim. Nordstrom did not immediately respond to criticism about the pricey jeans, save for one vague complaint on Twitter:

@bert_vargas Our apologies for any disappointment - if we can be of any assistance, please be sure to let us know. Thank you.