U.S. Military Confirms Use of 'Mother of All Bombs' In Afghanistan

The 21,000-pound bomb was used during an attack on a tunnel complex reportedly employed by the Islamic State terrorist group. 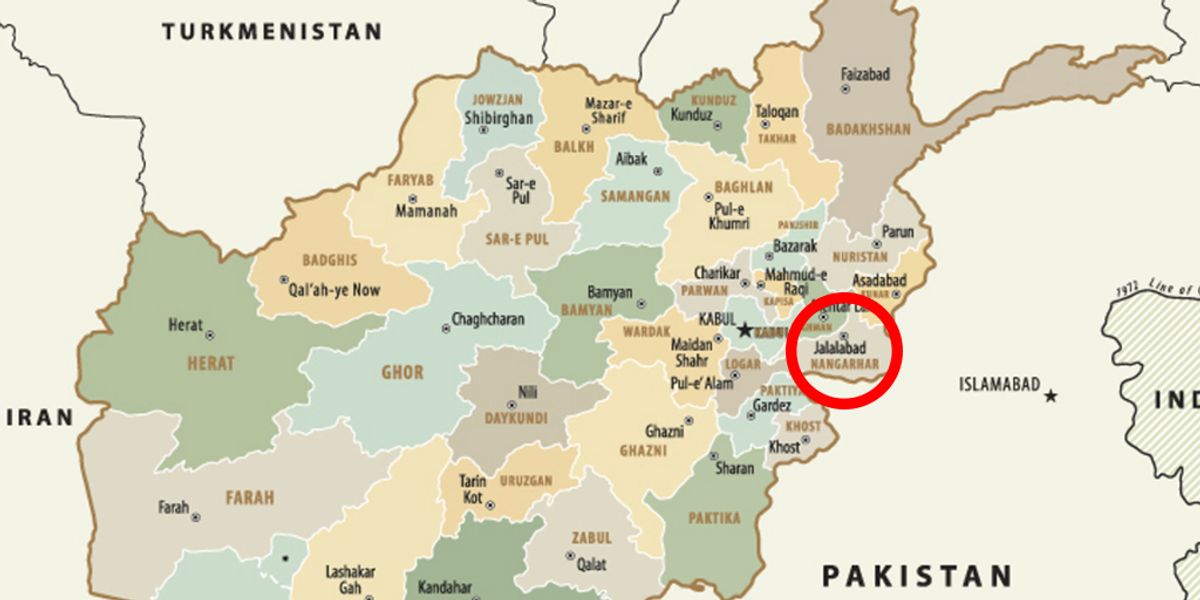 U.S. military forces in Afghanistan employed the most powerful non-nuclear bomb in their arsenal on 13 April 2017, marking the first time the weapon has been used in combat.

As ISIS-K's losses have mounted, they are using IEDs, bunkers and tunnels to thicken their defense. This is the right munition to reduce these obstacles and maintain the momentum of our offensive against ISIS-K.

According to the statement, "every precaution" was taken to avoid civilian casualties through use of the weapon, which has also been nicknamed the "Mother of All Bombs." The weapon was originally developed for use during the second U.S.-Iraq war but was never used. Its inventor, Albert L. Weimorts Jr., died in December 2005.

President Donald Trump called the bombing "another successful job" without mentioning it explicitly. He said:

Everybody knows exactly what happened. What I do is, I authorize my military. We have the greatest military in the world and they've done the job, as usual. So we have given them total authorization. That's what they've been doing. And frankly that's why they've been so successful lately. If you look at what's happened over the last eight weeks and compare that really to what's happened over the last eight years you'll see there's a tremendous difference, tremendous difference. We have incredible leaders in the military and we have [an] incredible military. We are very proud of them, and this was a very, very successful meeting.