Passenger Dragged by Force from a United Airlines Flight

Airport police bloodied a man's lip as they pulled him out of his seat to make room for United employees flying standby. 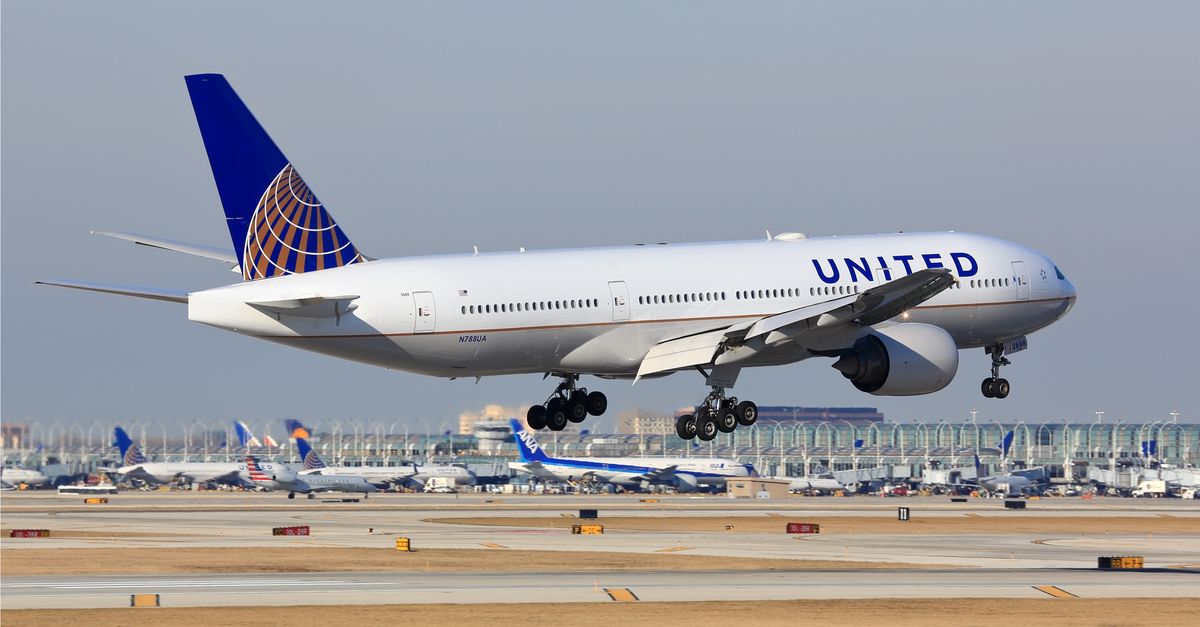 On 10 April 2017, various news publications and social media users began sharing videos that showed a man being forcibly dragged off an airplane by airport police. The video was filmed by fellow passenger Audra Bridges, who posted it to Facebook one day earlier:


Bridges, a passenger of United flight 3411 from Chicago to Louisville, posted the video with the following caption:

Please share this video. We are on this flight. United airlines overbooked the flight. They randomly selected people to kick off so their standby crew could have a seat. This man is a doctor and has to be at the hospital in the morning. He did not want to get off. We are all shaky and so disgusted.

More videos emerged on 10 April 2017 of the unnamed passenger, apparently traumatized and bleeding from the mouth, repeating "Just kill me" again and again while someone tells him to relax:

The man was apparently seated and ready for takeoff on the 9 April 2017 flight when United randomly selected him and his wife to make way for crew who needed to be in Louisville for a Monday departure. Witnesses reported on social media that he said he was a doctor who need to be back home to to see patients the following morning and refused to leave. He was then removed by force.

Bridges told the Louisville Courier-Journal that officials had said to passengers at the gate that the flight from Chicago to Louisville was overbooked, and offered them $400 and a hotel stay in exchange for giving up their seat:

Passengers were allowed to board the flight, Bridges said, and once the flight was filled those on the plane were told that four people needed to give up their seats to stand-by United employees that needed to be in Louisville on Monday for a flight. Passengers were told that the flight would not take off until the United crew had seats, Bridges said, and the offer was increased to $800, but no one volunteered.

Then, she said, a manager came aboard the plane and said a computer would select four people to be taken off the flight. One couple was selected first and left the airplane, she said, before the man in the video was confronted.

Bridges said the man became "very upset" and said that he was a doctor who needed to see patients at a hospital in the morning. The manager told him that security would be called if he did not leave willingly, Bridges said, and the man said he was calling his lawyer. One security official came and spoke with him, and then another security officer came when he still refused. Then, she said, a third security official came on the plane and threw the passenger against the armrest before dragging him out of the plane.

The man was able to get back on the plane after initially being taken off – his face was bloody and he seemed disoriented, Bridges said, and he ran to the back of the plane. Passengers asked to get off the plane as a medical crew came on to deal with the passenger, she said, and passengers were then told to go back to the gate so that officials could "tidy up" the plane before taking off.

Bridges did not respond to our request for comment.

The incident on United flight 3411 was not in accordance with our standard operating procedure and the actions of the aviation security officer are obviously not condoned by the Department. That officer has been placed on leave effective today pending a thorough review of the situation.

Another passenger who also took video of the incident corroborated Bridges' story. Jayse Anspatch posted his video to Twitter, along with a series of tweets explaining what had happened. The video shot by Anspatch shows a man being dragged off the flight by police with a bloodied lip and his glasses askew:

@United overbook #flight3411 and decided to force random passengers off the plane. Here's how they did it: pic.twitter.com/QfefM8X2cW

@WHAS11 #United overbooked and wanted 4 of us to volunteer to give up our seats for personnel that needed to be at work the next day.

@WHAS11 No one volunteered, so @United decided to choose for us. They chose an Asian doctor and his wife.

@WHAS11 The doctor needed to work at the hospital the next day, so he refused to "volunteer." @United decided to use force on doctor.

@WHAS11 A couple air port security men forcefully pulled the doctor out of his chair and to the floor of the aisle.

@WHAS11 In so doing, the doctor's face was slammed against an arm rest, causing serious bleeding from his mouth.

@WHAS11 It looked like he was knocked out, because he went limp and quiet and they dragged him out of the plane like a rag doll.

@WHAS11 10mins later, the doctor runs back into the plane with a bloody face, clings to a post in the back, chanting, "I need to go home."

In the videos, upset passengers can be heard asking if members of United's crew can be taken by rental car to Louisville to avoid displacing passengers, and admonishing the officers who forcibly took the screaming man off the plane. "You busted his lip," one man said.

"This is wrong, oh my God," a woman can be heard shouting. The passenger, who could be heard screaming as the officers pulled him from his seat, has not been identified.

This is an upsetting event to all of us here at United. I apologize for having to re-accommodate these customers. Our team is moving with a sense of urgency to work with the authorities and conduct our own detailed review of what happened. We are also reaching out to this passenger to talk directly to him and further address and resolve this situation.

The incident is not the only bit of bad press United has received. On 26 March 2017, United elicited an angry response when they would not allow two young girls to board a flight because they were wearing leggings.