Did President Trump Make It Legal to Dump Coal Mining Waste Into Streams?

A joint resolution headed for President Trump’s signature would repeal a law that limited mining companies’ ability to dump earthen mining waste into streams, but this resolution actually represents a return to a status that has been in effect, intermittently, since 1983. 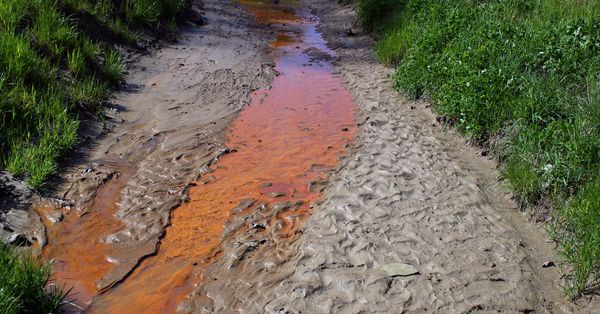 On 2 February 2017, the U.S. Congress passed a joint resolution to block implementation of an Obama administration coal mining regulation known as the Stream Protection Rule, which took effect on the final day of President Obama's term in office (19 January 2017). President Trump had campaigned on this issue, and his intention to rescind the rule was stated explicitly on his administration's transition team web site: "We will end the war on coal, and rescind the coal mining lease moratorium, the excessive Interior Department stream rule, and conduct a top-down review of all anti coal regulations issued by the Obama Administration."

One prominent aspect of this complex regulation was the codification and clarification of rules aimed at limiting the dumping of the earthen material removed to get to coal seams (material known as "excess spoil") into streams near surface mining operations, as described in a 20 December 2016 Department of the Interior press release:

While the Obama rule wouldn’t have been an outright ban on the practice of placing excess spoil in waterways, it did place strict regulations on where new permits could be issued based on their potential for surface water contamination. The main goal of regulations like these is to reduce the occurrence of an environmental hazard known as acid mine runoff, defined by the Environmental Protection Agency:

Acid mine drainage is the formation and movement of highly acidic water rich in heavy metals. This acidic water forms through the chemical reaction of surface water (rainwater, snowmelt, pond water) and shallow subsurface water with rocks that contain sulfur-bearing minerals, resulting in sulfuric acid. Heavy metals can be leached from rocks that come in contact with the acid, a process that may be substantially enhanced by bacterial action. The resulting fluids may be highly toxic and, when mixed with groundwater, surface water and soil, may have harmful effects on humans, animals and plants.

The GOP implemented resolution to rescind this law (which was signed into law by President Trump on 16 February 2017) have provided many news outlets with headlines in the vein of “Trump makes it legal to dump coal mining waste into rivers and streams.” Although the initiative to block the Stream Protection Rule will undoubtedly increase the number of permits issued to dump excess spoil into streams, it is more of a return to a vaguely established condition than an instance of newly enacted legalization.

Prior to the Obama administration's 2017 rule, the issue of surface water contamination through stream buffer zones was addressed by rules already in place. Problematically, though, these rules were exceedingly vague:

Coal mining is a messy business. In parts of West Virginia, Kentucky, and Virginia, mining companies often get at underground coal seams by blowing up the tops of mountains — a process known as mountaintop removal mining. Once that’s done, they’ll frequently dump the debris into the valleys below, which can contaminate streams and waterways with toxic heavy metals.

In theory, there’s a law to mitigate this. The 1977 Surface Mining Control and Reclamation Act says that companies should not cause "material damage to the environment to the extent that it is technologically and economically feasible." But that language is awfully vague. And the agency responsible for enforcing this law, the Office of Surface Mining Reclamation and Enforcement (OSMRE), hasn’t clarified what this language entails since publishing the “stream buffer rule” in 1983.

Within the many updates to mining regulations in the short-lived Stream Protection Rule, written by the Department of Interior’s Office of Surface Mining Reclamation (OSMRE), were new restrictions for mining permits in areas with potential for surface water contamination, as well as language clarifying a stricter definition of "stream buffer rules." A lack of clarity regarding buffer zone regulations that were meant to curb acid mine runoff was discussed in a history of stream protection published on the OSMRE web site:

In 1983, OSMRE issued a rule that required a 100-foot “buffer zone” adjacent to streams. Environmental groups have alleged that the 1983 rule is an outright prohibition on the disposal of excess spoil that buries streambeds, which could severely limit coal mining operations in Appalachia. Historically, OSMRE and some Appalachian states did not interpret the 1983 rule in this manner.

The Stream Protection Act was, in essence, the Obama administration's stab at the problem, an effort that began (like this new joint resolution) in the early days of his presidency. Similar to the February 2014 court ruling against the Bush Administration's 2008 Stream Buffer Zone rule, this joint resolution does not in itself legalize anything -- rather, it invalidates an update to the 1983 law, leaving plenty of wiggle room for interpretations friendlier to the mining industry.

115th Congress.   "H.J.Res.38: Disapproving the Rule Submitted by the Department of the Interior Known as the Stream Protection Rule."     2 February 2017.