Did President Trump Bring a Cheering Crowd with Him to Visit the CIA?

CBS News reported that Donald Trump’s team brought a cheering committee who was seated in the front three rows during his speech at CIA headquarters. 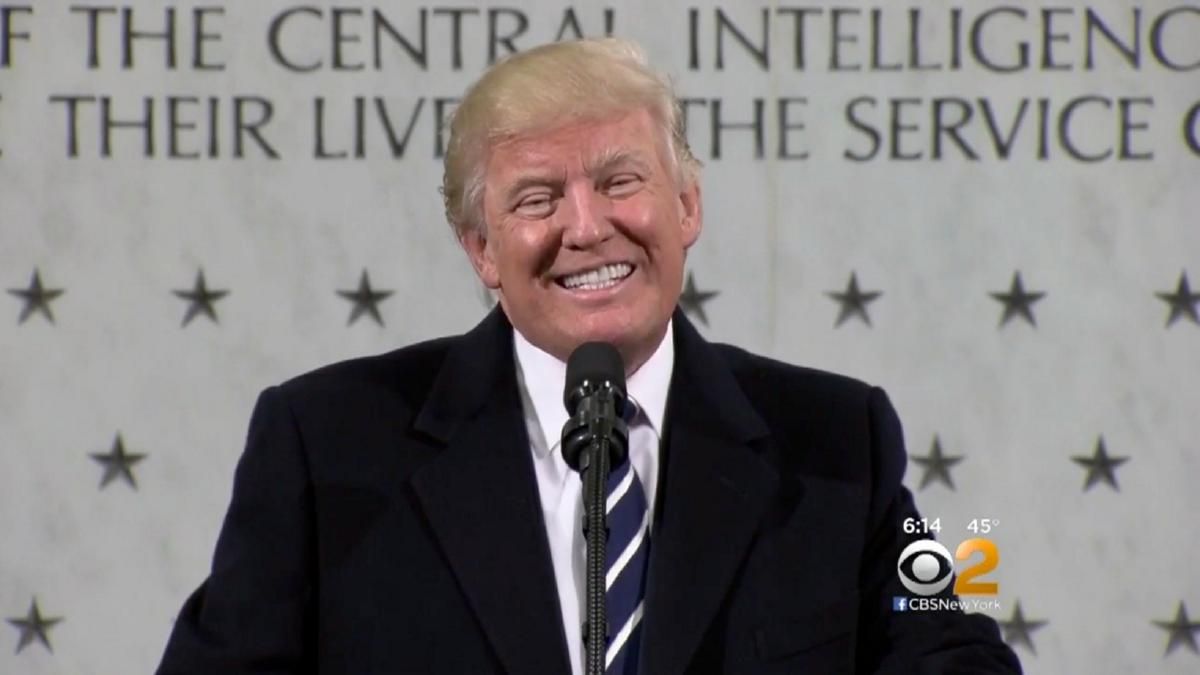 According to CBS News, an "uncomfortable" visit President Donald Trump paid to CIA headquarters on his second day in office (21 January 2017) left the U.S. intelligence community with a "sense of unease" and "made relations with the intelligence community worse," in part because the Trump team supposedly brought along a contingent of dozens loyal supporters who were seated in the first few rows to cheer his remarks — but the CIA's workforce supposedly didn't share in that cheering:

Authorities are pushing back against the perception that the CIA workforce was cheering for the president. They say the first three rows in front of the president were largely made up of supporters of Mr. Trump’s campaign.

An official with knowledge of the make-up of the crowd says that there were about 40 people who’d been invited by the Trump, Mike Pence and Rep. Mike Pompeo teams. The Trump team originally expected Rep. Pompeo, R-Kansas, to be sworn in during the event as the next CIA director, but the vote to confirm him was delayed by Senate Democrats. Also sitting in the first several rows in front of the president was the CIA’s senior leadership, which was not cheering the remarks.

White House press secretary Sean Spicer asserted during a press briefing two days later that the White House team had brought ten people at most with them to CIA headquarters:

QUESTION: Those with knowledge of who was in the room in the lobby of the CIA that senior leadership were not among those hooting and hollering and that were some 40 people who were in the first front rows who were brought in by Trump and Pence and Pompeo. I'd like to give you a chance to respond to that recording.

SPICER: I don't think that's accurate at all. In fact I think if you listen to the audio of it, you can hear the excitement that exists there. There were some people that had to be off camera for obvious reasons, but I think when you look at the number of people that were there, the audio alone speaks volumes to what had happened. I don't think that there's any question about that.

QUESTION: So the people in the front who were seen on camera, those were CIA employees?

SPICER: Honestly, I don't have a seating chart. I think we had a very small footprint going over there. I don't know who exactly went over. But, I don't know, maybe 10 people, at most. So, 10 out of 400, plus.

QUESTION: The people who were in the front row, so those were CIA employees?

QUESTION: Some of them were not?

Later in the briefing Spicer averred that no one sitting in the front row during the CIA visit was a member of the Trump contingent but demurred about who might have been seated elsewhere:

SPICER: I just got handed a note. All of the people -- no one in the front row was Trump. They were all CIA.

SPICER: That's what you asked.

SPICER: OK. I'll find out who the other two were. (LAUGHTER) I'm sorry, I just got you the front row, give me a second, I'll get the second and the third. Do you want to get to the fourth and fifth, or -- OK, let me see what I can do.

The CBS report went on to note that:

A source who is familiar with the planning of the president’s CIA visit saw Spicer’s briefing, however, and firmly denied Spicer’s response was accurate.

Officials acknowledge that Mr. Trump does have his supporters within the CIA workforce, many of whom were interspersed among the rank and file standing off to the president’s right.

There were about 400 members of the workforce who RSVP’d for the event out of thousands who received an invitation in their email. Officials dismiss White House claims that there were people waiting to get into the event.

Intelligence sources say many in the workforce were stunned and at times offended by the president’s tone which seemed to evolve into a version of speeches he’d used on the campaign trail.