That Viral GoFundMe Isn't Really About Protecting Betty White from 2016

A viral GoFundMe aimed at protecting Betty White from the clutches of 2016 was in fact a veiled effort to raise funds for children's arts programs. 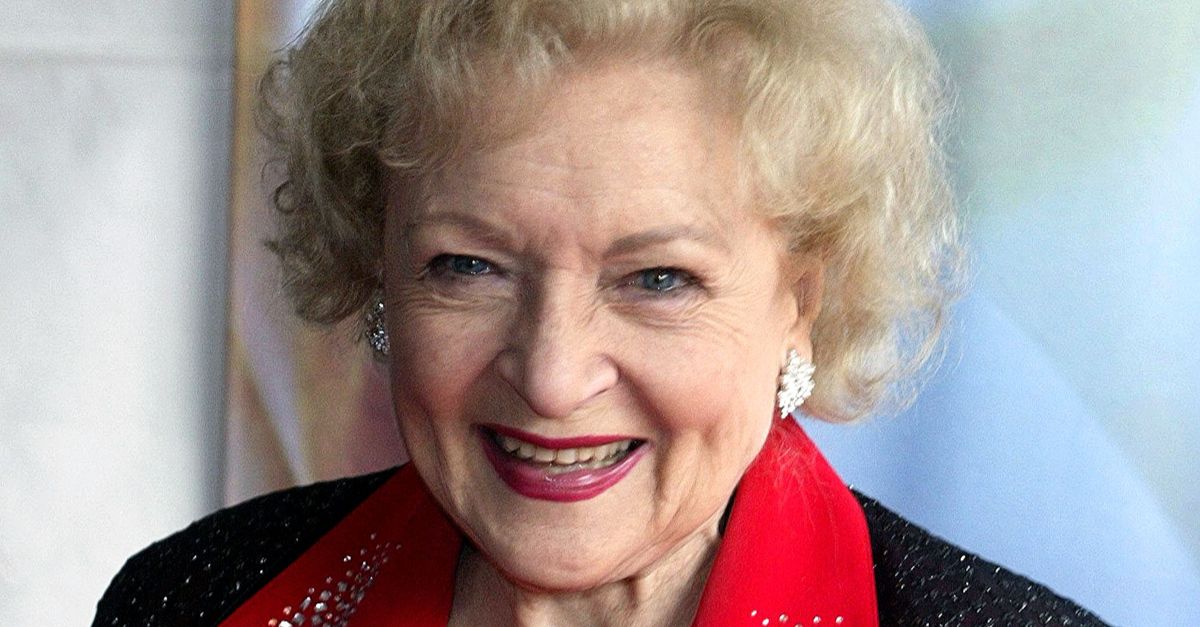 The 27 December 2016 death of actress Carrie Fisher led to lamentations anew about the purported deadliness of the current calendar year to celebrities, prompting one South Carolina man to create a GoFundMe crowdfunding effort aimed at protecting the life and health of nonagenarian television star Betty White.

Demetrios Hrysikos of Spartanburg is credited as the creator of the Betty White GoFundMe effort, accruing more than 25,000 shares and $2,700 of a $2,000 goal within a day of his publishing the plea. Of course, the description on the GoFundMe page mentioned no specific protective measures planned for White, and the viral effort was in fact a smokescreen for a separate charitable endeavor:

Help 2016 catch these hands if it goes anywhere near Betty White! If she's okay with it I will fly to where ever Betty White is and keep her safe till Jan 1 , 2017. Now , assuming she doesn't want a strange Greek standing gaurd outside her door all monies will be donated to the Spartanburg little theater to help craft new stars of stage and screen to carry mantle of the legends that have left is this year.

As Hrysikos noted, the plan wasn't really to ensure the 2016 version of the Grim Reaper didn't claim Betty White. Instead, the funds gathered were earmarked for a local theater in order to "help craft new stars of stage and screen to carry mantle of the legends that have left is this year." Hrysikos appeared to be surprised by widespread coverage of his Betty White stunt and added an update thanking the campaign's supporters:

HELLO EVERYONE ! Wow, I've been busy at work for a while and opened my phone to this kinda going viral. Firstly, id like to thank everyone who has donated and shared so far. Thank you SO MUCH! Secondly I had no idea this would go so far but I'm happy it did. The idea came to me after news of Carrie fishers passing to try and put a smile back on some people faces and do some good! Other than liking to support our local arts and having a friend who works at the little theater I don't have any connection to it, I just thought it would be a good place for any money made to go. 2016 has taken so many great artists and SLT helps support and nurture new budding talent in our town. I'd like to think that Betty, Carrie, and Bowie would be happy with any proceeds going to that cause, which I assure you it WILL! This has been unexpected but let's make it a good thing ! We need new artists to carry the mantel of all the great ones we lost this year so keep sharing and donating to ensure a better 2017 for the arts.

Although the GoFundMe campaign was not genuinely an effort involving the health and safety of Betty White, it did appear to earnestly be aimed at raising funds for a Spartanburg arts center, and Hrysikos pledged to follow through with a donation to that organization. And while Betty White has been a regular feature in death hoaxes on social media over the last several years, the star remains alive and well as of 28 December 2016.