The author began work on the childrens' classic at the encouragement of his family. 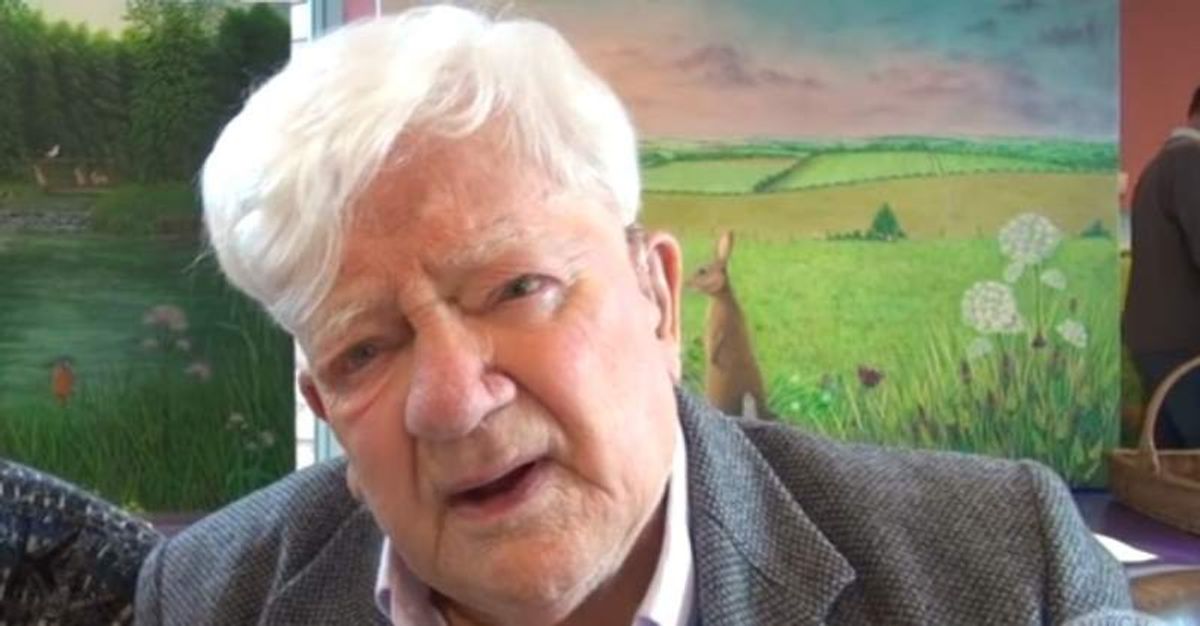 Richard Adams, author of the seminal childrens' novel Watership Down, died on 24 December 2016. The book's official web site announced Adams' death on 27 December 2016, in a brief statement that also quoted from the book:

Richard’s much loved family announce with sadness that their dear father, grandfather, and great-grandfather passed away peacefully at 10pm on Christmas Eve.

‘It seemed to Hazel that he would not be needing his body any more, so he left it lying on the edge of the ditch, but stopped for a moment to watch his rabbits and to try to get used to the extraordinary feeling that strength and speed were flowing inexhaustibly out of him into their sleek young bodies and healthy senses.

“You needn’t worry about them,” said his companion. “They’ll be alright - and thousands like them.”’

Born in Newbury, Berkshire in England, Adams had already served in World War II and was working in the British Civil Service when he began working on hi book in 1952, which he said originated as stories he would tell his daughters during long drives.

Well one day we were going to Stratford-upon-Avon to see Judi Dench in Twelfth Night. Before I said anything in particular my elder daughter, who was eight at the time, said 'Now daddy we're going on a long car journey, so we want you to while away the time by telling us a completely new story, one that we have never heard before and without any delay. Please start now!'.

This called for spontanaiety, it had to, and I just began off the top of my head: 'Once upon a time there were two rabbits, called eh, let me see, Hazel and Fiver, and I'm going to tell you about some of their adventures''

The book would go on to be adapted for multiple platforms, including a 1978 animated film that was nominated for a Hugo Award. A new animated adaptation is scheduled to be released in 2017.

Adams would go on to publish several more works, including the 1996 follow-up Tales From Watership Down and his autobiography, The Days Gone By.