Correctional officers were reportedly asked to leave a Tacoma Cheesecake Factory outlet because they were carrying weapons, but the restaurant chain explained that this was not corporate policy. 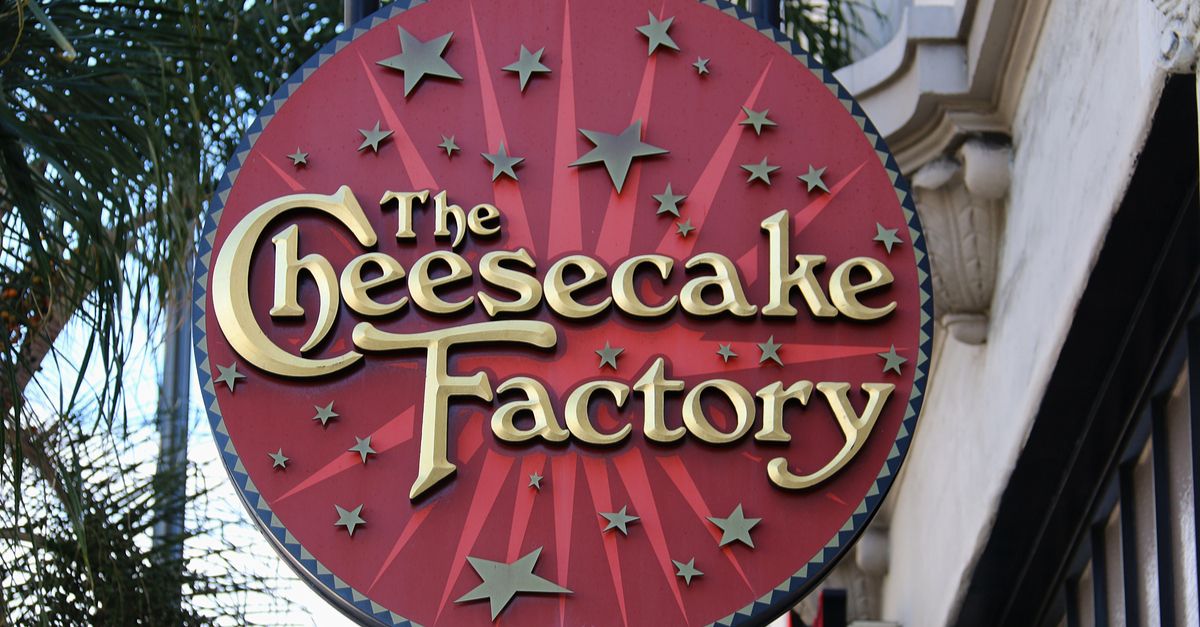 Image Via City of Angels / Shutterstock.com

On 20 December 2016, Washington State Corrections Officer Miriam Nichols posted a message to The Cheesecake Factory Facebook page explaining that she had been refused service for carrying her firearm into a Tacoma-area outlet of the restaurant chain:

I am local law enforcement and 5 coworkers and I were told to leave by the general manager, Will, of your Tacoma Mall location, because 3 of us were wearing our badge, gun and were visibly identifiable as on duty law enforcement. We were told the guns are not allowed whether you are law enforcement or not, they are not welcome. Everyone in our party were extremely upset at the lack of support we received at this location. One of our group members informed her husband who immediately contacted the establishment and was eventually routed to Will who told him that corporate has a strict no gun policy and that no person carrying a firearm, to include on duty law enforcement, we're not welcome to eat there. When we walked in, no one in our group saw any sign that said no firearms allowed.

According to a statement released by Cheesecake Factory Corporate Headquarters, uniformed officers are allowed to carry their weapons while dining, but, they said, the managers at a Tacoma Mall outlet misunderstood the policy:

Our policy is to allow uniformed and identified law enforcement officials to possess their service weapons on our premises. To the extent that there was a miscommunication of our policy, we sincerely apologize.

Miriam, our policy is to allow uniformed and identified law enforcement officials to possess their service weapons on our premises. To the extent that there was a miscommunication of our policy, we sincerely apologize.

Officer Nichols later posted to thank Cheesecake Factory "for reaching out and making [the situation] right":

Cheesecake Factory has contacted our headquarters and communications division and they are working on reaching out to all officers involved to rectify the situation. They have stated that the manager in question was misinformed of the policy and as such, mishandled the situation completely. They have stated their policy is TO ALLOW and WELCOME law enforcement on or off duty, carry firearms concealed or open carry into their establishment. Thank you Cheesecake Factory for reaching out and making it right.

The Tacoma News Tribune quoted DOC spokesman Jeremy Barclay as noting that “It was a misunderstanding, and they’re rectifying that situation. [Cheesecake Factory] actually support law enforcement officers being in their restaurant and having their service weapons on them.”

It's unclear whether the restaurant chain has an official "no guns" policy for civilians. We've reached out to the Cheesecake Factory for comment on that issue.