A Pennsylvania shelter rescued and treated a calico cat with "pounds" of seriously matted fur. 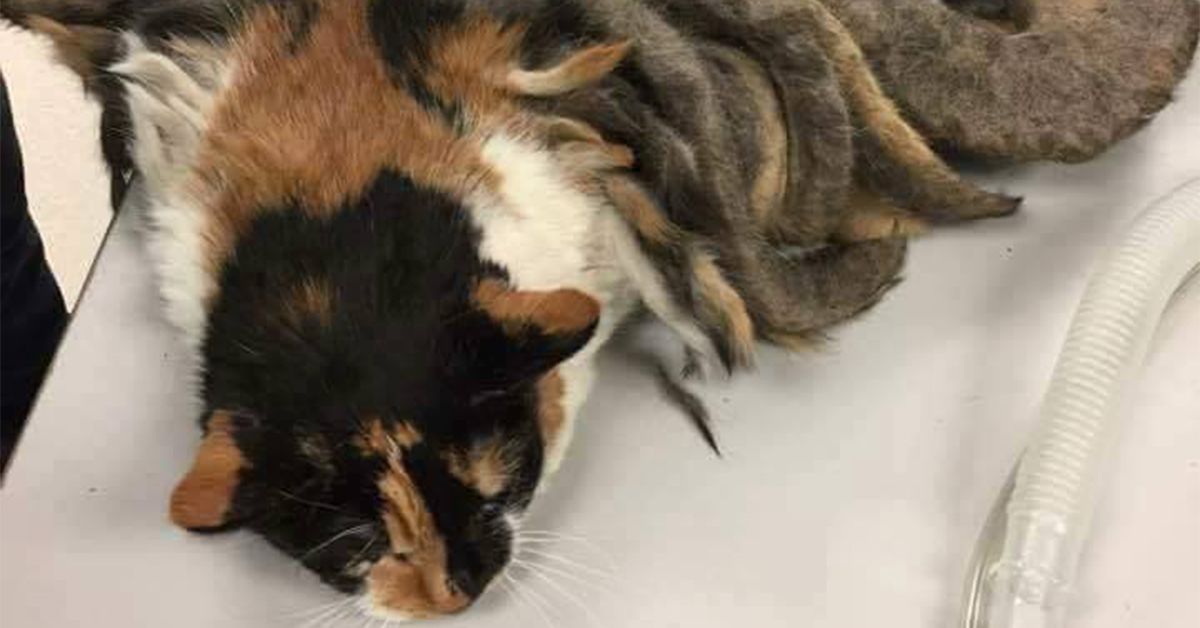 On 16 December 2016, People magazine posted a story about a calico cat named Hidey who had so much matted fur on her that she looked like she was dragging around multiple cats.

The story was taken from a Facebook post by the Pennsylvania's Animal Rescue League shelter, who said the cat (which looked as if it were sporting dreadlocks) was brought to them on 15 December 2016 after her elderly owner went into a nursing home:

According to the shelter's web site, the Animal Rescue League Shelter and Wildlife Center is nearly 100 years old and has an "open door policy," meaning they don't turn any animals away in need of help.

The Facebook post showed the cat, which looked to be sedated, being groomed with clippers to removed the heavily-matted fur. She had been taken in by a distant relative of her deceased owner: The shelter didn't provide details about the cat, such as her age or general health, but they said her new home would provide her with a "chance at a happy and health life." They said the incident should remind people to "not only check on the elderly in your community, but also check on their animals to prevent instances like this from happening in the future."