Ceasefire in Aleppo After City Bombarded by Government Forces

An agreement has been reportedly been reached to allow opposition forces and civilians to vacate the Syrian city. 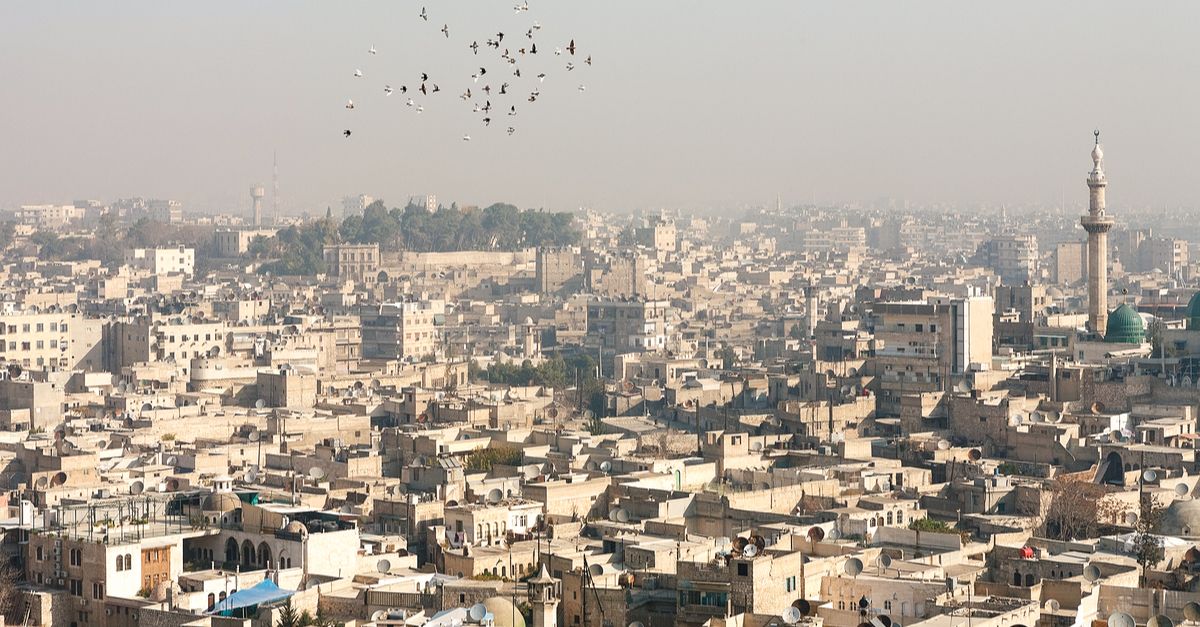 Amid harrowing reports of slaughter by government forces of civilians in the Syrian city of Aleppo, a Russian envoy and rebel announced in a statement to media that a ceasefire has been reached, allowing civilians and remaining fighters to evacuate.

The reported deal on 13 December 2016 comes one day after the United Nations reported that pro-government forces killed at least 82 civilians, including women and children. According to NBC News, the ceasefire was brokered by Turkey and Russia:

"My brothers, cease fire in all neighborhoods of besieged Aleppo city, total ceasefire but all units be prepared in case of any breach of the ceasefire," Alfarouq, the leader of the Ahrar al-Sham rebel group, who negotiated the deal, declared in a statement. "Now it is a ceasefire but it's still in the beginning (and) might fail. So cease fire, but stay on high alert. God bless you."

There was no immediate confirmation of the agreement from the Syrian government, which has been waging a brutal campaign to recapture what was once the country's biggest city — and which is now in ruins.

Meanwhile, report after report emerged of people trapped in Aleppo filming farewell messages from the besieged city and posting them to social media in anticipation of their imminent deaths. One activist told the British publication The Independent:

Anyone who knows anything about the Assad regime should know what to expect. Death will be a wish for those captured and deemed [to be] opposition, weather [sic] military or civil.

According to several media reports, there is confusion about what the ceasefire means and who will be allowed to flee:

Officials said the evacuations might begin as early as Tuesday evening or Wednesday morning.

But there was immediate confusion over the details. Rebels, activists and aid workers in eastern Aleppo said they had been informed that civilians and fighters could all leave under the deal to rebel-held areas, satisfying a central demand that both civilians and fighters have an option to avoid going to government-held areas, where they fear arrest and other reprisals.

But Vitaly I. Churkin, the Russian envoy to the United Nations, said the evacuation was only for fighters. He said that because the Syrian government would then be in control, there was no need for civilians to leave.

The violence in Syria's largest city is the culmination of four years of fighting between rebel and the government forces of Bashar al-Assad. As of 13 December 2016, the United Nations had received accusations that Assad's forces shot civilians, including women and children, in their homes or in the streets as they attempted to flee.