On the heels of a victory for pipeline demonstrators, a blizzard caused road closures and inches of snow. 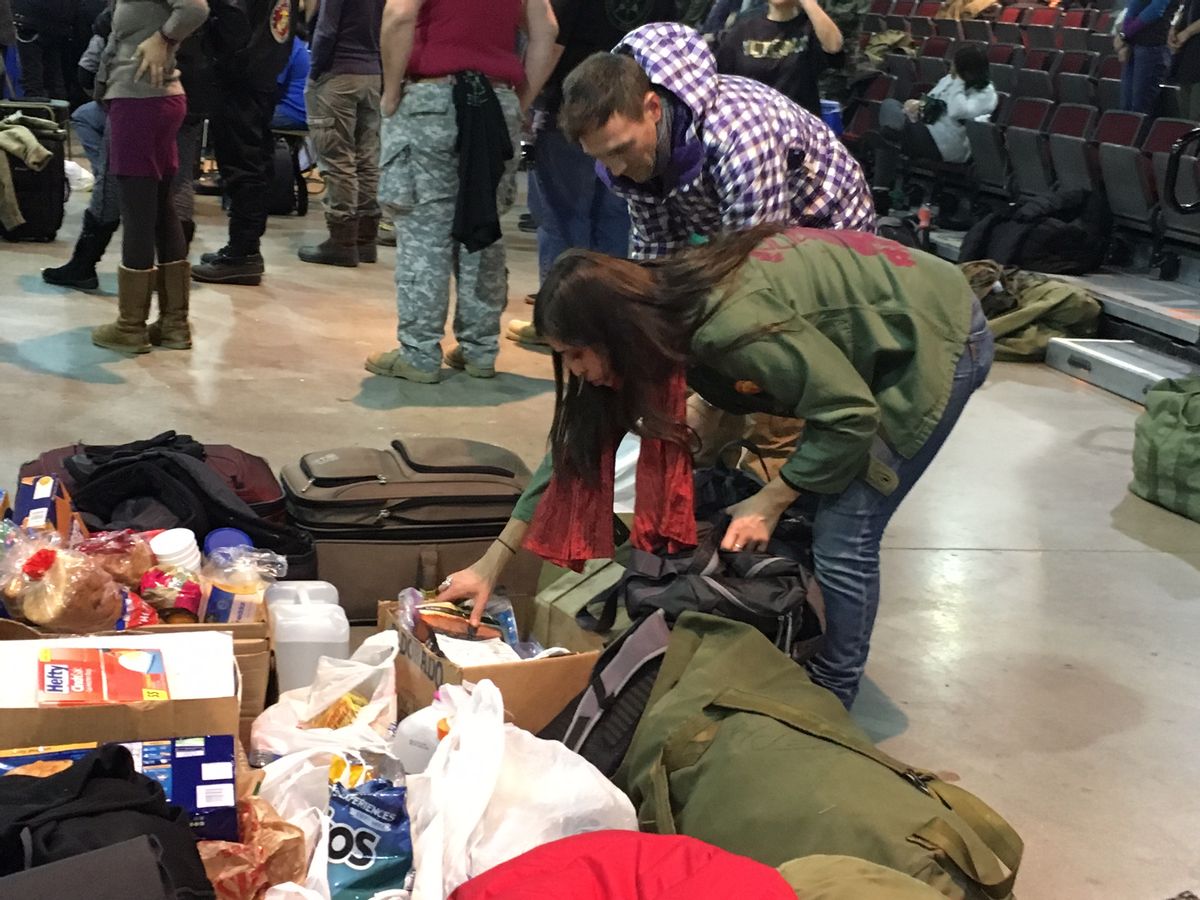 A blizzard in North Dakota starting on 5 December 2016 caused road closures, flipped vehicles and created an emergency at the Standing Rock protest encampment, forcing an evacuation of some demonstrators, including elderly, people with medical conditions and those who did not come prepared for severe weather.

Demonstrators had been camped out at the Oceti Sakowin camp since April 2016 in a successful effort to stop a $3.7 billion oil pipeline that would have crossed under the Missouri River. The Standing Rock Sioux tribe bitterly opposed the project over concerns it would destroy sacred sites and access to safe drinking water. They also contest the federal government's control of the land, arguing an 1851 treaty granted it to them in perpetuity.

On 4 December 2016, thousands of U.S. military veterans mobilized to support the tribe in a massive mobilization called Veterans Stand for Standing Rock. The next day, the Army Corps of Engineers (which manages the land) announced that the pipeline company, Energy Transfer Partners, could not proceed with the project without an Environmental Impact Statement, effectively blocking the pipeline for the time being.

But a snow storm stranded demonstrators at the camp in freezing temperatures, while rescue efforts were hampered by a bank refusing to release funds needed by organizers of the veterans event, and road blocks put in place by authorities that hindered access to the nearest hospital, according to a volunteer doctor.

Despite the harsh conditions, there were no fatalities as of 6 December 2016, and the bulk of emergencies consisted of hypothermia, according to Dr. Rupa Marya, a volunteer physician at the Prairie Nights Casino, which became a spontaneous storm shelter where hundreds of demonstrators were stranded:

We are asking everyone without adequate winter structures and sources of heat to get to safe winter accommodations.

Marya said that Highway 1806, a major thoroughfare to and from the protest site, has been blockaded by authorities, which prevents many demonstrators from access to the local trauma center. Meantime, while organizers scrambled to bring demonstrators to shelter and supplies out to those who remained at the camp, the M&T, the bank holding their donated funds wouldn't release money beyond the amount of the daily withdrawal cap. The group had raised a whopping $1.1 million for the veterans action:

MAJOR: After the last hour on the phone @MandT_Bank is refusing to release our funds to rescue those trapped in Blizzard at Standing Rock.

Hours later, the group announced the bank cooperated with their request:

Thank you everyone. 5 hrs later, but we have our money now. @MandT_Help #VeteranStandingRock — Michael A. Wood Jr. (@MichaelAWoodJr) December 6, 2016

The group was ultimately able to deliver emergency supplies and remove vulnerable people from the camp as of the evening of 6 December 2016. Hundreds reportedly remain at the camp.