A criminal investigation has been opened into the blaze at the "Ghost Ship" building. 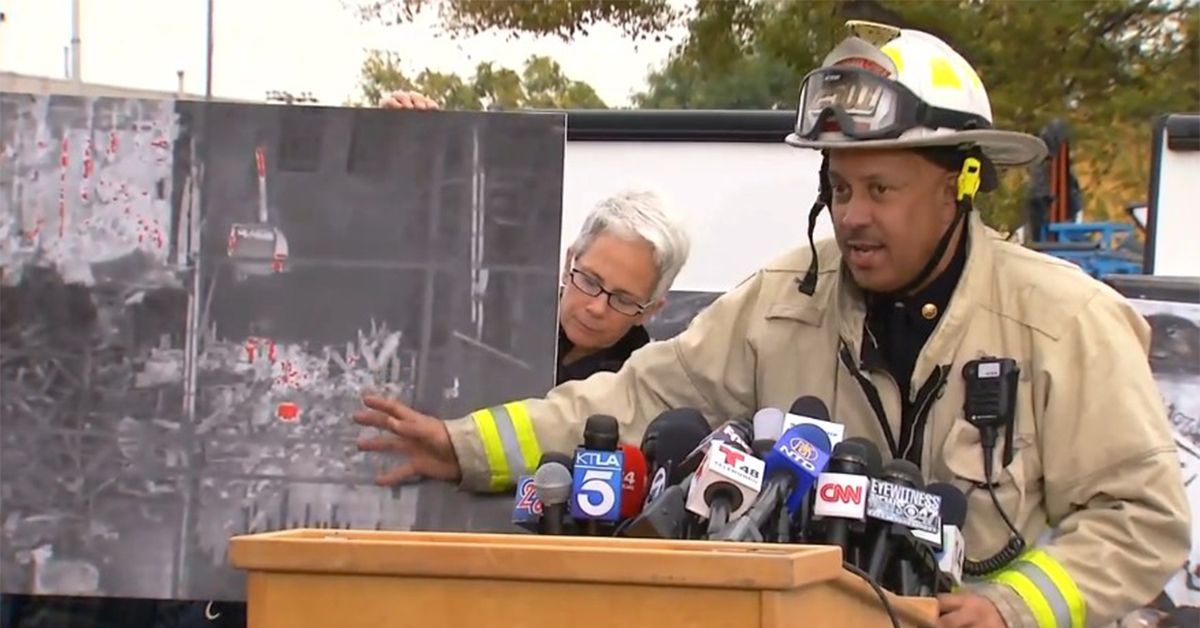 Alameda County Sheriff Gregory Ahern said during a joint press conference on 5 December 2016 that 33 of the victims had been "tentatively identified." The three international victims were from Finland, Guatemala, and South Korea, respectively. Another 50 people were still unaccounted for following the blaze inside the building, known locally as the "Ghost Ship," but Ahern said he did not expect "any more huge numbers" of casualties.

Local District Attorney Nancy O'Malley reiterated during the press conference that her office had launched a criminal investigation into the incident, adding that it was "too early to speculate on anything" related to possible charges in connection with the fire.

However, she did not confirm whether prosecutors had interviewed Derick Ion Almena, who rented the building out for a dance event and also founded a cooperative living space for local artists. Almena gave a brief statement about the dead to a local television station on 4 December 2016:

The warehouse was not legally permitted as a living space, a residence or an event space.

The cause of the fire has not been identified, but Deputy Fire Chief Darin White said investigators had "narrowed the area" where it started to the rear of the building.