The Army Corps had initially set a 5 December 2016 deadline to move protesters off their current location to a nearby "free speech zone." 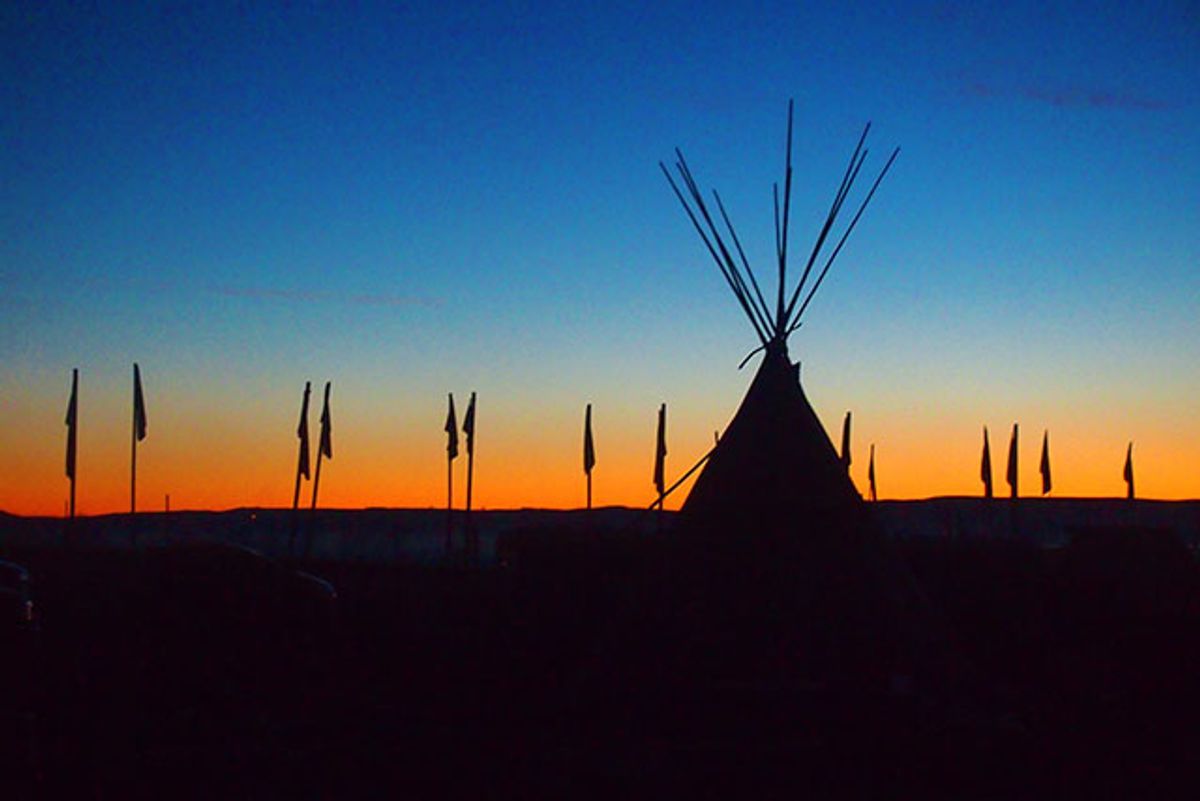 Image Via United Church of Christ/Flickr

Just days after setting an ultimatum for demonstrators encamped at the site of the Dakota Access Pipeline in North Dakota, the Army Corps of Engineers walked back their 5 December 2016 deadline to move the camp from its current location.

On 26 November 2016, the day after the Thanksgiving holiday, the Army Corps announced that hundreds of protesters, who have been at the campsite in Cannon Ball, North Dakota, would have to vacate the camp or face arrest (the protest site is on land managed by the Army Corps). Demonstrators would be moved to a "free speech zone" just south of the current site. The tribe's chairman, Dave Archambault II, said in a statement the tribe would stand its ground, and further pressed U.S. President Barack Obama to stop the pipeline:

Our Tribe is deeply disappointed in this decision by the United States, but our resolve to protect our water is stronger than ever. We ask that all everyone who can appeal to President Obama and the Army Corps of Engineers to consider the future of our people and rescind all permits and deny the easement to cross the Missouri River just north of our Reservation and straight through our treaty lands.

On 27 November 2016, the Corps seemed to reverse course, and announced in a statement to media that there are "no plans for forcible removal" of protesters (or water protectors, as they have identified themselves). The Corps is instead "seeking a peaceful and orderly transition to a safer location."

Meanwhile, as many as 2,000 U.S. military veterans announced they are mobilizing in an effort to protect the camp at its current location. Michael A. Wood, Jr., a Marine Corps veteran and former Baltimore police officer, said the event drew so much interest that organizers were forced to cap the number of participants at 2,200. The group has as of 28 November 2016 raised more than half a million dollars form supporters. The veterans plan to wear their military uniforms, with the intention of drawing media attention. Wood told us:

This is literally what we swore to do -- to protect the citizens of America from enemies both foreign and domestic. Just because someone pretties it up with a badge and uniform doesn’t mean it isn’t violence against our people.

The group had planned the event, Veterans for Standing Rock, for December 4 through December 7 in solidarity with the Standing Rock Sioux.

The Standing Rock Sioux have stood in opposition to the pipeline, launching their demonstration in April of 2016. They have attracted increasing attention as the loggerheads between the tribe and Energy Transfer Partners, the builder of the $3.8 billion project, have continued. The Sioux claim the pipeline threatens to destroy sacred sites and the safety of their water supply. However, Energy Transfer Partners refuses to reroute the project, with CEO Kelcy Warren saying, "There's not another way. We're building at that location."

On 20 November 2016, Sophia Wilansky, a 21-year-old activist from New York, was badly injured by what witnesses say was a concussion grenade. In a statement made through her father, Wayne Wilansky, she said a police officer tossed the grenade at her, which exploded on contact with her forearm and blew away most of her lower limb. Police have said they used no such device and denied causing Wilansky's injury. Surgeons are currently working to save her arm.