Supporters of Donald Trump engaged in a social fad via Starbucks and the hashtag #TrumpCup. 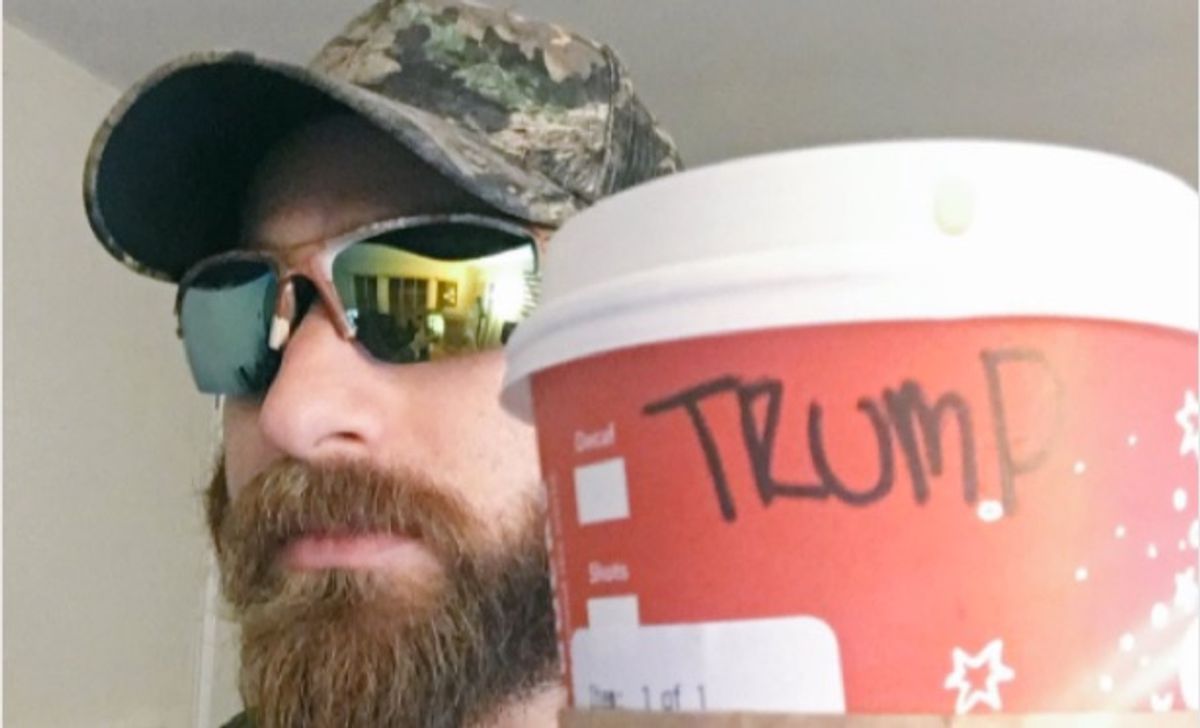 The fertile political soil of Starbucks cups has once again sprouted a lively debate with the social media-based fad known as "#TrumpCup."

On 18 November 2016, prominent Twitter user @bakedalaska advised supporters of Donald Trump to provide the name "Trump" to baristas at Starbucks when placing an order. Anticipating pushback, the user also urged fellow participants to film any Starbucks staff refusal to do so:

1) Go to Starbucks & tell them your name is Trump

2) If they refuse take video

The user (whose Twitter bio lists him as the inventor of #TrumpCup) subsequently took issue with framing of the initiative as a "protest":

He also tweeted an open letter to Starbucks underscoring that the #TrumpCup was not a protest of any description, and then offered well wishes to the brand:

At least one separate user uploaded video of what he said was a Starbucks employee refusing to provide his #TrumpCup, and threatening to call the police:

Media coverage of the #TrumpCup trend widely billed it as a protest (often critically), although no participants seemed to indicate that they were objecting to anything.

Before #TrumpCup, Starbucks cups were the subjects of controversy (real or imagined) in 2015, when a plain red holiday design was claimed to be "anti-Christian," and in November 2016, when a special green cup was claimed to be a holiday cup intended to placate or appeal to Muslims.