Fake news may be a bad thing, but not all bad news reporting is "fake," and that distinction should be kept clear. 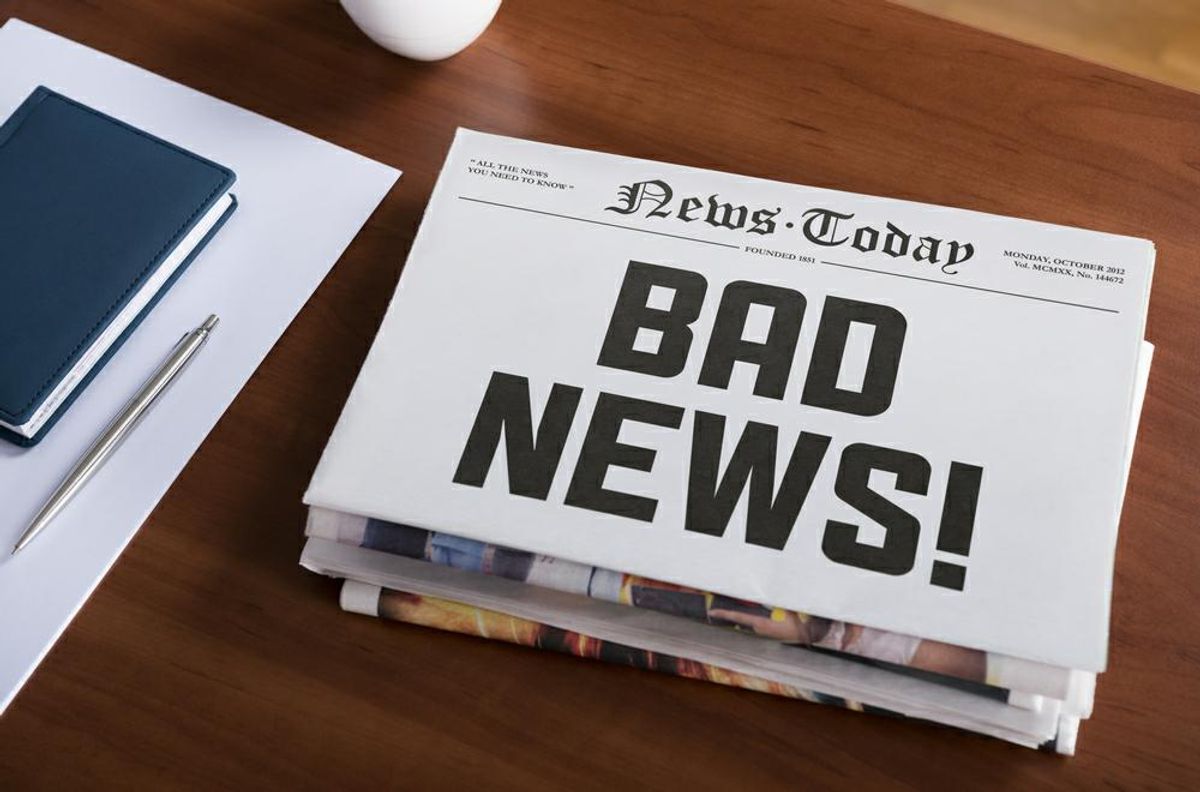 In the days since the 8 November 2016 presidential election, news outlets have been rushing to cover a phenomenon we here at snopes.com have been dealing with for many years, one that is only now finally becoming widely recognized, addressed, or understood: the plague of bad news on the Internet. Unfortunately, that phenomenon is commonly being referred to as a "fake news problem," a term that itself may be nearly as misleading as the issue it seeks to address.

Certainly, the online world is full of fake news — fabricated stories set loose via social media with clickbait headlines and tantalizing images, intended for no purpose other than to fool readers and generate advertising revenues for their publishers. Many fake news purveyors claim to be working in the field of "satire," but their work is not satirical by any standard definition of the term: it isn't ironic or arch or funny, it doesn't prompt debate of social issues by holding them up to derision, it doesn't ridicule any particular set of human follies or vices. In short, it "satirizes" nothing other than the tendency of many people to accept false information presented to them in a news format as if it were real news (a tendency deliberately encouraged by so-called "satirists" who publish their work on sites that are deliberately designed to resemble those of real news outlets, that mimic the trademarks and URLs of legitimate news organizations, that hide fabricated stories amidst real news items, and that bear no disclaimers or tags identifying the content as humor).

But just as the term "urban legend" (which has a specific folkloric meaning) was long ago co-opted to broadly refer to any narrative that is false or questionable, so the term "fake news" is now being used so broadly as to blur important distinctions.

There is much bad news in the online world, but not all of it is "fake" (i.e., completely fabricated information that has little or no intersection with real-world events). There are also partisan political sites that take nuggets of real news and spin them into highly distorted, clickbait articles. There are sites that misleadingly repackage old news as if it were current information. There are sites that aggregate articles from a variety of dubious and questionable sources. There are sites (especially in the fields of health and science) that believe they're presenting pertinent information but are woefully inaccurate in their information-gathering and reporting. These forms of news are all bad in one way or another, but broadly classifying all such information as "fake news" clouds an already confusing issue.

Even worse, the term "fake news" is now being so broadly applied as to refer to news outlets that evince a political slant (or, currently, those perceived as having "helped Donald Trump get elected").

Those on the more liberal end of the political spectrum might decry Fox News Channel programming or the National Review's reporting as "biased" and unreliable, just as those on the more conservative end of the spectrum might similarly dismiss MSNBC's programming or The Nation's reporting. But we would be entering perilous territory if we started tagging every news source with a strong partisan political viewpoint as "fake news."

Yes, such outlets may slant stories to appeal to their target audiences, they may cover issues less comprehensively or evenly than more neutral news organizations would, they may select which subjects to cover more for their value in provoking shock and outrage than their overall importance — but that doesn't mean their output is "fake," that it's totally inaccurate, or that it's completely based on unvetted sources.

Conservative and liberal news reporting isn't a new phenomenon, and it isn't one we should be seeking to stifle by deriding it all as "fake news." The fictions and fabrications that comprise fake news are but a subset of the larger bad news phenomenon, which also encompasses many forms of shoddy, unresearched, error-filled, and deliberately misleading reporting that do a disservice to everyone.

Addressing the plague of bad news online should be a non-partisan effort, and in the coming days we'll be unveiling tools (beyond our multiple daily debunkings) here at snopes.com to help our readers more easily identify bad news.